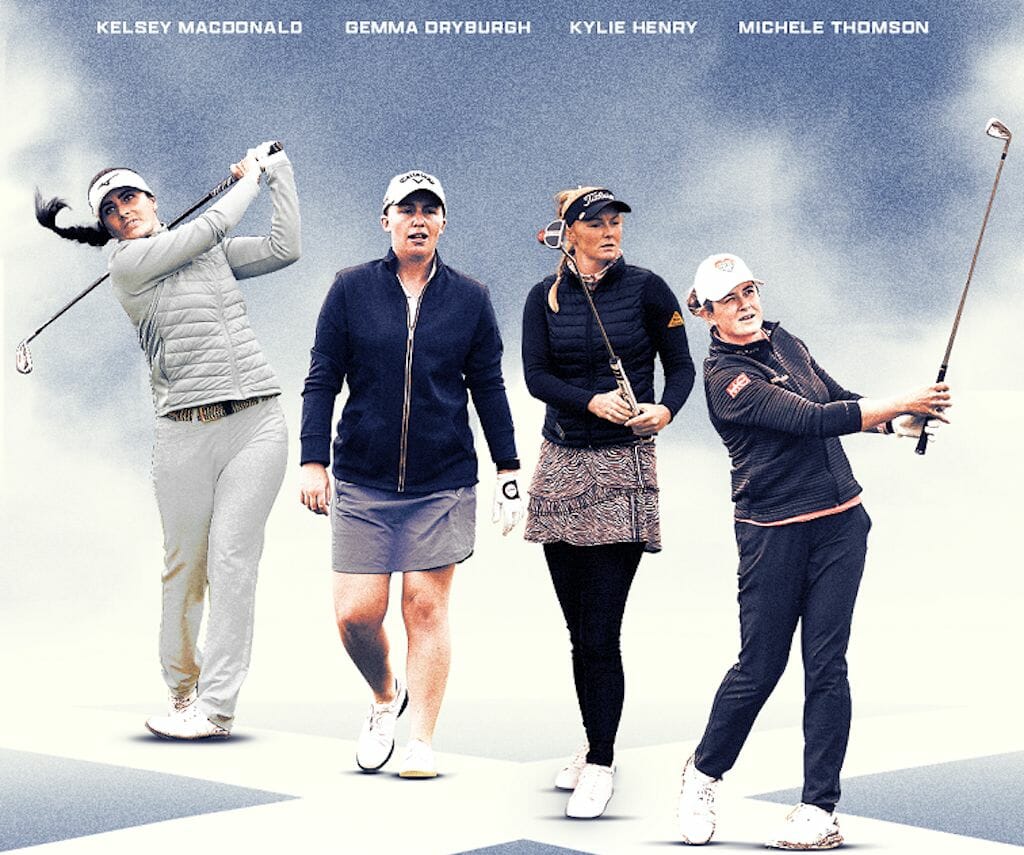 The only tournament to be played on the west of Scotland, the Trust Golf Women’s Scottish Open takes place next week at Dundonald Links, July 28-31.

Gemma Dryburgh, Kelsey MacDonald, Michele Thomson, and Kylie Henry are the home players looking to take on the challenge of one of Scotland’s leading links courses. The Scottish quartet will join an all-star cast which consists of eight out of the world’s top ten players on the Rolex Rankings as well as 19 major winners with 36 major trophies between them including the first three major champions of the year Jennifer Kupcho, Minjee Lee and In Gee Chun.

Aberdonian Gemma Dryburgh is enjoying a fine run of form this season after finishing 5th at the Bank of Hope LPGA Match Play and winning the US Women’s Open qualifier to make her debut in the second Major of the year. As a result of these great performances, she broke into the top-200 on the Rolex Rankings for just the second time in her career.

Gemma Dryburgh commented: “Every year I look forward to playing in the Women’s Scottish Open, this will be my 6th appearance in the event and last year I was lucky enough to receive an invitation from tournament sponsor VisitScotland so I’m really happy to have qualified myself this year. I am especially excited to experience all that the newly transformed Dundonald Links has to offer. It’s been a great start to the year and I’m very happy with how my game has been recently, so I just want to keep building on my last few performances and hopefully be in the running come Sunday afternoon”.

MacDonald, a perennial performer of the Trust Golf Women’s Scottish Open, has recorded 12 appearances since her debut in 2008 and made the cut on 7 occasions. Last year she finished in tied 15th place, her best finish to date, to become the first winner of the Jock MacVicar Leading Scot award. The 2021 season saw MacDonald record two top-10 finishes and four further top-15 finishes to end the year ranked 39th on the Race to Costa Del Sol.

Michele Thomson, who carded an opening round 64 at last year’s Trust Golf Women’s Scottish Open to set the course record will make her 5th appearance at Dundonald Links this summer. With five top-20 finishes this season, Thomson is enjoying a stellar season so far and currently sits at 19th on the Ladies European Tour Order of Merit, the Race to Costa Del Sol.

Glasgow native Kylie Henry thought she might have to give up competitive golf last year after sustaining an elbow fracture, but after just her third start since the injury she put in a fantastic performance at the Aramco Team Series in Bangkok to secure a third-place finish in the individual competition and 6th place in the Team competition.

VisitScotland are a long supporter of the game of golf having supported the women’s game for many years. They are long term partners of both the Trust Golf Women’s Scottish Open and the AIG Women’s Open and last year announced a new agreement for the Trust Golf Women’s Scottish Open to invest up to £6m through to 2025. They also hosted the very successful Solheim Cup at Gleneagles in 2019 which recorded over 90,000 golf fans in attendance, the largest crowd ever seen at a Scottish women’s golf event.

Tournament title sponsor, Trust Golf, has increased this year’s prize-fund by 33% to $2million. The Thai based technology enterprise took over as title sponsor in 2021 as part of an ambition to help grow the women’s game and develop the next generation of golfers. Through their sponsorship of the Women’s Scottish Open, Trust Golf aim to create the best opportunities for female golfers on an international stage and use the platform to elevate women’s golf.

With 560 golf courses in Scotland, golf is an important driver of the country’s economy. Golf tourism in Scotland is worth more than £1.1 billion and employs around 4,400 people per year. This year’s Trust Golf Women’s Scottish Open will welcome back fans for the first time since 2019 and it will be a significant week for the local people of North Ayrshire. Tickets are available to purchase at www.womensscottish.com.