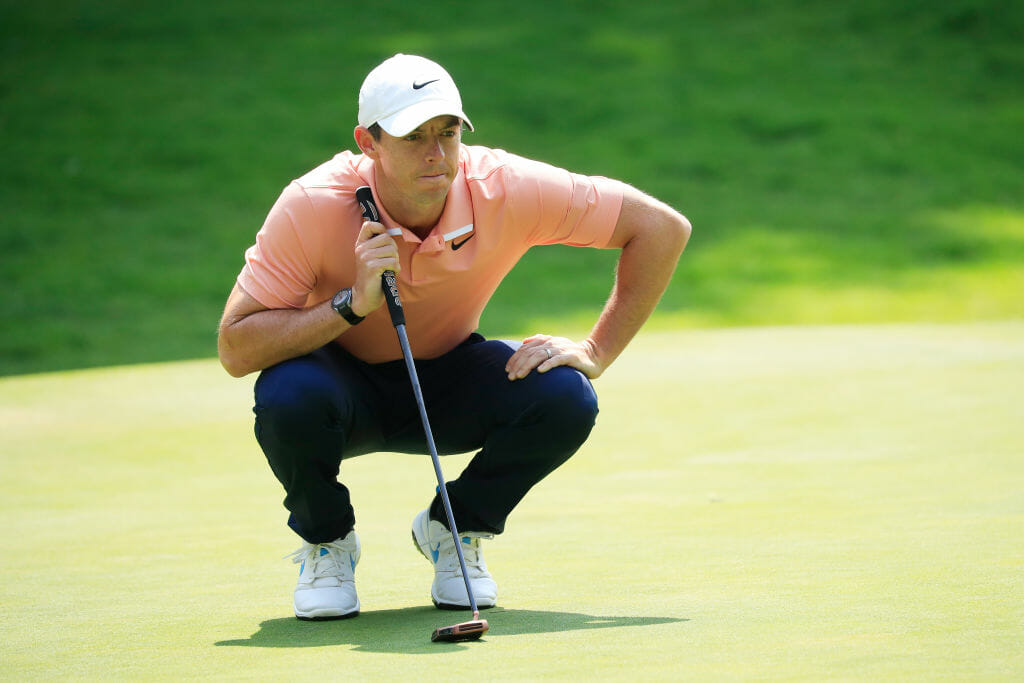 Nice headline but it’s not what McIlroy wants to read after finishing a distant four shots behind American Patrick Reed at the close of the WGC – Mexico Championship.

Reed posted a second straight four-under par 67 and, despite a closing hole bogey, the Texas golfer captured his eighth Tour victory by a shot with an 18-under par tally in Mexico City.

Reed broke clear of a packed leaderboard with three birdies in succession from the 15th hole to finish one clear of Bryson DeChambeau, with McIlroy a distant fifth in signing for a 68, his fourth straight round in the 60s.

“Frustrating,” was how McIlroy described his week.  “I don’t feel like I got the best out of myself. Yeah, obviously started the week well, and then, yeah, I feel like I just — I hit some loose shots, and I didn’t putt as well as I needed to over the last three days. And yeah, I just let a few shots get away.”

It is a second year in succession McIlroy has produced three top-5 PGA Tour finishes in his three events up to and including the WGC – Mexico Championship.

McIlroy had been out in the final group at the Farmers Insurance Open and the Genesis Invitational and in the second-last group at the WGC – Mexico Championship and his finishes of a respective T5th, T3rd and now another 5th have earned him a cool $1,192,490.

Offer those results at the start of a new season and a journeyman pro would have cut your hand off and rejoiced in becoming a millionaire.

That’s not McIlroy and being Mc. Consistency in posting a third top-5 finish in this new decade is not what McIlroy is about.

On a positive note, McIlroy’s now brushed Nick Faldo aside to be third overall with 98 combined weeks at World No. 1 though he now needs to add another 233 weeks as the game’s best to tie Aussie Greg Norman in second on the World Rankings and this despite Jon Rahm, now the new World No. 2, going so close to toppling McIlroy from the top Ranking perch had the Spaniard won in Mexico.

McIlroy’s also still first in terms of the 2019/20 PGA Tour season ‘scoring average’ with 68.205, second tee-to-green and first in ‘scrambling’ and he’s up from 24th to sixth in ‘driving distance’.

But go to ‘putting’ and Seamus Power is ranked a better putter than McIlroy.  I don’t mean for a minute to belittle Seamus but at 68th in ‘puttiing’ he’s four spots higher than McIlroy while McIlroy was ranked 109th in the same category a week ago.

McIlroy will sit-out this week’s Honda Classic an event in 2012 where he went to World No. 1 for the first time in claiming victory just a short drive from his Florida mansion, and instead has four events – Arnold Palmer Invitational, Players Championship, WGC – Dell Match-Play Championship and the Valero Texas Open before the first Major showdown of 2020 – the April 9th commencing Masters.

Little wonder after the events of the past fortnight McIlroy really sounds like he’s looking forward to taking a week off.

As for Shane Lowry, well he finished with a closing round of 69 (-2) for an overall T29 placing but it could have been much better as he finished with closing bogeys on 16 and 17 after back-to-back birdies on 14 and 15.

Graeme McDowell meanwhile endured a miserable weekend, adding a one-over par 72 to his four-over par round of 75 on Saturday and his 13-over total saw him in 69th place in the 72-player no-cut event.