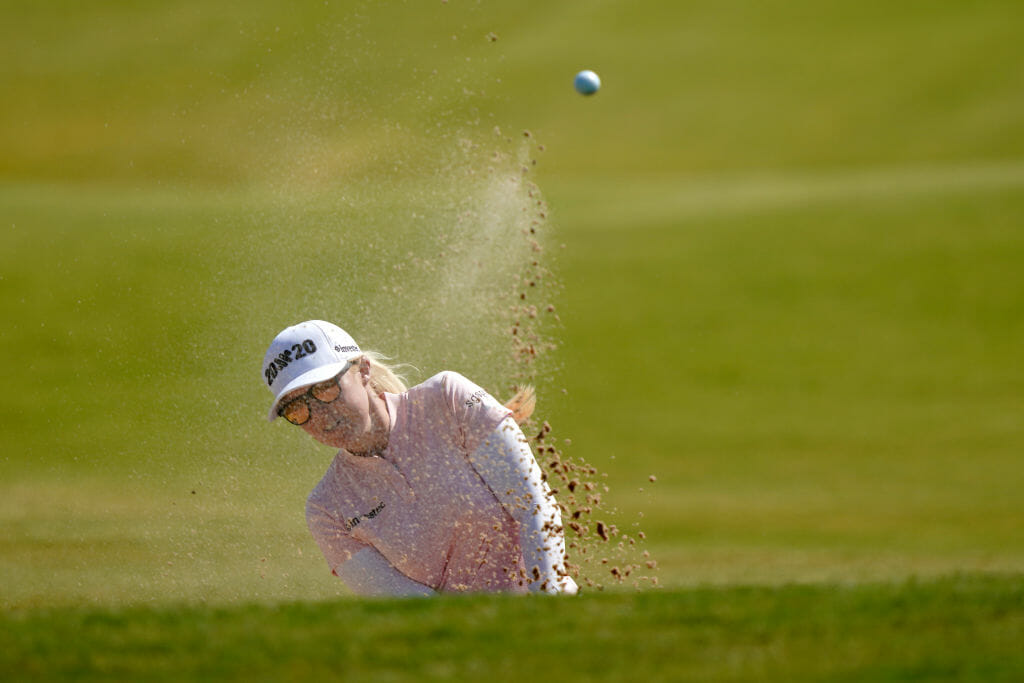 Stephanie Meadow knew coming into this crucial week on the LPGA Tour that she needed a big one and while she bolted from the blocks with an opening 63 to grab the lead at the Volunteers of America Classic in Texas, she hasn’t been able to maintain the momentum in subsequent rounds.

However, following a third round 73, Meadow still finds herself inside the top-10 and there’s no doubt that if offered that as a possibility ahead of the final round early in the week the Jordanstown native would have been delighted to take it.

In a 6-way tie for 10th on 6-under par, Meadow has her work cut out as she knows she needs at the very least a top-10 this week to avoid having to qualify for next season through the Q-Series. With the leader Jaye Marie Green at 14-under par it’s going to be a huge day in Meadow’s career if she can move up the leaderboard and secure her playing rights for next season by right.

As for Green, well she caught herself thinking about becoming only the second player in LPGA Tour history with a 59, and winning her first tournament at the Volunteers of America Classic but by the end of the day, she was happy enough with a 7-under 64 and a one-shot lead over Cheyenne Knight.

Green started with six birdies in seven holes and eight birdies through 10 holes but ran into a few problems down the stretch, saving herself with two big putts, and wound up with her first lead going into the final round.

“When you’re in the middle of it, you don’t really realize like I only had two pars through 10 holes,” Green said. “I was like, ‘Oh my gosh. I’m like … ah, forget about it.’ If it’s my time to shoot in the 50s, it will happen. But it didn’t, and I was happy with how things went.”

Cheyenne Knight, the 22-year-old Texan with plenty of support at Old American Golf Club, birdied the last hole for a 67 to get into the final group. Katherine Perry (66) and Solheim Cup player Brittany Altomare (68) were two shots behind.

None of the leading four players has won on the LPGA Tour.

Like Meadow, for Knight and Perry, even more is at stake — full cards for next year as this is the final full field of the year on the LPGA Tour. The top 80 on the money list have the best status, while the top 100 do not have to go the Q-Series.