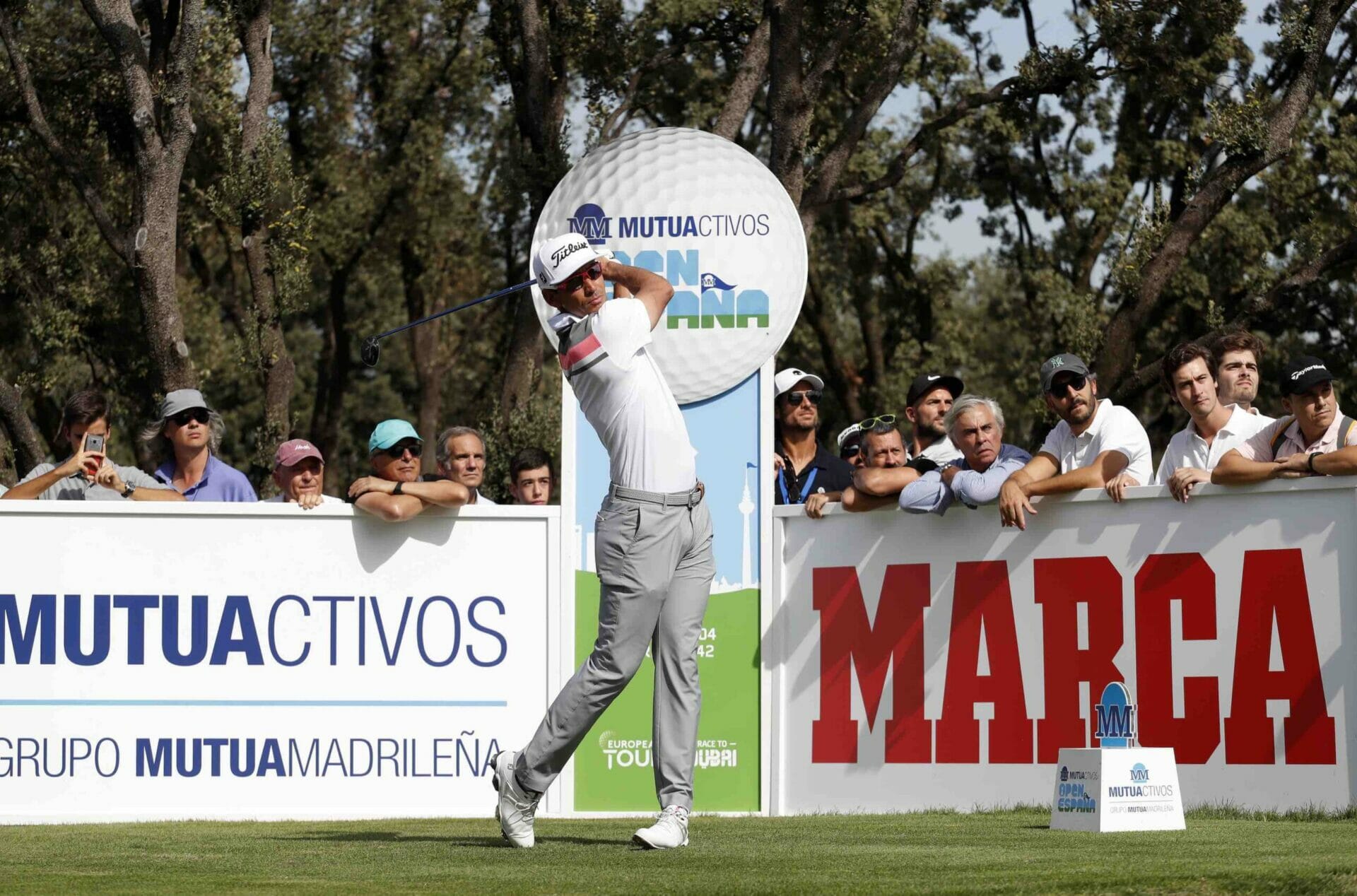 The Irish marauders Moynihan, Dunne and Hoey came up short in Spain as all missed the halfway cut in the Open de Espana.

For Moynihan, a second round of 72 wasn’t enough to repair the first round damage done by his opening 74 and his four-over par total saw him tied at 101 position.

Paul Dunne unfortunately continued his poor run of form and both he and Michael Hoey will also be having a weekend off after both finished on a six-over total with second rounds of 73 and 75 respectively which left them six shots adrift of the 36-hole cut.

At the business end of things, Rafa Cabrera Bello and Adri Arnaus lead a Spanish quartet at the top of the leaderboard, delighting the home crowds at Club de Campo Villa de Madrid.

The pair carded rounds of 65 and 66 respectively, sharing the lead on 11 under par, with Cabrera Bello going bogey free for the second consecutive day. The Canary Islander is hunting his first victory since the 2017 Aberdeen Standard Investments Scottish Open ans said;

“You don’t get to go bogey free very often, and two days in a row – I’m not sure how many times I’ve done that. I’m very pleased with how I’m playing, I’m feeling confident out there and in control of my game. Lots of good shots and when I get into trouble, I’ve been saving par, it’s great.

“Yesterday was a dream day, and today we had it again, I think we’re minus 31 for the three of us, which is remarkable. We’re feeding off each other and off the crowd. Bouncing off each other, it’s amazing.”

Arnaus is hoping to go one better than his three runner-up finishes so far in his rookie European Tour season and is understandably proud of his performance this week.

“I’m really proud of how I’ve played these first two rounds. I’ve enjoyed it so much with the support of the crowds from home and also playing with Rahm and Rafa, it has been two fantastic days.

“You’re always a little bit nervous but at the end it’s just going out there and playing your best golf and hopefully we can have some good rounds and on Sunday we’ll see how it turns out.”

The pair are one stroke ahead of journeyman Samuel Del Val who, in a bid to earn playing rights around the world, has spent the last four months on the road.

In fourth place is Irish Open Champion and defending Open de Espana champion Jon Rahm, who recovered from a double bogey on the second hole to card a four under par round of 67, sitting two strokes behind Cabrera Bello and Arnaus. He birdied the 18th in front of thousands who came out in force to see the trio, who were grouped together for the first two rounds. The group are a combined 31 under par heading into the weekend.

“I was lucky to only be two over through two, I saved a heck of a par on that first hole. It was a little shaky, but things like that happen. I was battling bad swings two days ago, yesterday was great, today I was trying to find the same feeling but I figured it out after that double bogey. My body is feeling good and I’m hoping to start well tomorrow, give an early scare to these guys and get the lead.

“I keep forgetting (I’m defending champion). I’m so focused on what I have to do, I’m focused on beating Adri and Rafa. One more day tomorrow to get in position. Hopefully I can play a little bit better, get off to a good start and keep it going for 18 holes.”