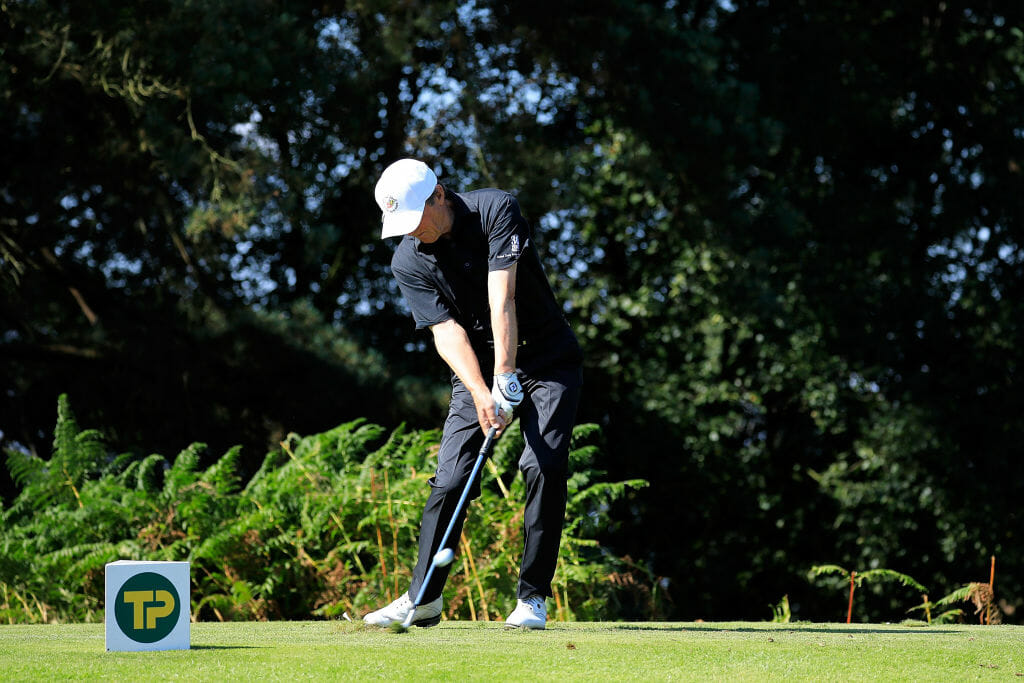 Des Smyth continued his fine form to card a ‘best of the Irish’ round of 74 on day two of the Farmfoods European Legends Links Championship hosted by Ian Woosnam at Trevose Golf & Country Club.

Smyth, who opened yesterday with a round of 70 is on 144 total and now finds himself in 18th place, just five shots off the pace being set by Jean-François Remésy and Jarmo Sandelin who head into the final round in the joint lead.

Of the other Irish players, Mark McNulty returned a 75 (145 total) to sit in T20 position, while Philip Walton is in T36 after a 76 on day two and Brendan McGivern had a round to forget with an 83 and finds himself in 51st place in the remaining 52-man field.

As for Remésy, the 2018 Swiss Senior Open champion, was one of only two players to break par on the penultimate day of action, with the Frenchman following up his opening round of 68 with a one under par 71 to take a share of the clubhouse lead on five under par.

The 55-year-old, a three-time winner on the European Tour, began his second round birdie-bogey-birdie before firing 15 consecutive pars from the 13th hole – his fourth – to move to the top of the leaderboard, crediting his consistency following a strong performance on day two.

‘‘I’m very pleased with my finish because it was a hard day, with a strong wind blowing the completely opposite way to yesterday,’’ he said. ‘’You need to stay calm and expect the errors on days like today, so I tried to stay relaxed and make a lot of pars, which fortunately I was able to do.’’

Sandelin, who carded an opening round of 66, again eagled the 486 yard par five fifth to extend his overnight lead but three bogeys in his last ten holes saw him sign for a one over par 73 to join the Frenchman at the top of the leaderboard.

“The wind direction was different today and the course is drying up, so it was tough out there,’’ he said. ‘’I made too many simple mistakes but I’m still striking the ball well and hopefully tomorrow will be a good day.

“I was hoping for a better score, but it is tricky when the wind starts to blow on a links course. I’m a little bit disappointed but I have a chance to do something great tomorrow.”

The pair will take a one shot lead into the final round of the inaugural championship, ahead of former Ryder Cup player Barry Lane and South Africa’s Chris Williams.

England’s Peter Baker is still in the hunt to win back-to-back Staysure Tour titles after carding a one over par round of 73 on day two. He sits at three under par, two off the lead, alongside compatriot Peter Wilson, Scotland’s Andrew Oldcorn, Australian Peter O’Malley and Carl Suneson of Spain.

Scores after round two: