Momentum continues for Maguire with gritty 69 in Georgia 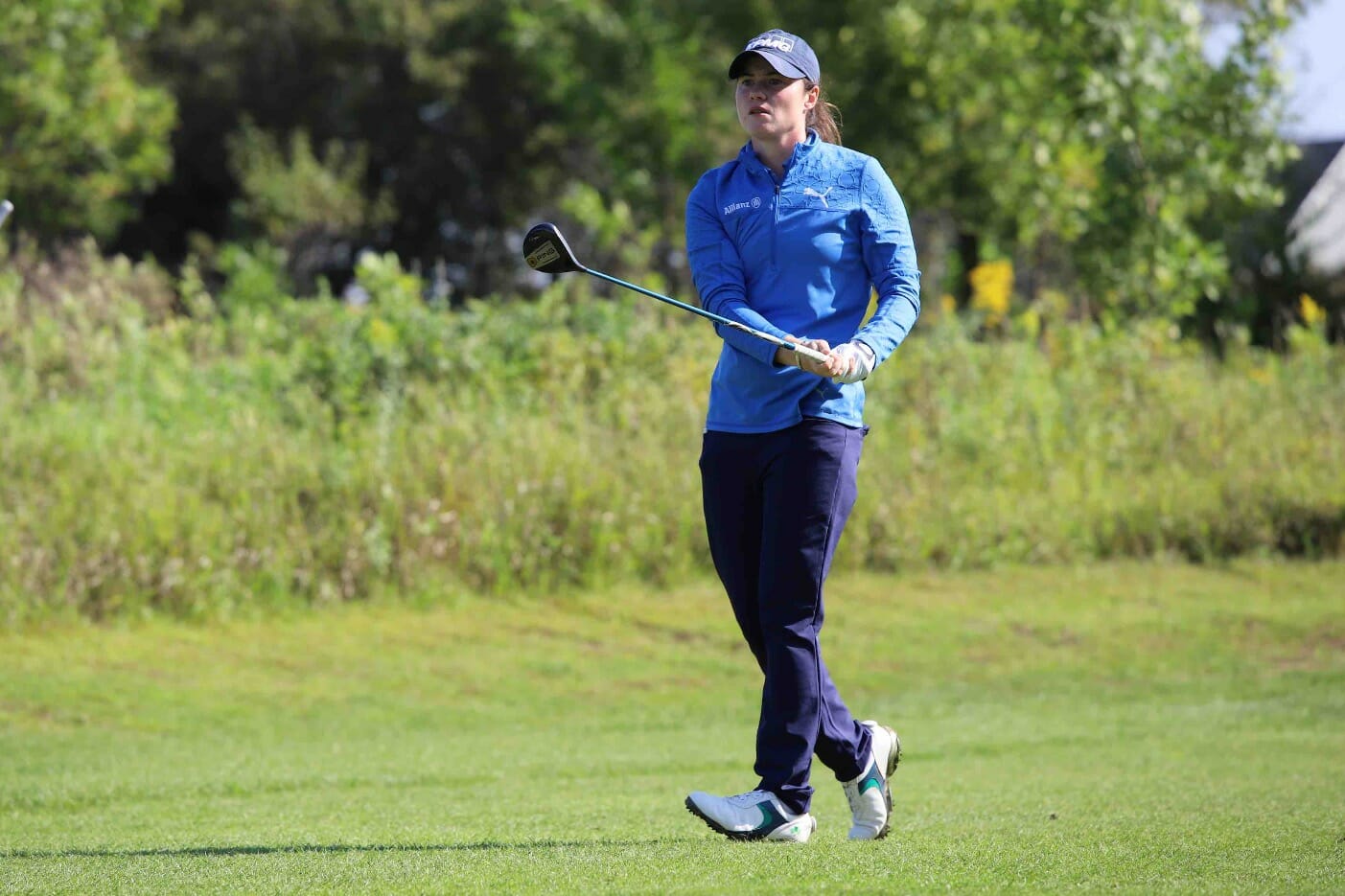 Leona Maguire put any fears of an early exit to bed as she brilliantly bounced back from a two-over par 74 to fire a three-under 69 and book her place in the final round of the Symetra Tour’s IOA Invitational.

The Cavan professional, who’s been riding the quest of a wave since securing her maiden Tour win last month, posted four birdies in a resilient showing in Georgia that saw her move to within seven shots of Ingrid Gutierrez Nunez’ lead atop the board at minus-eight.

Maguire, who returned rounds of 66 & 68 on Monday to qualify for her first professional Major – the US Women’s Open set to be played in Charleston later this month– rediscovered her scoring touch with four birdies in another stellar showing for the ever-improving Slieve Russell star.

Currently sitting second in the Volvik Race for the Card standings where the top-10 on the money list secure their LPGA Tour status at year’s end, Maguire will be hoping for more of the same on Saturday to consolidate her position in the coveted spots as her stunning form of recent weeks shows no signs of slowing down.

Mexico’s Nunez leads the way by two after signing for rounds of 70 and 66 over the first two days with Spain’s Marta Sanz Barrio in second place at minus-six while American Lindsey McCurdy is one shot further back at five-under par.