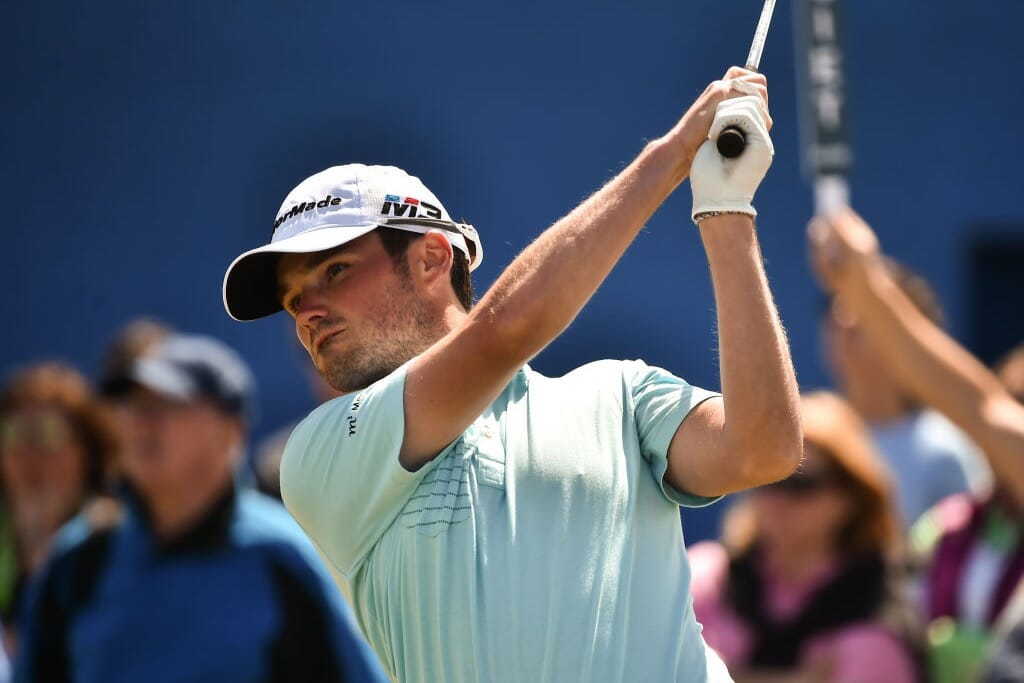 Cormac Sharvin is sitting pretty inside the top-10 at the Prague Golf Challenge following his second consecutive round of 69 which sees him just five shots off the lead and on six under par for the tournament.

On a day when scoring proved to be difficult early on, with sporadic rain and high winds limiting the field’s capacity to make gains, Sharvin started the day badly with bogey at the 1st but four birdies in his next seventeen holes kept the 26 year-old in the hunt while Robin Dawson (+1 for the day) and Ruaidhri McGee (level par for the day) didn’t make any big moves and both are tied in 30th position on two under par.

The leader, Mathieu Fenasse posted a six under par 66 and will take a one-stroke lead into the weekend after reaching 11-under par at the halfway stage.

The Frenchman carded seven birdies and a single blemish to seize control at Prague City Golf after overhauling clubhouse leader Jonas Kölbing who earlier set the target at ten under par following a three under 69 on day two.

After last week’s Challenge de España winner Antoine Rozner shot up the leaderboard with a seven under par 65 to reach nine under, Fenasse followed in his countryman’s footsteps by becoming the man to catch.

The 27-year-old is into his third full season on the European Challenge Tour and he believes his game is in a good place, despite his results in the opening tournaments of the campaign not necessarily reflecting that.

“I’ve been playing well in the last couple of weeks,” he said. “The first two tournaments didn’t really show where I think my game is.

“This week, everything is good. I’m driving well, I’m hitting my irons pretty good, I’m putting well, chipping well and if you play well, you make birdies and that’s what I’ve been doing in the last two days.

“I think your irons need to be pretty sharp around here. You have to hit it close to the pin because the greens are very undulating. You have to make the nine to 15-footers to make some birdies and that’s what I’ve been doing pretty well in the first two rounds.”

Joint first round leader Wil Besseling currently sits in tied third alongside Rozner after following his opening 65 with a second round 70, while another Frenchman, Robin Roussel, and English trio David Bland, Laurie Canter and Billy Spooner sit in tied fifth on seven under par.

The third round will begin at 8.00am local time on Saturday May 11, with 64 players surviving the cut of level par or better.