Lowry has “never been as excited” upon Masters return 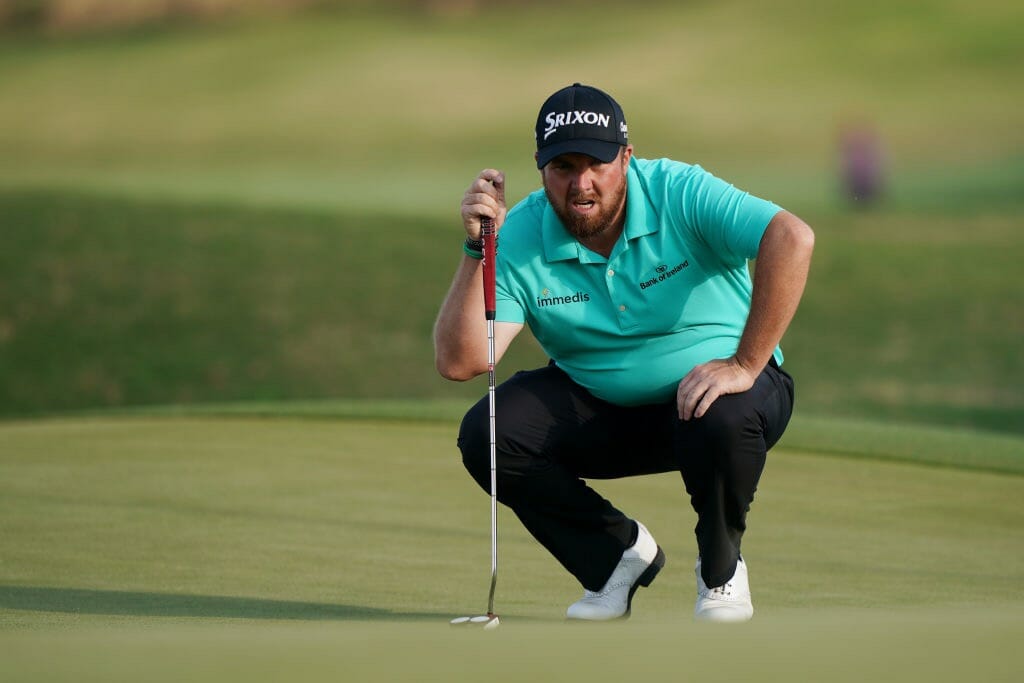 Shane Lowry has been feeling like a child on Christmas Eve since making an eagerly-anticipated drive up Magnolia Lane on Sunday ahead of his tilt at this year’s Masters.

The 32-year old’s path to Augusta National went right down to the last brick at the Dell-Technologies Match Play but having finally secured an invite that has plagued his thoughts since his Abu Dhabi win in January, the now relaxed Clara man could conceivably rediscover the form from that desert delight to mount an unexpected challenge come Sunday.

“A few months ago I wasn’t supposed to be here,” said Lowry who admitted to missing the tournament greatly last year. “It doesn’t mean I am not going to try. I am not just happy to be here, I want to try and do well, but that perspective is great.”

Ranked 50 in the world this week, Lowry remains a relative rookie in Masters terms at least, with the Offaly golfer having made the cut just once in three attempts at Augusta to date. He’s broken par just once in that time too, albeit with an encouraging 68, but now a proud father and husband with a new bag-man in Beau Martin in tow, Lowry enters this year’s tournament hoping that his acquired experience and the maturity that comes with it plays its part in a bullish tournament bid.

“The first year you are in awe of the place, it’s a bit weird but when you become more comfortable, it is easier to get your bearings and stuff,” said Lowry.

“Even just driving down Magnolia Lane and walking in the clubhouse, it takes getting used to. I just said to my Dad and Neil [Manchip – coach] walking into the grill room to have lunch, it is much easier to do it for your fourth year than it is the first year when you are afraid you’d do something wrong!”

Yet whatever about how he’s feeling amongst the members, nothing compares to the excitement he’s feeling about teeing it up on Thursday for the first round proper, with Lowry determined to enjoy every minute of the action, something he conceded he may have struggled to do in the past.

“I have never been as excited since the first time I was here,” he continued.

“Last week I was almost counting down the days. Maybe for a couple of years I was in here and I was taking it for granted a little bit. Then not being in it last year, it makes you appreciate it.

In aiding that mission, Lowry believes he’s finally found a driver that he can rely on having struggled to find the fairways since his Abu Dhabi win. But perhaps the biggest asset he’ll have this week is a freedom of mind he’s played without in recent weeks as he watched on helplessly as his world ranking continued to fall.

“I found it very distracting,” he admitted as his dreams of watching daughter Iris don her par-3 bib looked to be receding into the rear-view mirror.

“At the Matchplay I was told — and you don’t want to be told these things – but people still tell you them that if you win one you are safe, you are in Augusta.”

However great that pressure proved, he managed to play his way through it and a half against reigning Masters champion, Patrick Reed and a win against Andrew Putnam meant Lowry had nothing to worry about anymore. He’ll face the nervous jitters of the first tee like any human should on Thursday but after that, who’s to say that the Clara man won’t find a rhythm capable of throwing a cat amongst the patrons of Augusta National come the back nine this Sunday?