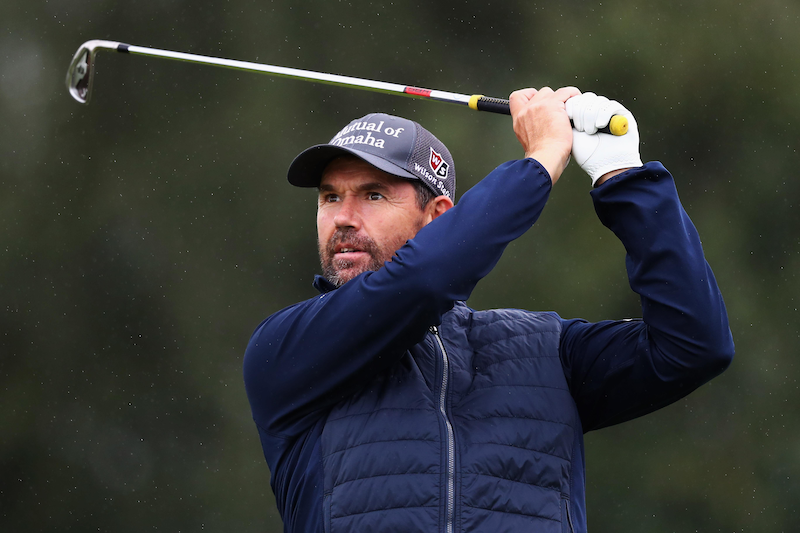 Padraig Harrington continued to shake the cobwebs off as he returned a third round of one-under par 71 at the Maybank Championship in Kuala Lumpur.

On his seasonal comeback from a broken wrist that has kept him out of action since December, the Dubliner returned an uncharacteristic rollercoaster of a round on moving day to sit in a share of 42nd at two-under par in the Saujana clubhouse.

The obvious positive was that the three-time Major winner managed to find six birdies across the tricky Malaysian layout but five bogeys made sure he won’t be contending for the title come Sunday.

Still, without wanting to tempt fate, with a round to go it looks like it’s mission complete for Harrington as he steps up his recovery with what will be a fourth consecutive competitive round tomorrow after a four month absence.

At the business end of proceedings, Nacho Elvira has a first European Tour title in his sights as he takes a two-shot lead into the final round. Spaniard Elvira, a four-time winner on the European Challenge Tour, missed five straight cuts at the start of the season before finishing second in his last event in Qatar.

He closed his third round at Saujana Golf and Country Club with back-to-back birdies to sign for an impressive round of 66, which moved him to 13-under par and gave him breathing space at the top of the leaderboard.

“The putter worked a bit better than yesterday,” said Elvira, especially coming down the stretch. I’m very happy with a 66. It was tough with the heat and humidity today. I stayed patient and it paid off in the end.

“The confidence is coming back little by little. It was a tough start of the season with the driver especially. I worked really hard with the Callaway guys to get the driver ready, I think it’s working. I’m hitting more shots from the short grass so I’m happy.

“I like the way things are right now with my swing. I like the way I’ve turned round my season a little bit. Let’s see what tomorrow brings.”

David Lipsky of the United States sealed his second European Tour win at this season’s Alfred Dunhill Championship and he is Elvira’s nearest challenger on 11-under par after carding seven birdies and two bogeys in his third round 67. Germany’s Maximilian Kieffer, Jazz Janewattananond of Thailand and Australian Scott Hend are in a tie for third at ten under par, with the latter producing a crowd-pleasing moment when he found himself in the trees on the last and chose the perfect angle to bounce his third shot off the grandstand and onto the green.

Four-time Major winner Ernie Els and Frenchman Benjamin Hebert, whose 65 was the lowest round of the day and the joint lowest of the week so far, are at nine-under par, with England’s Oliver Fisher one shot further back.