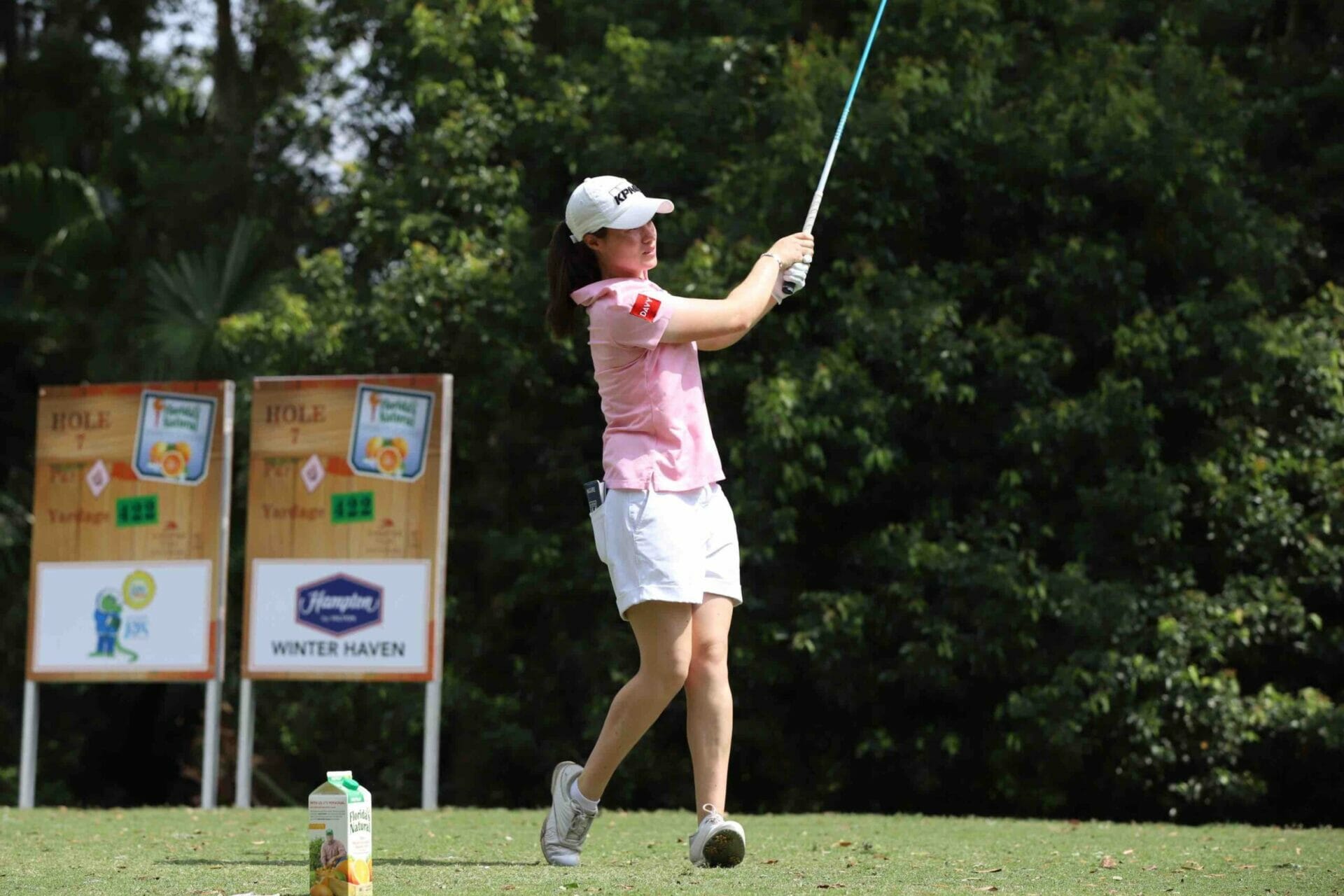 Leona Maguire signed off on her best week as a professional golfer to date with a top-5 finish at the Natural Charity Classic at Winter Haven in Florida.

The Cavan professional and former world amateur number carded a one-under par 71 on St. Patrick’s Day to move onto a nine-under par 54-hole total in difficult conditions at her second event on this year’s Symetra Tour, saying; “The wind made those last four or five holes pretty tough. They moved up some tees on the front side and I didn’t really take advantage of it. I hit some not great drives but my pace putting was really off.

“The back nine was quite a grind too with some tricky pins and longer holes. It was nice to finish under par definitely, and I’ve a lot of positives to take away.”

After clocking a top-25 finish at the season opener last week, Maguire fired four birdies having hit 16 greens in regulation on Sunday but will point to 34 putts in her final round as her ultimate undoing.

With sister Lisa on the bag, familiarity seems to have played to Maguire’s strengths and after clocking rounds of 68,68 and 71 for her three day’s play, she eventually finished four shots off the winning number despite an extremely encouraging week.

“It has been a great week, having Lisa with me this week was great. She knows my game inside out and I love having her on the bag. Now it’s a week off together to practice. Niall [Horan] has arranged for us to use Lake Nona for the week which have first class practice facilities.”

At the top, Malaysia’s Kelly Tan won the event after overcoming American Demi Runas in a playoff after both players finished their tournament on 13-under par. Tan (Batu Pahat, Malaysia) capped a championship performance by sinking a birdie putt on the first hole of the sudden-death playoff with Demi Runas (Torrance, California) to capture the win;“I’m still trying to compose myself, it is really great for me winning here,” said Tan, who set the 54-hole tournament scoring record with a 13-under par total (203).

“Missing the cut last week was really devastating because coming into the season I had a lot of confidence and was really excited, maybe a little too excited. Coming into this week, I’ve never felt like this in any situation. I think it was great and hope to keep the confidence level up.”

After finishing tied for 13th at the Final Stage of the 2013 LPGA Qualifying Tournament, Tan became a rookie on the LPGA Tour in 2014 and competed on the big stage through 2017. The results didn’t come as expected and then last season, she found herself on the Symetra Tour with the objective of reaching the LPGA once again.

In 16 starts during her first year on the Symetra Tour, Tan made three cuts.

Now, she steps into the winner’s circle for the first time in any LPGA Tour family event. “Playing on the LPGA made me a lot stronger and mature on the golf course, knowing what I can and can’t do,” Tan said.

“Going through last year, it was obviously the worst of my career and the most down I’ve ever been emotionally. I’m very grateful for the people around me because they never had a doubt, even when I doubted myself. It has definitely helped me get to where I am today.”

VOLVIK RACE FOR THE CARD STANDINGS AFTER WEEK TWO
Following the second tournament of the 2019 Symetra Tour season, the Volvik Race for the Card welcomes a fresh top-10. The victory and $18,750 winner’s cheque move Kelly Tan up into the No. 3 position, having earned $18,750 through the first two events.

Here is a look at the current top-10 heading into the fourth annual IOA Championship presented by Morongo Casino Resort & Spa hosted by Morongo Golf Club at Tukwet Canyon in Beaumont, Calif. from March 29-31: