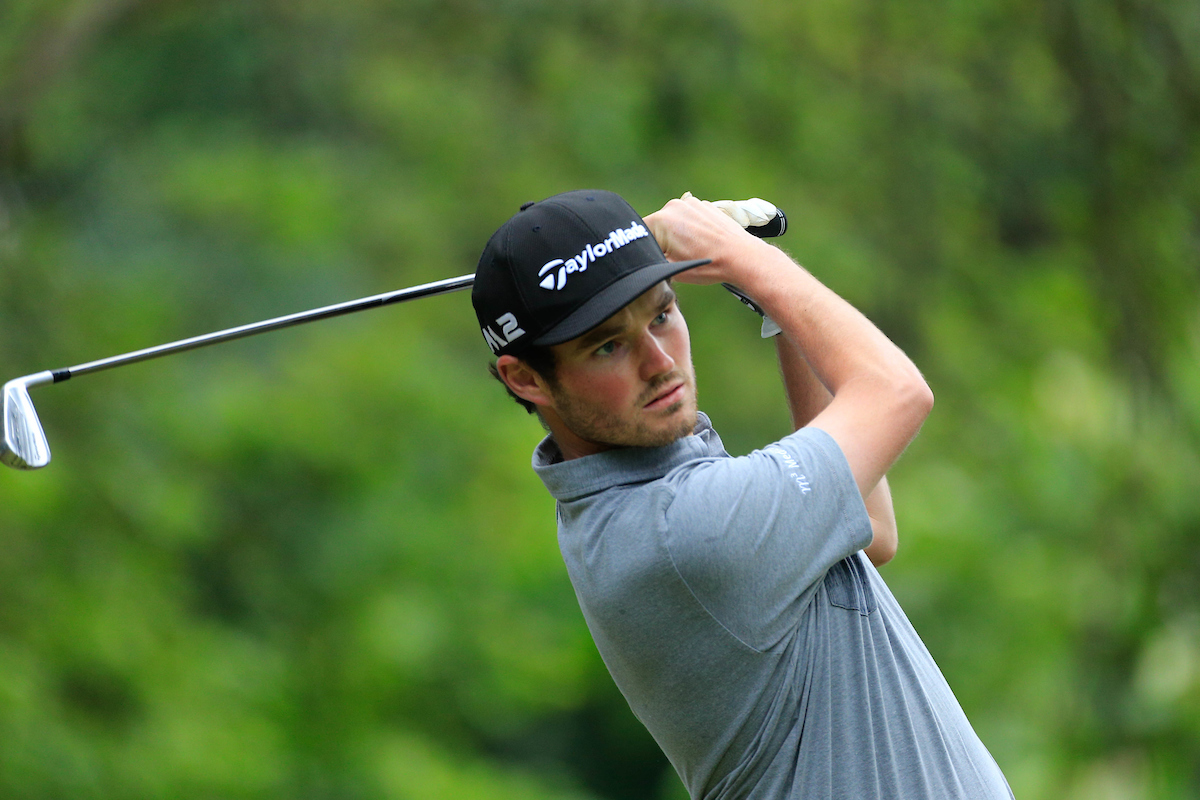 Cormac Sharvin and Michael Hoey will take plenty of encouragement from their week in Southern Africa after the pair finished in a tie for 17th at the Magical Kenya Open presented by Absa.

A double bogey at the third all but ended Ardglass professional Sharvin’s title hopes but he battled bravely to grind out a one-over par 72 after a tough Sunday at Karen Country Club.

And joining him at seven-under par was the man from Ballymoney, Hoey, who enjoyed a much brighter closing round. The five-time European tour winner opened with a birdie and added two more in a bogey-free 68 to complete another strong week in an already promising start to his season.

The pair collected cheques worth €13,310 and valuable rankings points to go with it ahead of another long season on the European Challenge Tour beginning in April.

Both Gavin Moynihan and Robin Dawson missed the weekend cut on Friday, with the former now looking forward to some time off after a busy few weeks globetrotting.

“A break couldn’t have come at a better time,” he tweeted. “Tough few weeks away. Game is there, just not scoring well at all. Practice to be done.”

At the top, Guido Migliozzi showed nerves of steel down the back nine to claim his maiden European Tour title.

The Qualifying School graduate was in uncharted territory at Karen Country Club, playing just his 14th European Tour event with no previous top-10s to his name.

He has three wins on the Alps Tour, however, and the Italian drew on those experiences to card a 69 and get to 16 under, one shot clear of playing partner Adri Arnaus and South Africans Louis de Jager and Justin Harding.

Arnaus and Migliozzi put on a stunning show in the penultimate group on day three and they went head to head again on Sunday, with De Jager, Harding, Gaganjeet Bhullar and Kalle Samooja all also sharing the lead during the course of a thrilling final day.

But it was the 22-year-old who prevailed, getting his nose in front at the 12th and parring his last six holes under incredible pressure to take the title.

Bhullar finished at 14 under, a shot clear of Samooja and Frenchman Romain Langasque.

Migliozzi follows in the footsteps of Major Champions Seve Ballesteros, Ian Woosnam and Trevor Immelman in winning this event on its debut on the European Tour and becomes the second consecutive Italian winner after Lorenzo Gagli last season on the European Challenge Tour.

“I like this moment,” he said. “I like the pressure, it’s like a drug. I love pressure, I love playing with a lot of people looking at me and a lot of cameras.

“Obviously I played with Adri Arnaus and we had a beautiful match together yesterday, it was like match play and today was a great battle.

“There was a lot of pressure on the course, obviously. After the birdie at the 12th I was leading but it was tough. I just kept patient towards the end, that was it.

“I enjoyed the last two days very much. The pressure was a lot and I’m happy about how I’m playing under pressure, also with my putting game that I worked a lot on.”