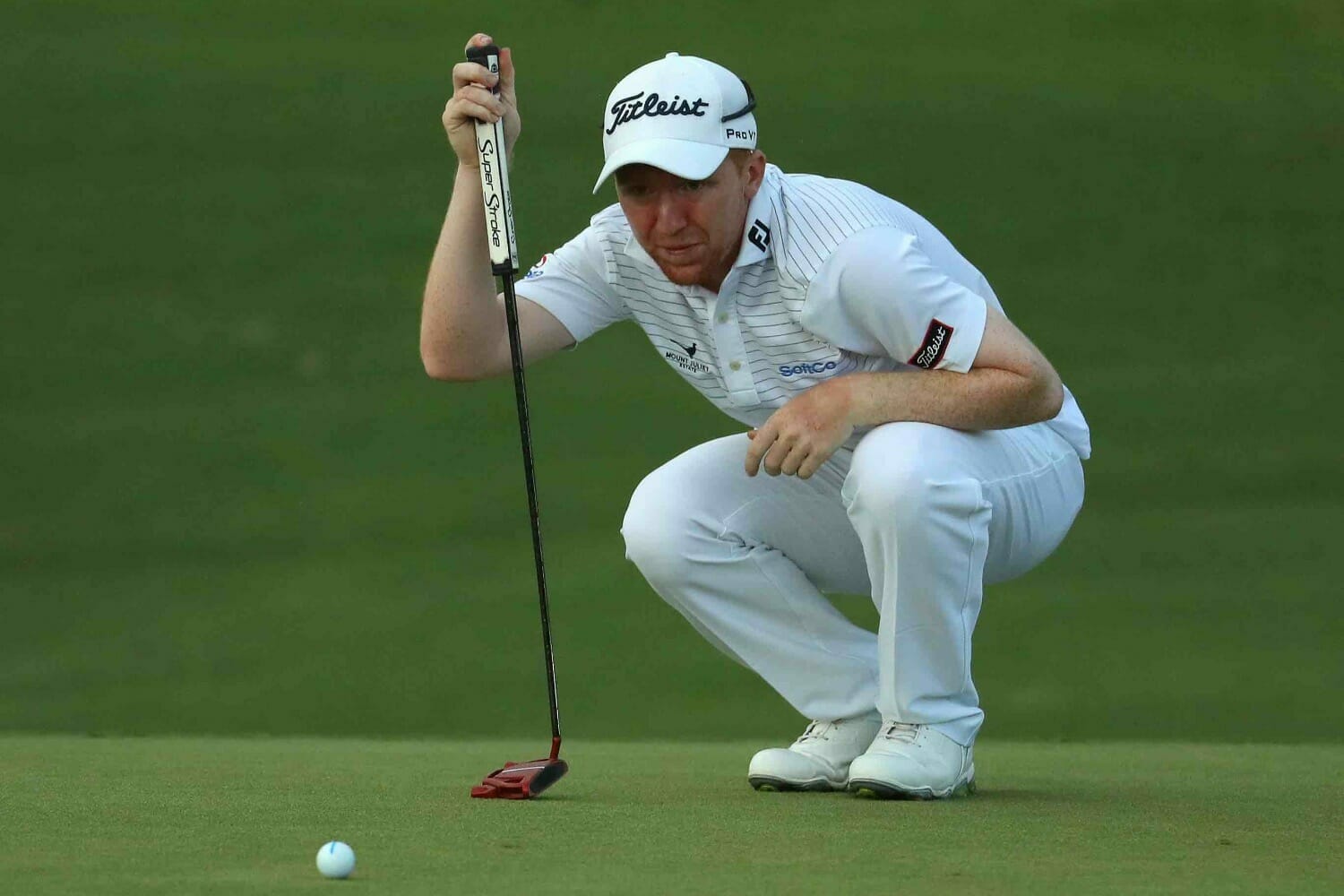 Michael Hoey rediscovered some timely form in the early hours of this morning to lead the Irish challenge after shooting a superb 66 on day one of the ISPS Handa Vic Open at 13th Beach Golf Club.

Hoey, who missed cuts at his two previous European Tour events in December – the South African Open and the Australian PGA Championship – looked a man reborn on the Beach Course, firing six birdies in a bogey-free round of golf that sees him take a share of 15th spot heading into day two.

With the weather ideal for golf and temperatures tipping around the mid-20s mark, the only thing hotter than the sun was the scoring and Gavin Moynihan was another who got off to a quick start, playing the Creeks layout.

The Dubliner also managed to negotiate his round bogey-free, carding five birdies on his way to a five-under par 67 that lands him in a share of 32nd place overnight.

The Mount Juliet professional, whose season began at the Mauritius Open in December where he placed tied 11th, is looking good to bounce back from two subsequent missed cuts at the South African Open and the Dunhill Championship when play resumes tomorrow.

Back on the Beach Course, Greystones star, Paul Dunne wasn’t quite at it but still managed to break 70 with a three-under par 69. Given the ideal conditions, that effort puts him in a share of 65th position but he’ll need to go further into the red tomorrow with an outrageously low cut looming if such scoring continues.

Last but by no means least, Dublin amateur, Conor Purcell, whose reward for becoming the first Irishman to win the Australian Amateur Championship last month was a spot in this week’s field, managed to get it ‘round in even par on his European Tour debut.

The Portmarnock talent understandably struggled to the turn in 39 with four bogeys on the card across the Creeks layout but dug deep to fly home with three birdies and no bogeys in a rousing 33 hits and he’ll be hoping for more of the same tomorrow.

First played in 1957, the ISPS Handa Vic Open appears on the Race to Dubai for the first time at the 13th Beach Golf Club, where 156 men and 156 women play on the same courses and for equal prize money.

Groups have been alternating between men and women on the Beach Course and Creek Course, with all 312 players set to play a round on each course during the first two days. There will be a cut after round two tomorrow and round three before the final day is played on the Beach Course.
Australia’s Nick Flanagan leads the way at the top by two at 10-under par.