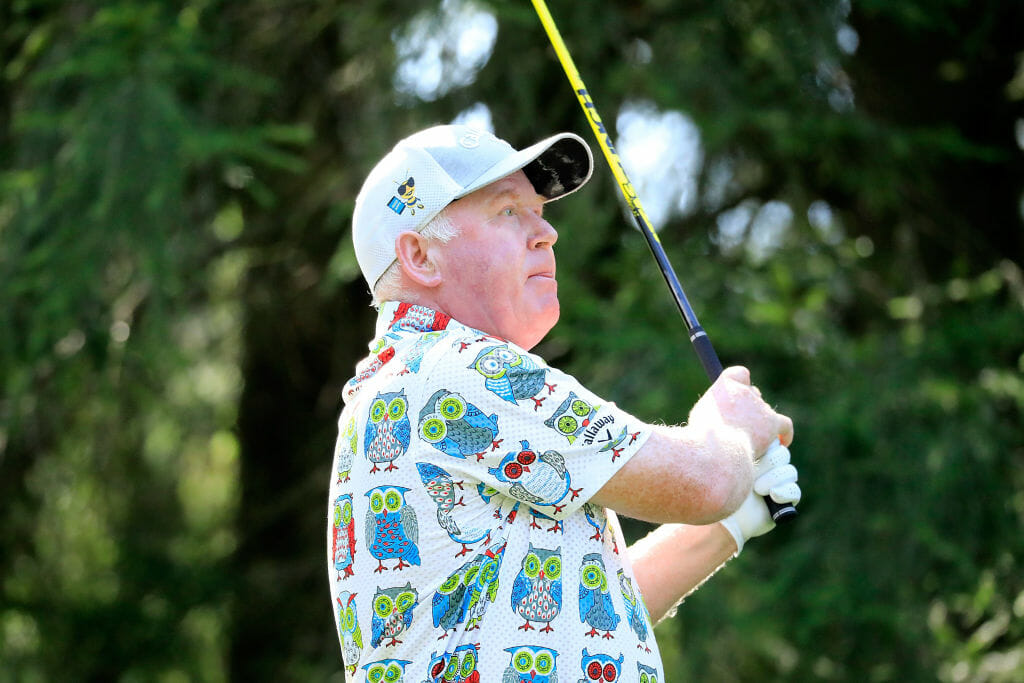 It wasn’t to be for Damian Mooney and Brendan McGovern as both men fell short in their bid to secure Staysure Tour cards at Qualifying School Final Stage in Portugal.

With only five cards on offer, it was McGovern who fared best of the pair but his four-over-par total was only good enough for outright 13th.

For the third successive day the Headfort professional fired an even par 71 and can take encouragement knowing his final round made him one of only seven players to strike parity or better on the day.

As for Belfast golfer Mooney, unfortunately it proved a disappointing end to what was an otherwise really good week.

A seven-over-par round of 78 saw the Irishman drop down the leaderboard to a share of 25th on plus-10.

At the top, Tim Thelen earned his second Staysure Tour Q-School title as a final round 69 meant he finished on five-under-par at Pestana Golf Resort in Portugal, subsequently securing full playing privileges for the 2019 season.

The American carded rounds of 73-71-66-69 to finish one shot ahead of José Manuel Carriles, who clinched the second Staysure Tour card in second, while Dan Olsen finished third on three under par and André Bossert came fourth on two-under-par.
The final card went to Englishman Stuart Little who overcame countryman Peter Wilson in a play-off, birdieing the second extra hole to secure the fifth and final card on a dramatic day in Portugal.

Thelen, who was making his first appearance at Qualifying School since he won both First Stage and Final Stage in 2010, came out on top after three back nine birdies counteracted a two-over-par front nine.

Spaniard Carriles posted a level par 71 to safely earn a card while Olsen will play on the Staysure Tour for the first time in 2019, despite a four-over par-75 on Day Four.

Bossert, who led Final Stage at the end of Day Two, dramatically earned his playing privileges with back-to-back birdies on his final two holes after a one over par first 16 holes had left his hopes hanging by a thread.

With four men safely in possession of cards, it was down to Little and Wilson to fight it out for the final spot.

Little, a two-time winner on the European Challenge Tour, holed a magnificent 30-foot putt on the 72nd hole to ensure he would compete in a play-off with his compatriot Wilson.

The duo parred the first extra hole – the 17th – and therefore teed it up on the 18th as the crowds eagerly anticipated a nail-biting finale.

Both men found the fairway with their tee shot, but it was Little who gained the advantage as he hit a superb seven iron to four feet and rolled home the birdie putt to defeat Wilson.

Thelen said: “It was great. I got off to a rough start on the first day and birdied two of my last three on the second, which got me into position. My third round was great and I hit the ball really well.

“I found something on the range on Monday or Tuesday and I just brought it to the golf course. It worked for three days, because the first day really wasn’t very good. I carried the momentum forward and had a good caddie this week.

“It’s very satisfying to know I’ve got a place to play next year. Players have come here from all over the world and you’re playing for five spots.

“With Staysure coming in and also David MacLaren coming in, the Staysure Tour has got more tournaments, more money and more travel opportunities. In 2018, I was in the UK and Europe for ten weeks in a row and never got to go home because we were playing in tournaments or pro-ams. It’s getting a lot better and it’s fun; I’ve got a lot of good friends over here.”