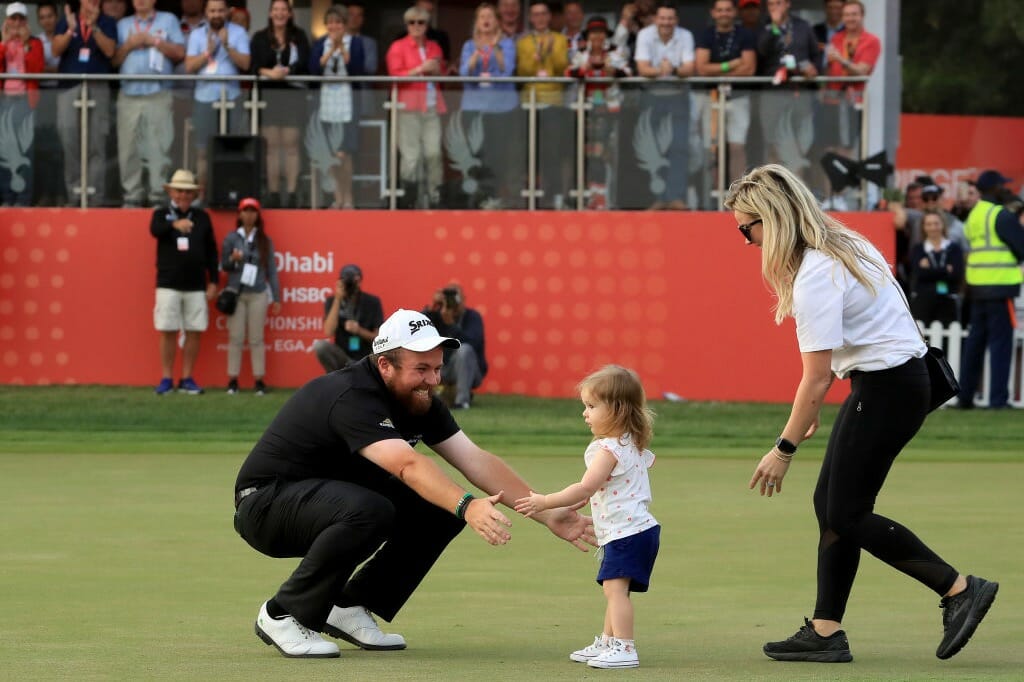 Through pure resilience and belief, Shane Lowry has won his first European Tour title in four years by lifting the HSBC Championship in Abu Dhabi.

The Clara man entered the final day with a three-shot lead over Richard Sterne and birdied the first to get his final round off to the best possible start.

But Sterne wasn’t for shifting with the plucky South African matching Lowry’s birdie before playing his front nine in five-under, six shots better than Lowry.

Golf is a funny game however and with the day threatening to get away from the overnight leader, momentum swung around the turn.
Suddenly Sterne’s lead didn’t look so secure, the weight of his own title charge taking its toll. Seeing sprouts of hope in his opponent’s struggles,

Lowry picked up birdies at 12 and 13 in an attempt to turn the screw. Sterne let slip shots at 14 and 16 and suddenly the sides were level playing the last.

Two great drives down the par-5 did little to separate them but when Sterne ballooned his second shot way right of the green, Lowry’s window of opportunity presented itself.

280 out with 3-wood in hand, he hit the most majestic slider to the heart of the green and with Sterne unable to get up and down, Lowry stroked the ball home in two pleasurable putts to change the course of his season at the first time of asking.

The relief was palpable across an emotional Lowry’s face who saw his dreams come true before his eyes as daughter Iris made a beeline for her Daddy to celebrate.

“I completely thought I was gone to be honest,” said and exhausted Lowry. “I just tried to put him under as much pressure as I could. I didn’t think I had that in me today, how hard I fought, the putts I holed.

“How strong mentally I was coming down. The two shots I hit coming into the last. Oh God I’m so happy!

“It means everything. I slept OK last night but I woke up a couple of times and all sorts was going through my head. I could visualise this little one [Iris] running around Augusta in her little suit caddying for me in the par-3 in the middle of the night. That’s how mental this game is.

“I’m over the moon. So thankful to everyone who’s helped me. My Mam and Dad are at home there. I’m sure they’re over the moon. My Granny, my wife Wendy, my daughter Iris.