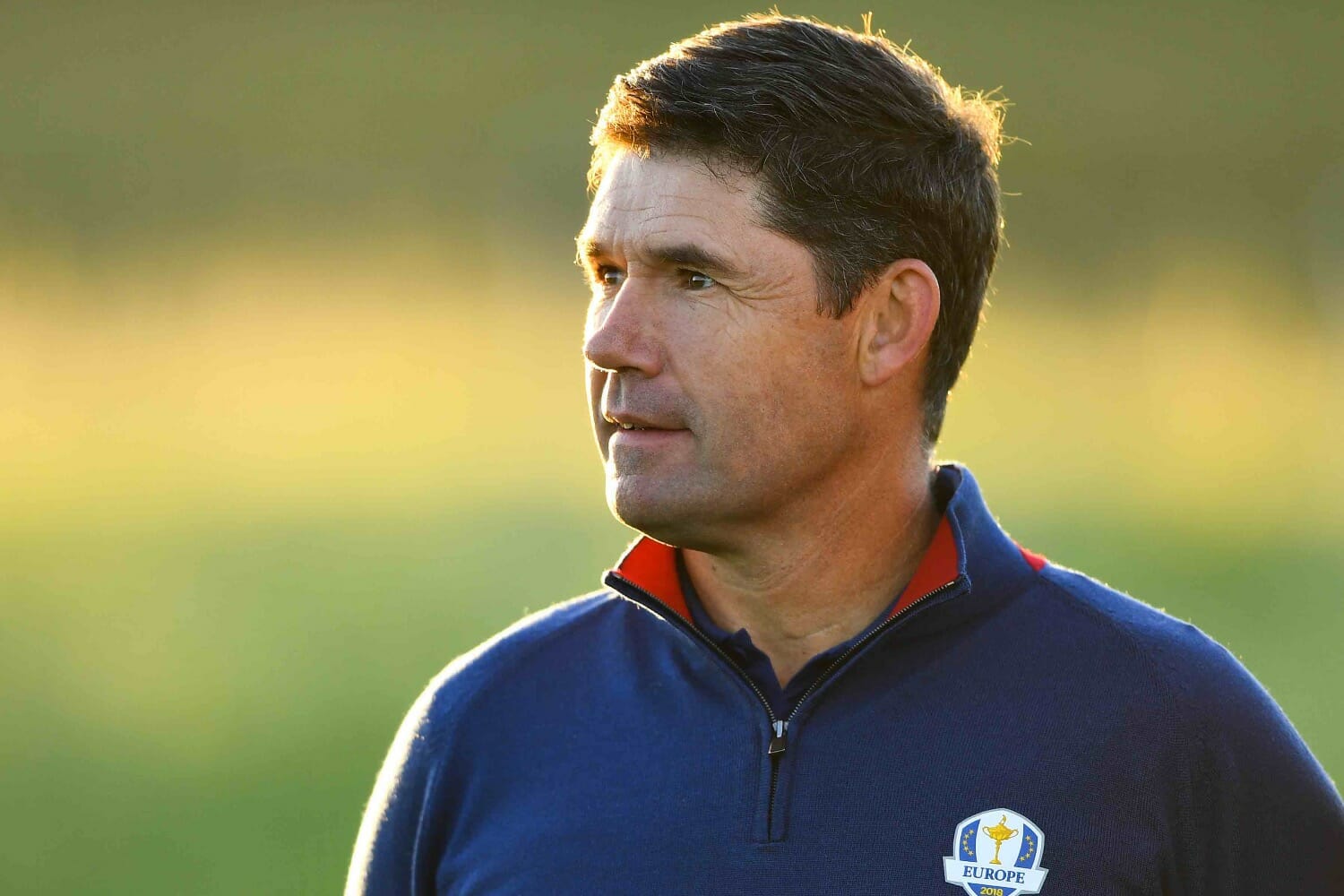 Harrington revealed he broke a bone in his wrist mid-December in slipping on the staircase in his Dublin residence with the 47-year old, at first, thinking it to be just a sprain but a later x-ray revealed evidence of a broken bone and his arm is now in a splint.

“A simple slip and sprained wrist mid- December has turned out to be a broken bone in my wrist,” he said on Twitter.

“A few extra weeks off is now needed in a splint. If only practicing your putting all winter would make you a better putter.”

The Dubliner has been scheduled to tee-up in January’s , Abu Dhabi HSBC Championship and the 30th annual Omega Dubai Desert Classic, but the injury will now see him commence his 2019 season at the February 7th commencing AT&T Pebble Beach Pro-am on the PGA Tour.

He added:  “Whilst it continues to heal, I need to keep it in a splint a little while longer so, frustratingly, I will need to miss the first two planned events of my season in Abu Dhabi and Dubai. However, I should be fully fit for the AT&T Pebble Beach Pro-am on the PGA Tour in early February.”

The injury is the latest in a number of niggling injuries in recent years for Harrington.

Harrington underwent surgery on his shoulder in February 2017 after experiencing pain in his shoulder that he traced back to sleeping poorly in his 2016 Rio Olympic Games bed.

The European Tour will confirm Harrington’s Ryder Cup appointment at 1pm Tuesday in the Ballroom of the Wentworth Cub in Surrey for the 2020 captaincy at Whistling Strait where Harrington will become the third Irish-born captain in the past four Ryder Cup’s.