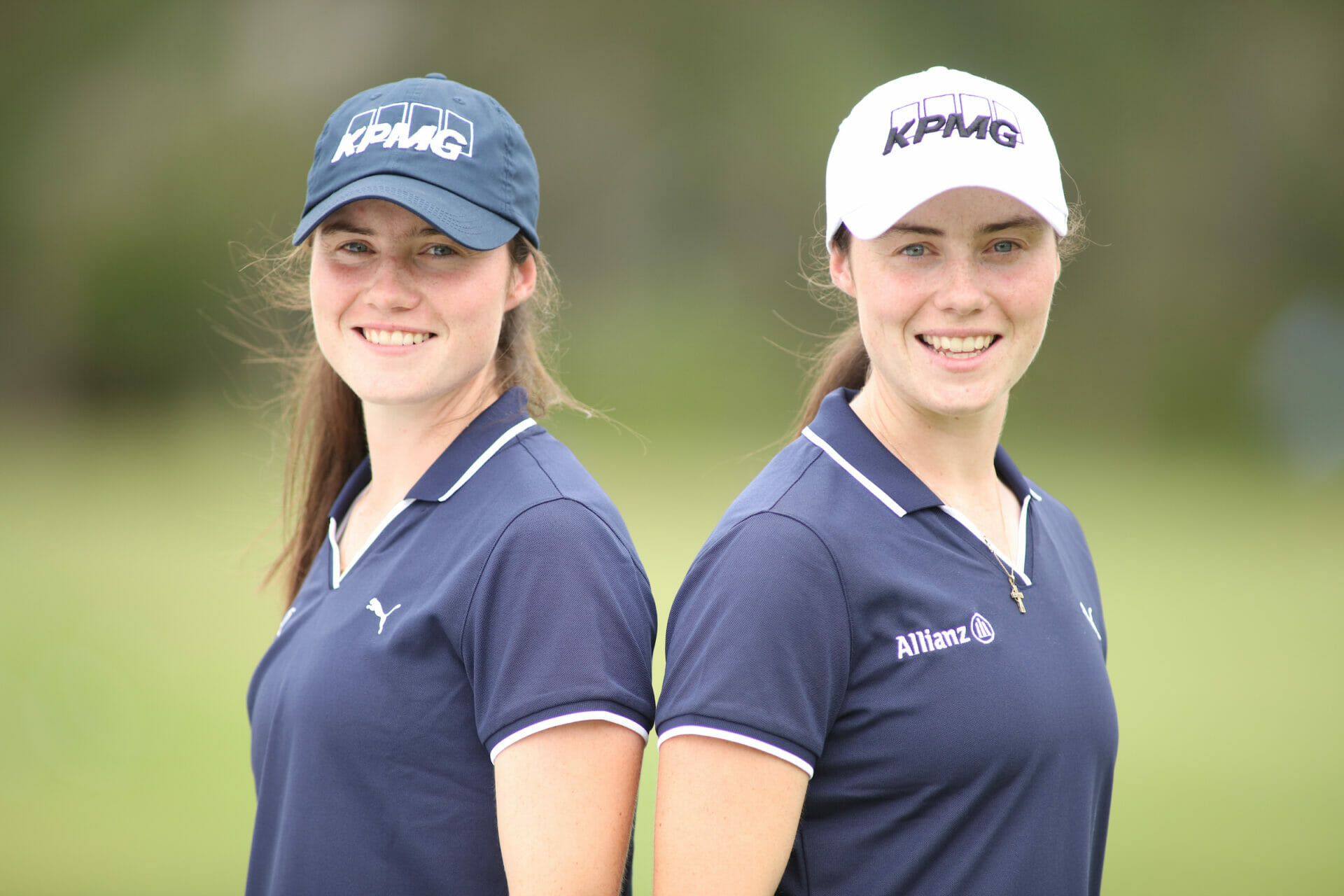 Ireland’s most famous golfing twins, Leona and Lisa Maguire both began their quest for a card today at Ladies European Tour Qualifying School and it was Leona who came out on top on day one in Morocco.

Leona was her typically solid self, firing four birdies in a two-under-par 70 that sees her in a share of 11th place after a sound start. Speaking ahead of the event, Leona believed her game was in good shape to give a great account of herself this week having spent some time at home fine tuning her swing.
“I’ve been working on a few things over the last week at home in Cavan,” she said. “It’s nice to be back in Europe and closer to home.”
“It’s my first time in Morocco and I feel good about my game and like the course. I think there’ll be a premium on good iron play, so I’ll be looking to give myself as many birdies as possible.”

Meanwhile sister Lisa posted a two-over-par 74 that gives her plenty of hope heading into day two. It was a nearly round of golf, comprised of three bogeys and one gain and sees Lisa share in a tie for 39th on plus two.
She may not have taken to the pro ranks as quickly as her sister, but like Leona, Lisa has been back home putting in some solid work in the hopes of enjoying a fruitful week in Morocco.
“I’ve been at home practising to get ready for this and it would be nice to play in Europe next year, together with Leona,” said Lisa.
“We got a taste of it as amateurs as we received several invites, so I’m hoping this week goes as well as possible and we get through to the final stage.”
The Cavan professionals, both currently plying their trade on the Symetra Tour Stateside, are at Amelkis Golf Club in the hopes of surviving 162 holes right through to the end of Final Stage to earn one of 25 Ladies European Tour cards on offer.

Opportunity will be a plenty this week, 7-10 December, where the top-5 players will earn category 5c status while those players finishing from 6-25 will claim category 8a membership of the LET for the 2019 season.
The early pace has been set by the trio of Austria’s Nadine Dreher, Sweden’s Linnea Strom and Scotland’s Rachael Taylor at six-under-par.