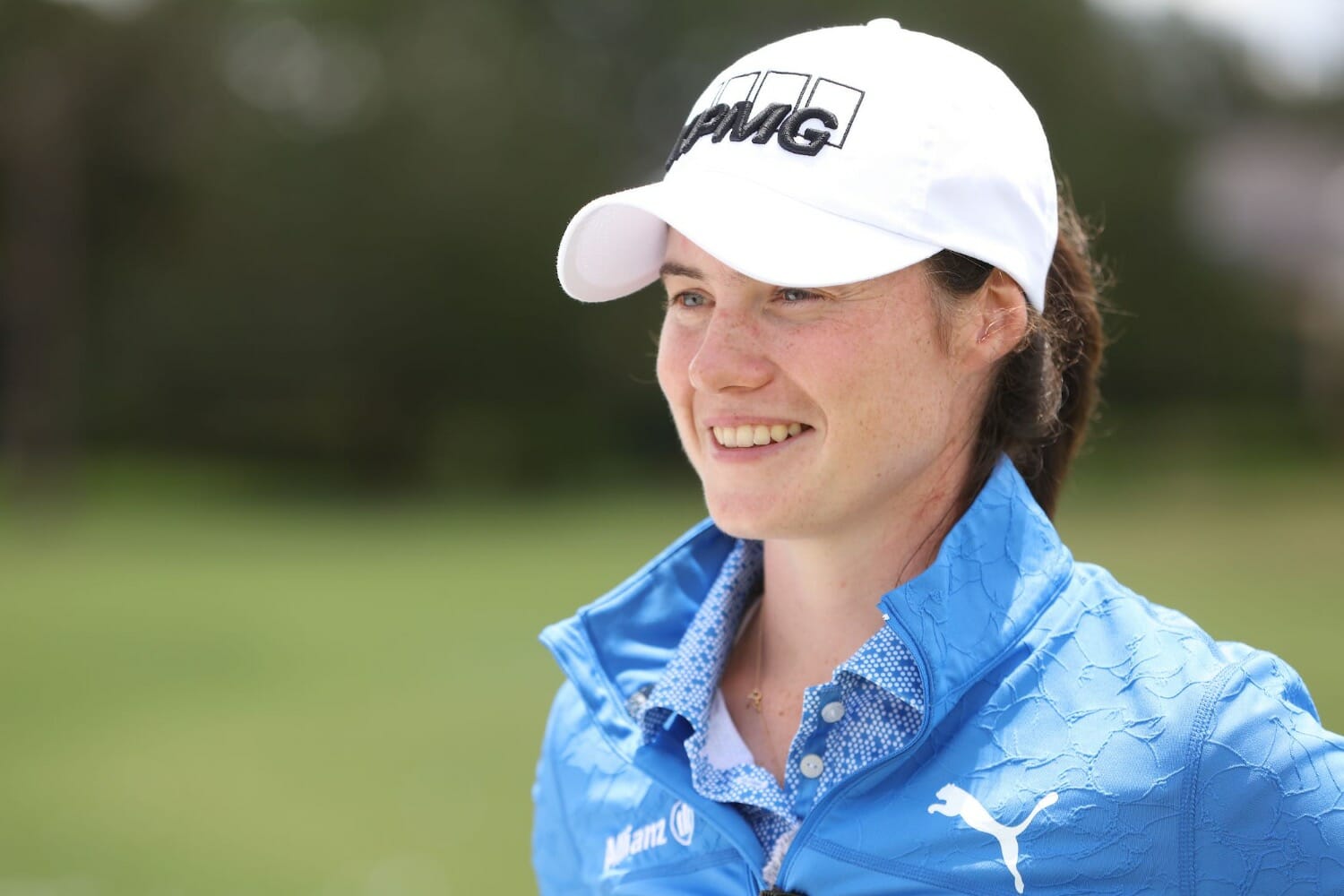 The Slieve Russell professional was grinding out scores all week around the drenched La Quinta Golf Resort but saved her best for last in a blemish-free two-under-par 69.
That saw Maguire retain her overnight position of tied-18th on the leaderboard and having collected 4,575 shekels for the result, the former Blue Devils star was both grateful for the opportunity and positive about how her game was trending throughout another encouraging week in the paid ranks.
“Great week down in Spain at the Open Femenino,” she Tweeted. “Thank you so much to the Ladies European Tour for the opportunity. Game starting to feel good. Thank you for all the support.”

The week belonged to Anne Van Dam from the Netherlands who successfully wrapped up 2018 on the Ladies European Tour by claiming her second victory on Spanish soil this season.
The powerful hitter, who won the Estrella Damm Mediterranean Ladies Open in Sitges two months ago, fired rounds of 68, 67, 66 and 70 for a total of 13-under-par in Benahavís, Marbella.

The 23-year-old from Arnhem had been in possession of a three-stroke lead when darkness forced play to be suspended overnight.
She powered into a four-stroke lead following the completion of the third round on Sunday morning, carding three birdies in her last five holes, but then, in the final round, the 2016 and 2017 champion, Azahara Muñoz, did her best to catch her.
Muñoz gave Van Dam a scare when she closed the gap to two strokes courtesy of four birdies in six holes on the back nine, but a double bogey at the short 16th, where she lost her ball down a rocky slope beyond the green, halted her challenge. She took second place at 10-under-par after a final round 69.
Scotland’s Catriona Matthew finished four strokes further back at six-under-par, one ahead of Spain’s Natalia Escuriola Martinez and Germany’s Olivia Cowan.
England’s Hannah Burke and Spain’s Luna Sobron were a shot further back in a tie for sixth place. Finland’s Krista Bakker and Spain’s Marta Sanz Barrio secured their Ladies European Tour cards for 2019 with a share of eighth place.
Georgia Hall finished in a tie for 10th place with last year’s rookie of the year, Camille Chevalier and the Ricoh Women’s British Open champion collected her second consecutive Order of Merit title, becoming the youngest ever to do so.
It was another brilliant performance from Van Dam, who finished second on the Order of Merit and collected a first prize of 45,000 euros.
After a pair of birdies on the fourth and sixth holes, she was six strokes clear at the turn. A run of seven pars on the back nine, followed by just one three-putt bogey on the 17th and a regulation par on the short par-4 18th proved more than enough to earn her third Ladies European Tour title.

She said: “I don’t know what it is about Spain, but I like it. It was tricky weather all week and it was difficult approaching the greens, with the amount of spin I had. Today I hit a lot of good shots on the back nine that flew too far and had no spin, where I left myself some awkward putts. The conditions were not easy but I’m happy with how I played my way around the golf course.”
Van Dam became the only multiple tournament winner on the Ladies European Tour in 2018 and comparing her victories, she said: “I think I was a bit more nervous with this one, coming down the last few holes. In Spain a few months ago, everything was going well. Here, it was a bit more tricky so I had to work harder. It’s a different win, but as good, definitely.”

Muñoz, who had birdied the first two holes in the final round, only to drop shots at the fifth and ninth, made a charge, but it was a costly mistake at the 16th, where she hit a hybrid club long and then had to go back to the tee.
“It’s a little bittersweet at the end, but I gave myself a chance. I was six back at the turn and I was only two back with three to go. I had to be aggressive and I probably chose the wrong club, but I wanted to make a birdie and I don’t regret it,” she said.
“I’m still proud of myself. I wanted to win in front of everybody, but I finished second and it was still a really good week.”
The 2019 European Solheim Cup captain Matthew, who played with Van Dam for the final two rounds, will be keeping a close eye on her over the next nine months leading up to the next contest at Gleneagles in Scotland.
She said: “Obviously there are always a couple of new faces in the team so if she plays well next year she would be a great addition to the team. She does hit the ball miles!”