Weather hits hard at World Cup of Golf in Australia 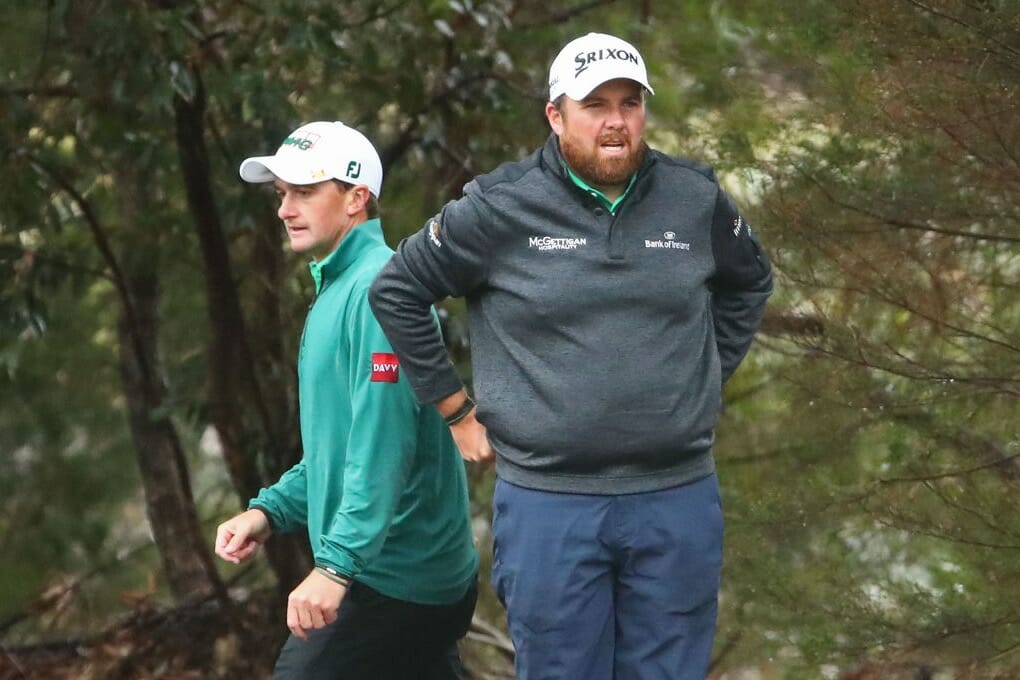 Wild weather at the World Cup of Golf in Australia has hampered players on day two, with 35km winds and lashing rain playing havoc with the event.

The foursome format (alternate shots) was the order of play for today with Ireland’s Shane Lowry & Paul Dunne combining for a four over par total for the round which sees them drop down the leaderboard to tied 12th on four under par, having been in 7th overnight.

The pair carded four bogeys and no birdies in the dreadful conditions but they weren’t alone as the majority of the field went over par for the day, including over night leaders Australia who were also four over for their efforts on day two.

Belgium, represented by Thomas Pieters and Thomas Detry are now the pace-setters alongside Korea (An & Kim) with both teams sitting on ten under par heading to round three, two shots clear of the chasing pack which includes England’s Tyrrell Hatton and Ian Poulter who also dropped down the leaderboard following a two over par round.

Thomas Pieters commented: “I think we played very solid.  Both of us were pretty much on our games.  The short game was pretty good today.  Thomas holed out great from six, seven feet in and I made some really good recovery bunker shots so we saved ourselves some good pars. We’ll try to do the same on Sunday as we did today, but tomorrow’s a whole different game.  And we did well yesterday in fourball, we’ve just got to get going a bit earlier than we did yesterday and hopefully have another couple good ones.”