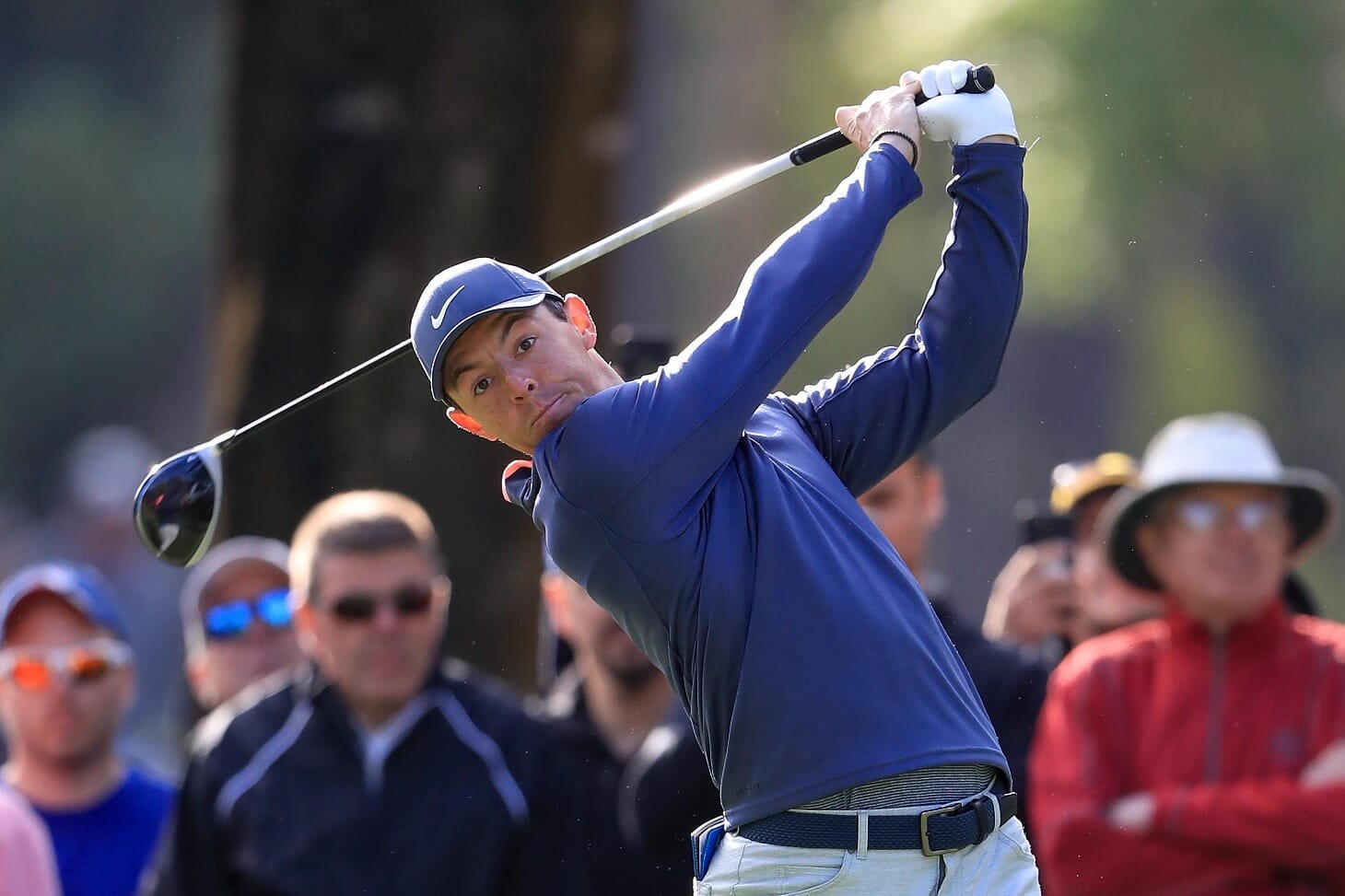 Rory McIlroy will shock event organisers and fans alike by hinting he possibly will not contest next year’s Dubai Duty Free Irish Open at Lahinch.

McIlroy has played host to the past four years of the Irish Open and in the process, attracted sponsors Dubai Duty Free while also managing to entice some of the world’s best to tee-up.

With McIlroy’s star-power backing, the Irish Open was elevated to become one of the eight mega-bucks Rolex Series events.
In 2016, there was also the unprecedented scenes when McIlroy pulled-off one of the shots of his career down the final hole to win a maiden Irish Open at The K Club.

But all could change next year with McIlroy firstly likely not to take-up European Tour membership and secondly he will choose between teeing-up in either the 2019 Irish Open or the following week’s Scottish Open.

“Right now, I’ve got two events on my schedule in Europe and I don’t have to commit to that until next year,” he said.  “They’re the Irish or Scottish Open.”

“I am going to try and play the week before Majors as three of my four Major wins have been by playing the week before. So, that’s sort of up in the air right now and I will play the European Masters at Crans.

“I will go to Crans after the Tour Championship as I am obligated to play one of the Omega sponsored events as I am not going to play in Dubai.”

McIlroy made his Irish Open debut as a then amateur in 2005 and has contested the event every year since 2008.

What is known is that McIlroy will end his season at this week’s DP World Tour Championship in Dubai and he will compete again, for a first time in his career, at the January 3rd starting Sentry Tournament of Championship at Maui in Hawaii.

He’ll then take five-weeks off, missing the European Tour’s ‘Desert Swing’ for a first time in his career, ahead of teeing-up in the February 14th starting Tiger Woods hosted Genesis Open in L.A.

“I am starting my year off in Hawaii and that will be the big focus of mine up until the end of August,” said McIlroy.

“I’ve couple of ‘pure’ European Tour events on my schedule up until the end of August. I guess my thing is that I want to play against the strongest fields week-in and week-out and for the most part of the season that is in America.

“If I want to continue to contend in the Majors and to continue my journey back towards the top of the game, then that’s what I want to do.

“So yes, right now my European Tour membership is all sort of up in the air but if it were to be that I don’t fulfil my membership next year, it’s not a Ryder Cup year so it’s not the end of the world.

“I am always going to want to play the Ryder Cup, so if anything, if that does happen so be it and I will try and make the Ryder Cup team the year after.

“It’s a big shift but I think it’s good for a lot of reasons. It is good for the European Tour because they have events to shine. Wentworth is going to be in September, the Italian Open and a lot of the big events are going to be post the PGA Tour season so they are not going up against the American season.

“They are going to be biggest events and strongest events in the world that week which is a good thing. I think that will work out well.”