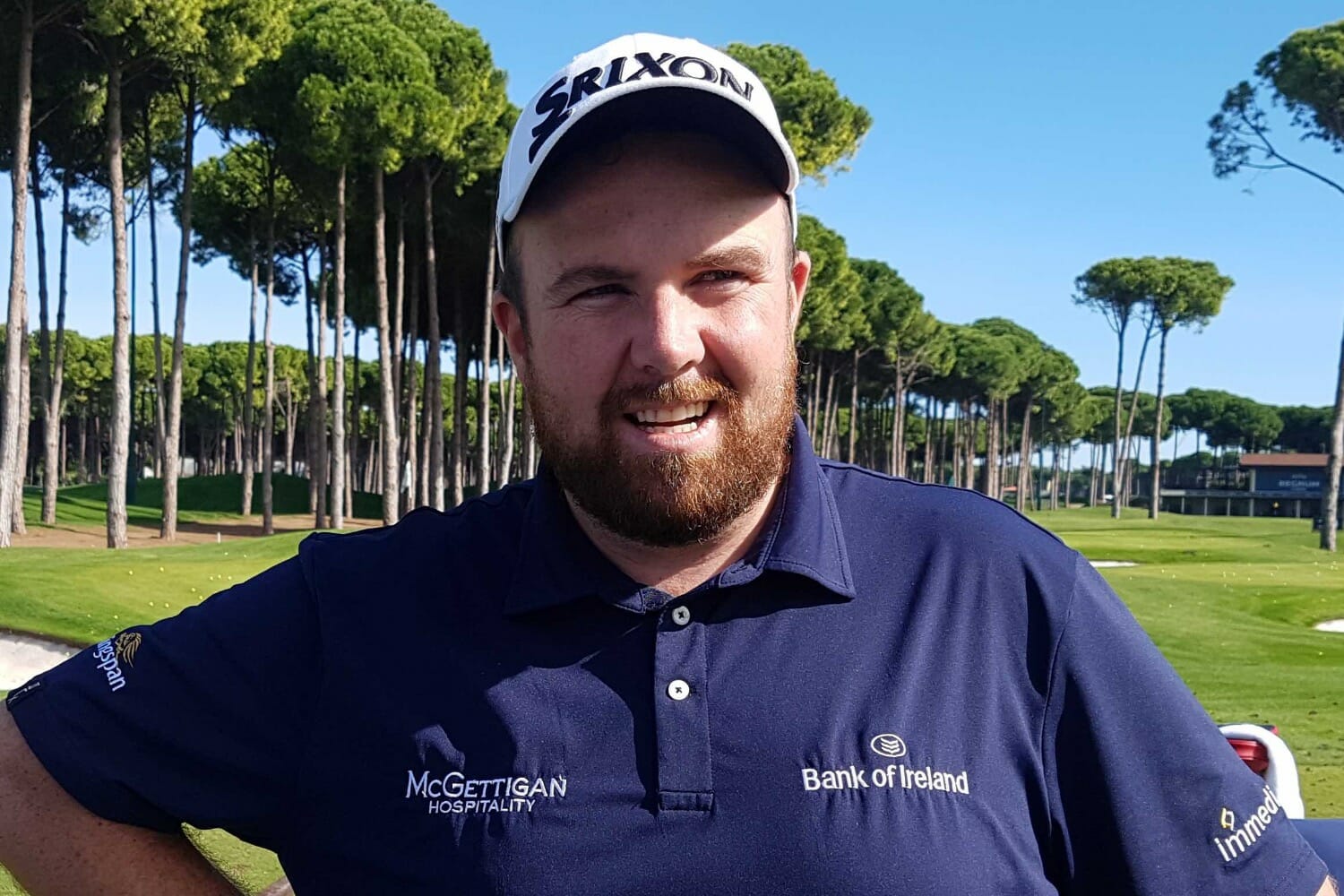 Shane Lowry is flying high coming off a second in Spain and with memories of having shared the lead with a round to go in last year’s Turkish Airlines Open.

Lowry returned to the stunning Regnum Carya resort course in Belek looking also to break into the Race to Dubai top-30 and guarantee himself a 2019 Open Championship tee time at Royal Portrush.

Twelve months ago, Lowry was sharing first place in the Turkish Airlines event only to post a closing 72 to finish eighth, but now after putting Sergio Garcia under pressure to eventually finish runner-up to the Spaniard, Lowry is excited at the prospect to get back into seat 1A this week.

“I did alright in Portugal (sixth) and that was my first proper good week in almost a year and then to finish second to Sergio in Spain shows there is a little bit of light at the end of the tunnel,” he said.

“Then you go play a golf course like Valderrama and you shoot eight-under for three rounds it shows you are playing some good golf. I keep coming out, and I know it’s boring saying my golf is good and this that and the other, and people are looking at me saying you must be mad thinking your golf is good.”

“But I feel like I am hitting the ball solid, there’s not a destructive shot in there and when it comes down to it, if I hole a few putts I normally do alright.”

Lowry, one of three Irish in this week’s Turkish Airlines field, is currently 42nd on the Race to Dubai ahead of teeing-up in all three remaining Race to Dubai tournaments which means he’s just a dozen spots shy of earning what would be just a fifth Open Championship appearance.

“Top 30 on the Race to Dubai gets you into The Open and that’s the big goal for me as I don’t want to have any doubt in my head whether I will be in Portrush next year,” he said.

“That is the big thing for me. I would love to make sure that I will be at Royal Portrush.  I’ve finished inside the top-30 the last four years and just knowing you are in the Open for the following year is very special.”

In the bigger World Ranking picture, Lowry is currently ranked 70th in the world and should he end the year inside the top-50 then he’s guaranteed a return to Augusta National having failed to qualify this past season.

“Getting back into the top-50 is always in the back of my mind,” he said. “I have three weeks ahead of me to get inside the top-30 and hopefully top-20, in the race of Dubai. It is a big jump from where I am to 20th, so I will need a couple of good weeks to get into the top-50 in the world.”

“Though my top-50 goal is still the same and achieving that by next March to try and be in the top-50 in the world and see where that leaves me.”