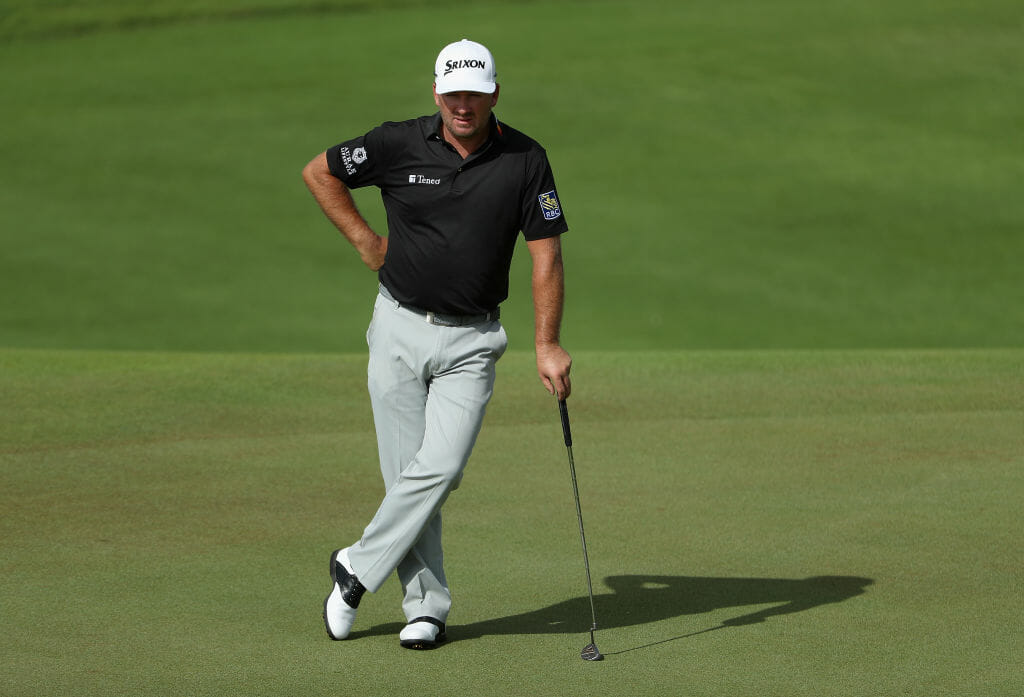 Graeme McDowell picked-up a cheque for $31,000 despite letting slip a top-25 finish in the CJ Cup at Nine Bridges in South Korea.

McDowell, contesting his first event of the new 2018/19 PGA Tour season, began his final round with back-to-back bogeys but rebounded with five birdies over his remaining seven outward nine holes.

However, McDowell gave back three shots with bogeys at 10, 13 and 15 in a final round 72 for a four-under par tally and a share of 41st place.

Triple Major winning Brooks Koepka is the new World No. 1 after holing an eagle ‘3’ putt at the 72nd hole to win by four shots, winning only his second ‘regular’ PGA Tour title thanks to a closing 64 for a 21-under par tally.

The American has now won three events in his last 12 starts dating back to June’s second straight US Open success.

“To be world number one is something I dreamed of as a kid and I don’t think this one’s going to sink in yet,” Koepka said.

“Everything I’ve done this year it’s been working. So, I don’t want to change anything. Just keep improving. I’m so excited right now, you have no idea. I can’t wait to go play again.”