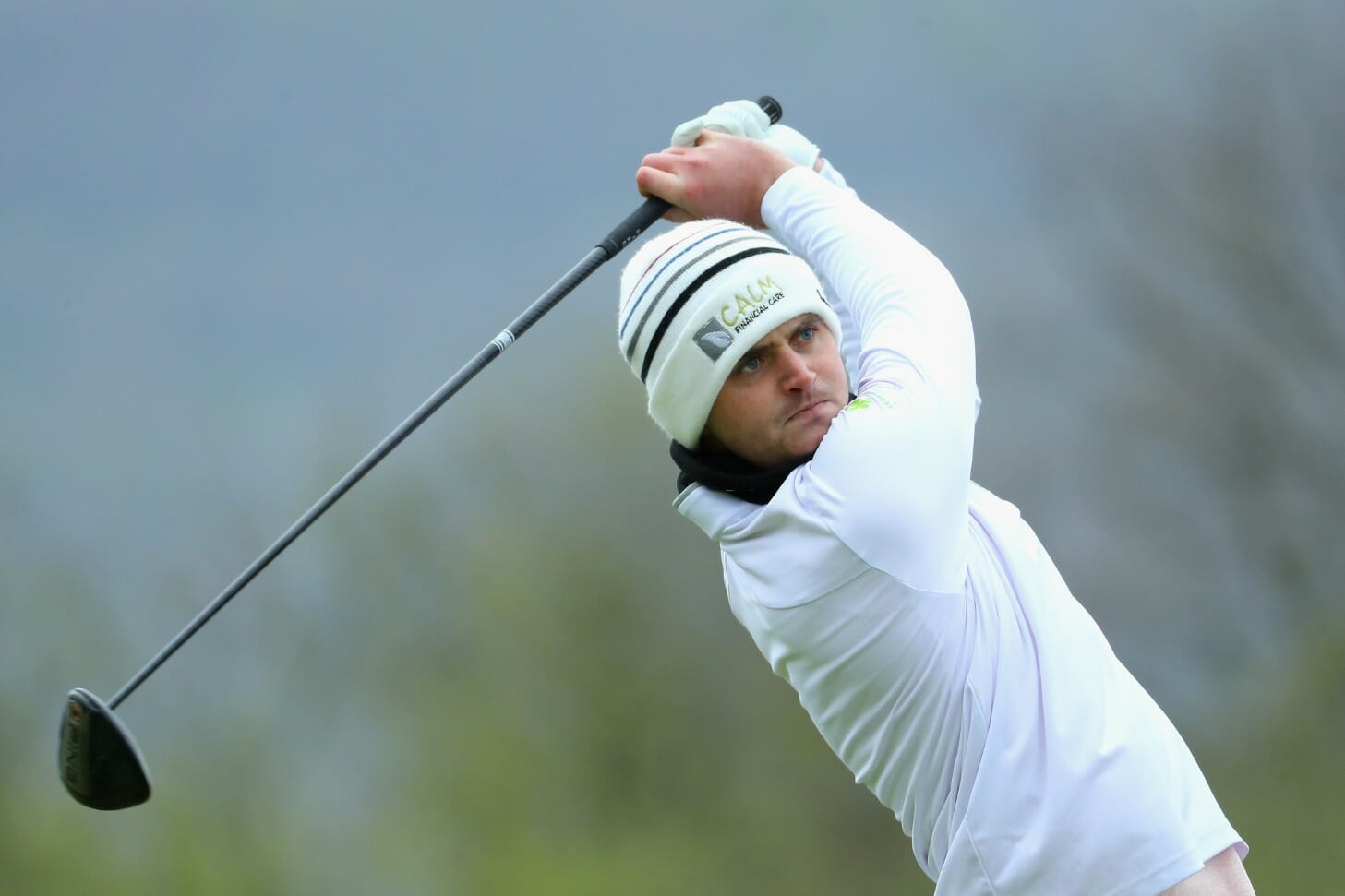 Kildare’s Conor O’Rourke fired a hard-fought five-under-par round of 66 to move into a share of 4th spot at the halfway point of the Alps Tour Grand Final at Lake Maggiore in Italy.

Entering this week O’Rourke was in 13th spot on Order of Merit rankings, just over three grand short of the top-5 on the money list who will take a full category on the Challenge Tour next year.
With €45,000 prize money and this weeks Grand Final tournament offering 70,000 points to the field, O’Rourke needs a minimum top 3 finish to break into the top 5.

Day two began well as O’Rourke birdied the second and third holes for the second day in succession but a couple of errors crept into his game with bogeys coming at 4 and 7. However they were surrounded by gains at 6 and 8 with the Naas pro making the turn in 34 and primed to strike on his inward half.
A bogey at 12, the hole he doubled the day before wasn’t quite in the script, but O’Rourke hung tough, holing a monster at the par-3 13th to spark his round into life. He flew home with further birdies coming at 14, 15 and finished the day with a perfect birdie 2 on his last hole to be back in 32, his eight-under-par total just three shots off the lead.
“Today was a good day,” O’Rourke reflected. “My patience was certainly tested. I got off to a lovely start, then made a couple of little errors here and there. But I stuck to my guns, kept trying to do the right things as much as I could in the hope that it would eventually click and it did.
“I managed to knock in a few putts, a long one on 13 from about thirty feet, then birdied 14, 15 and hit it into three feet at the last.
“It was nice to finish strong because I felt like I was playing much better than I was scoring throughout the day but it’s just that type of golf course. You have to be incredibly patient, just hang in there and hope for a run.”
Patience has proved key to O’Rourke’s progress so far this week and having secured a nice pairing for round three alongside Spaniard, Ivan Cantero Gutierrez, he’s hoping to continue that upward trend.

“Hopefully there’s more of the same to come tomorrow,” he continued. “It’s nice to play at a similar time with a nice playing partner in Ivan Cantero who’s been shooting a lot of good scores lately so hopefully we can feed off each other.
“I’m nicely positioned at halftime but there’s a lot of work still to do. I’m looking forward to it though.”
Belgium’s Hugues Jr Joannes leads the way at the halfway point on 11-under-par with just Spain’s David Borda (-10) and Cantero Gutierrez (-9) ahead of O’Rourke (-8) in the pecking order.
David Carey is Irelands only other player in the select 45 man Grand Final and he carded two rounds of 71 to sit in a tie for 25th at level par.
Full Scores Here