O’Rourke staying on the attack after superb Final start 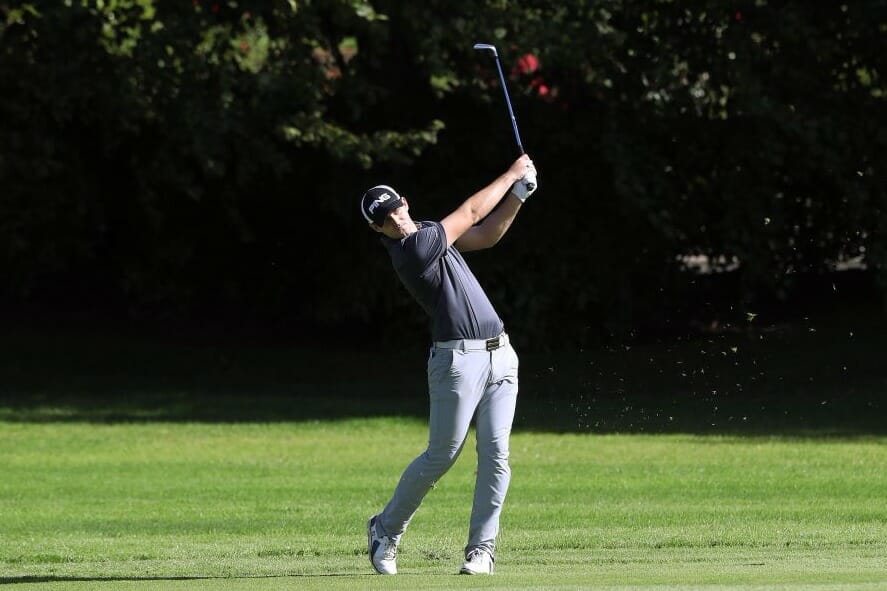 Kildare’s Conor O’Rourke opened up with a confidence boosting three-under-par round of 68 at the Alps Tour Grand Final at Lake Maggiore in Italy.

O’Rourke, who finds himself in 13th spot on Order of Merit rankings, is just over €3k shy of the top-5 who will take a full category on the Challenge Tour next year.

Yet with the €45,000 prize money tournament offering 70,000 points to the field, O’Rourke has plenty of scope this week to eat into that deficit.

And having entered the tournament in fine form, the Naas pro was quick to continue where he left off, posting birdies at two of his first three holes to get his round off to a flier.

Another birdie on the par-5 9th had him out in 33, before he took advantage of the par-5 11th too with another gain in four. His only bad swing of the day came at 12thtee, his pull left getting severely punished by a double bogey six.

Yet undeterred, he carded another birdie at the par-5 14th  and parred his way home for a sound 68, his three-under-total good enough for an encouraging share of 9th spot after day one in Italy.

“It was a decent start today,” O’Rourke reflected. “I played very steady and gave myself lots of chances. I converted some but definitely left a few out there. I felt good with the putter but it was just a typical patience game out there again.

“I made very few mistakes – pulling that tee shot left on twelve was probably the only bad shot I hit and that got very harshly punished and I ended up making a double. Other than that there really wasn’t a whole lot of stress involved.

“I feel that I’m nicely positioned after day one – in a position where I have to keep on attacking.  I can’t imagine the greens are going to slow up a whole lot so I’ll keep pressing forward and see if I can get it going again tomorrow.”

Spain’s David Borda leads the way on seven-under-par after a brilliant 64 to start but if O’Rourke can keep doing what he’s doing, he shouldn’t be too fussed with those ahead while his own game is in such great shape.