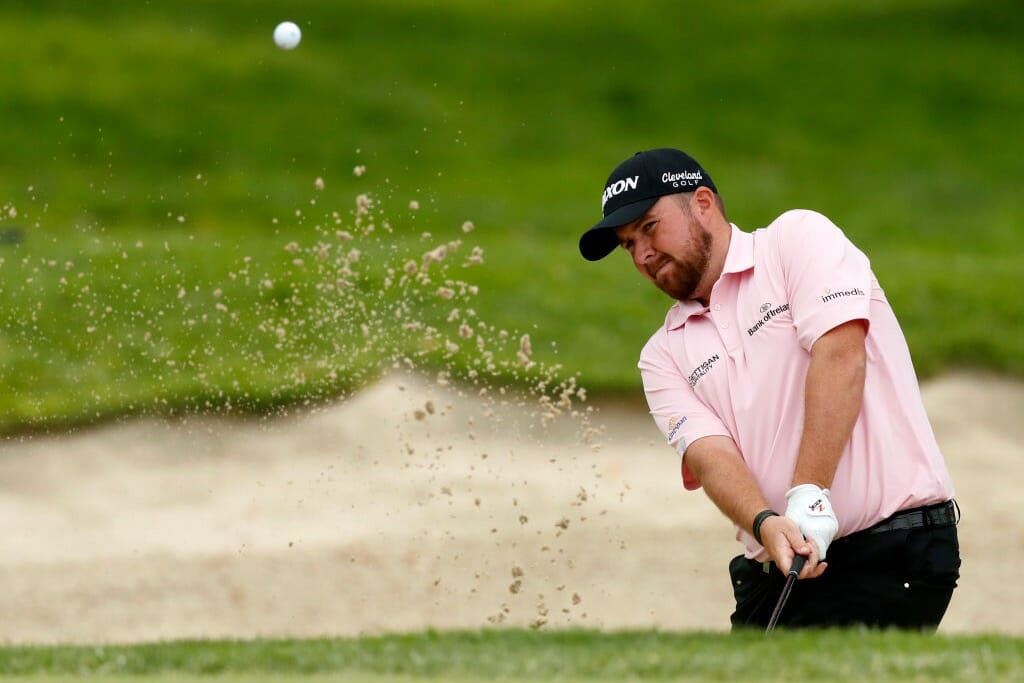 The ancient club-and-ball game at its highest level is again dealing with a serious injury after a female volunteer broke her leg in two places while looking for a lost ball on day one of the Andalucia Valderrama Masters in Spain.

Ireland’s Shane Lowry was in the group when Spaniard Pablo Larrazabal hit a wild drive off the 11th tee on the former Ryder Cup and long-time Volvo Masters host venue.

In helping look for Larrazabal’s ball, the woman slipped badly on the wet grass breaking her fibula and tibia in her right leg.

Play on the hole was delayed for close to 30-minutes, with four groups waiting on the tee, as medical crews treated the woman’s injuries before conveying her by golf cart to the clubhouse before taking the 64 year-old to a local hospital. The woman, believed to be named Rosa Pinedo, is the mother to Javier Pinedo a renowned TV reporter since 1992 with Canal Plus.

Larrazabal, who looked visibly shaken by the incident, later tweeted to Pinedo saying:  “I’m sorry… give your mother a big kiss… Mia’s fault for throwing it to Fr. Bush… a big hug and early recovery..”

It is understood the woman, who is a member of a nearby club, has been a Valderrama volunteer for near on 20-years and the incident follows on from the Ryder Cup where a female spectator ultimately lost the sight in her right eye after being struck by a wild drive off the tee by American Brooks Koepka.

Then last fortnight, winning European Ryder Cup star Tyrrell Hatton struck a woman in the middle of her forehead after a tee shot at Kingsbarns Links on day one of the Alfred Dunhill Links Championship. And while Koepka’s tee shot was clearly errant, Dunhill Links organisers admitted they got the 15th hole pin placement wrong in the strong cross winds that forced competitors to hit their tee shots over the heads of spectators.

Lowry ended the rain-interrupted first round near 6pm local time with those in the second half of the draw, including the Irish duo of Padraig Harington and Gavin Moynihan not teeing-up to very late in the day.

All tee times had been pushed back two hours due to heavy rain and lightning at the Valderrama club and play eventually got underway at 10.45pm local time and with Lowry, who had been due out at 9.15am teeing-up at 11.15am local time.

Lowry, Larrazabal and Dutchman Joost Luiten had only played the first hole, their 10th, when the drama unfolded down the right of the 12th, and from where Larrazabal eventually walked off with a quadruple bogey ‘9’.

Lowry walked off with a par before birdies at 12 and 13 but then gave both shots back with bogeys on 15 and 16 to be back to level par.

“It’s been a long day and I’m just pleased to get finished,” said Lowry.

England’s Ashley Chesters birdied his closing two holes in a five-under par 66 and one clear of Frenchman Greg Bourdy at the top of the leaderboard while tournament host, Sergio Garcia displayed his fondness for the tight cork-tree lined course to be in the clubhouse with a 68.

Padraig Harrington had produced six straight pars when poor light halted play for the day while Gavin Moynihan, out 50 minutes behind Harrington, went par, birdie and bogey and played only three holes.