Lowry celebrates Hole in One on day two at British Masters 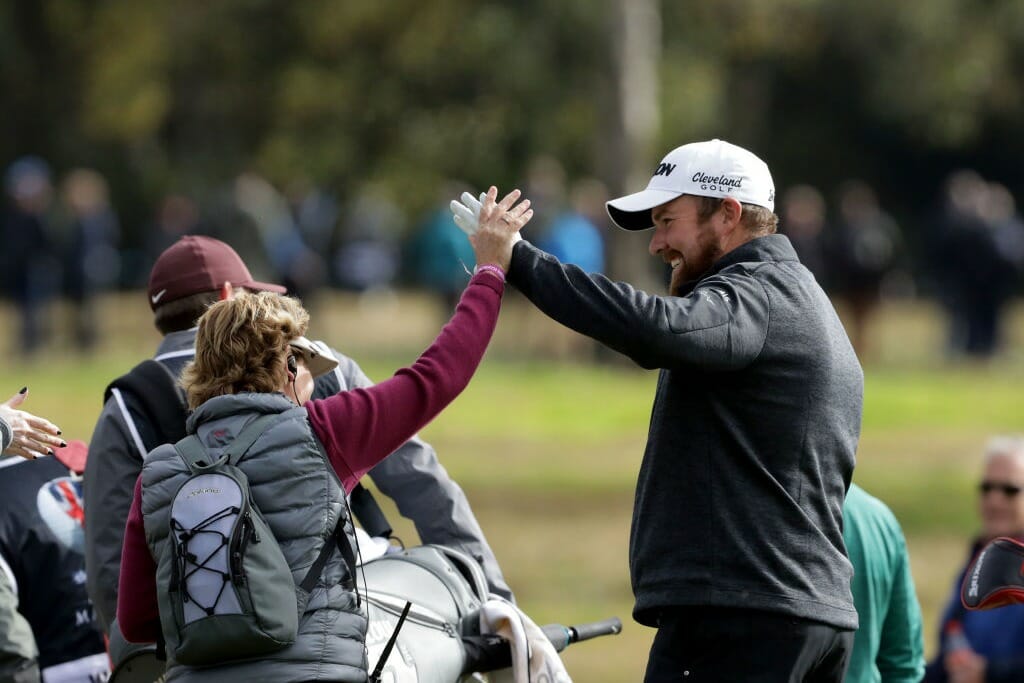 Shane Lowry was delighted to celebrate despite missing out on a £10,000 windfall after his ace during the second round of the Sky Sports British Masters at Walton Heath.

Lowry used an 8-iron to find the bottom of the cup at the par-3 fifth hole which was his 14th after starting his day on the back nine.
It was the second ace of the tournament after England’s Eddie Pepperell holed-out at the par-3 ninth hole a day earlier.
Pepperell’s ace was not only valuable to his chances of winning for a second time this season, but he also earned a cheque for £10,000 converted to the currency LIFEtoken, while a further £10,000 will be donated to the European Tour Foundation and Cancer Research UK Kids and teens.

Unfortunately, Lowry aced a hole with no prize but then he generously donated a few cases of Boddington’s and Foster’s to the caddies and also the media covering the event.
“I’m more than happy to buy some beers in for all the caddies and the lads in the media tent to enjoy”
The ace was Lowry’s first in over 20 months and it stopped the rot after dropping four shots in his previous four holes and in an eventual score of 71 to move inside the weekend cut-off mark at two-over par.

Lowry commenced his round in super style and taming the bright but blustery conditions with three 3’s after birding the 10th, eagling the 11th and then birding the 12th ahead of making the turn three-under for his round.
But by the time he got to the fifth or his 14th Lowry was one-over having bogeyed his 11th, doubled the 12th and bogeyed the 13th.
“It was very windy, I knew I hit a very good shot straight at the pin, lucky the wind didn’t put off track and it went in,” he said.
“It was a great feeling and got my round back on track.”

The ace was Lowry’s third on the European Tour having bagged a pro career first hole-in-one using a 7-iron in the company of Rory McIlroy on day two of the 2014 DP World Tour Championship in Dubai.
Lowry then grabbed a sensational second ace, and easily his most spectacular, on day three of the 2016 Masters also using an 8-iron to become the 16th player in Masters history to record an ace at the par-3 16th at Augusta National.

No such joy for defending champ, Paul Dunne who was inside the top-10 having birdied his second and third holes but then posted a ‘fat lady’ triple-bogey ‘8’ at the par-5 sixth hole.
Dunne then bogeyed 10 but bounced back with an eagle on 11 only to bogey 13 and 14 before a great chip-in birdie on 15.
There was then much discussion and far too much time taken in sorting out a ‘free’ drop for Dunne after a drive very right of 18 on route to a closing par in a round of 71 for a one-under tally.

A big smile appeared on Padraig Harrington’s face when he holed a big birdie putt at the 16th but only after four bogeys in five holes from the eighth.
Harrington signed off for a 74 to drop to three-over and right on the cut-off mark.
Pepperell added a 69 to his opening 67 to grab a three-shot lead over England compatriot, Matt Wallace (72).