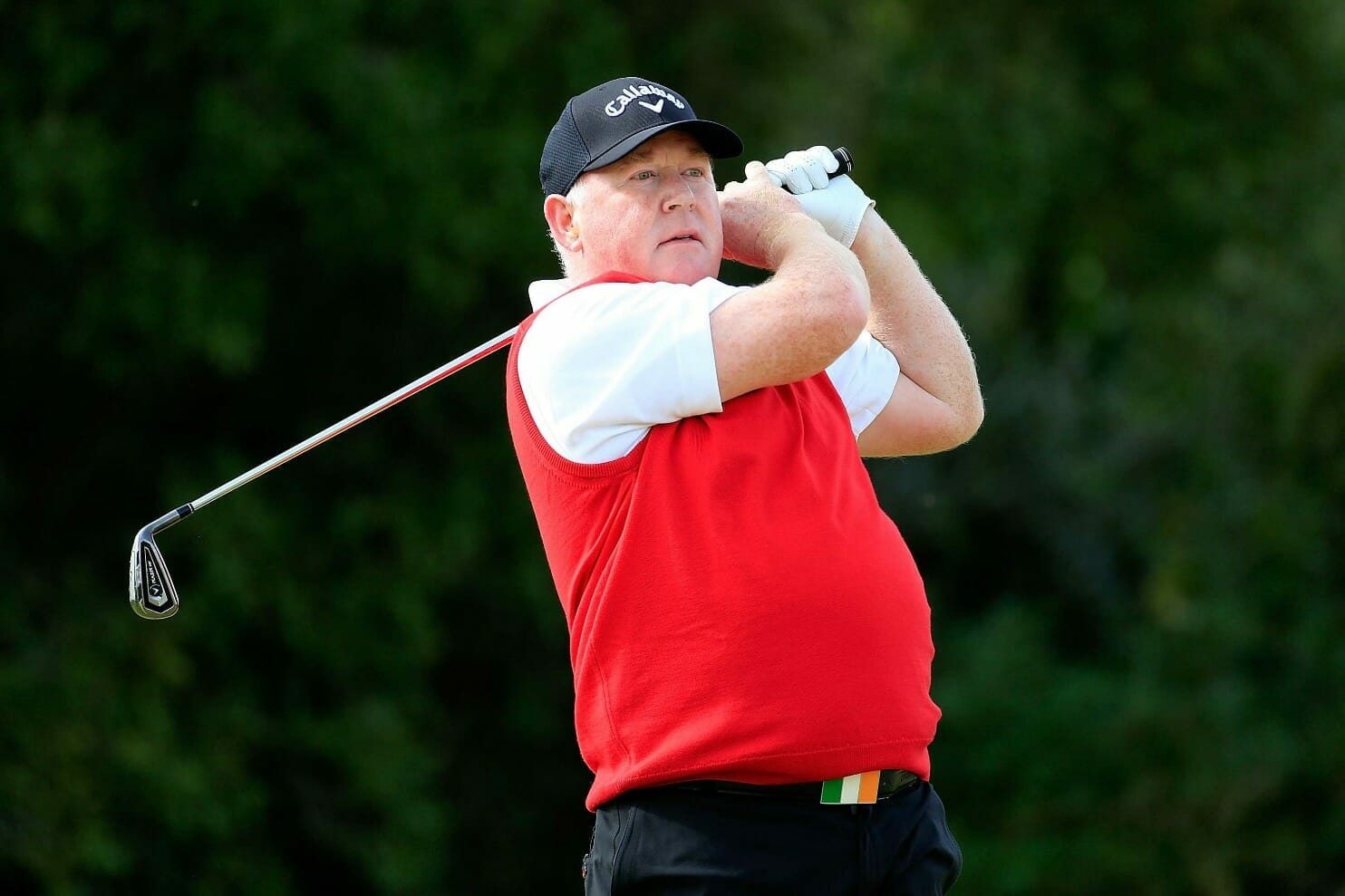 Headfort’s Brendan McGovern eagled the penultimate hole to sneak into the red for a typically solid week at the Farmfoods European Senior Masters.

Having birdied the first, the colourful veteran followed up with eight straight pars before a double bogey 6 to start his back nine derailed any momentum.

Another bogey at 16 threatened to take the gloss of an otherwise encouraging week but for an eagle at the par-5 17th that brought him back into the red at one-under-par for the tournament, good enough for a share of 14th spot. He collected a cheque worth € 3,176 for the finish.

Des Smyth was next best of the Irish after returning a two-over-par 74 despite four birdies on the round. Smyth’s plus-six total saw him finish his week in a share of 33rd position.

It wasn’t such a good showing for Eamonn Darcy and Philip Walton though who posted rounds of 77 and 76 to find themselves near the foot of the table at 17-over-par.

At the top, Santiago Luna stayed in control throughout the final round as he marched to victory in Coventry.

The Spaniard began the day in a share of the lead alongside Englishman Peter T Wilson, but he almost immediately pulled away from the pack and secured a relatively comfortable two shot victory on 10-under-par.

“This week was fantastic,” he said. “I have a good relationship with the golf course. I hit it fantastic and I had a good feeling on the greens and that was really important because the greens were unbelievable. They were really fast but really nice, the golf course was unbelievable and I played really well. I kept a good attitude and everything was with me.”

The two nearly-men, Austrian Markus Brier and Wilson, both recorded their best results of the season by finishing in a tie for second place on eight-under-par.

The 1993 Ryder Cup teammates Ian Woosnam and tournament host Peter Baker, who celebrated his 51stbirthday, each took a share of fourth place on seven-under-par.

The Staysure Tour now heads to France for the Paris Legends Championship at Racing Club de France La Boulie as the International Schedule marches on from October 11-13.