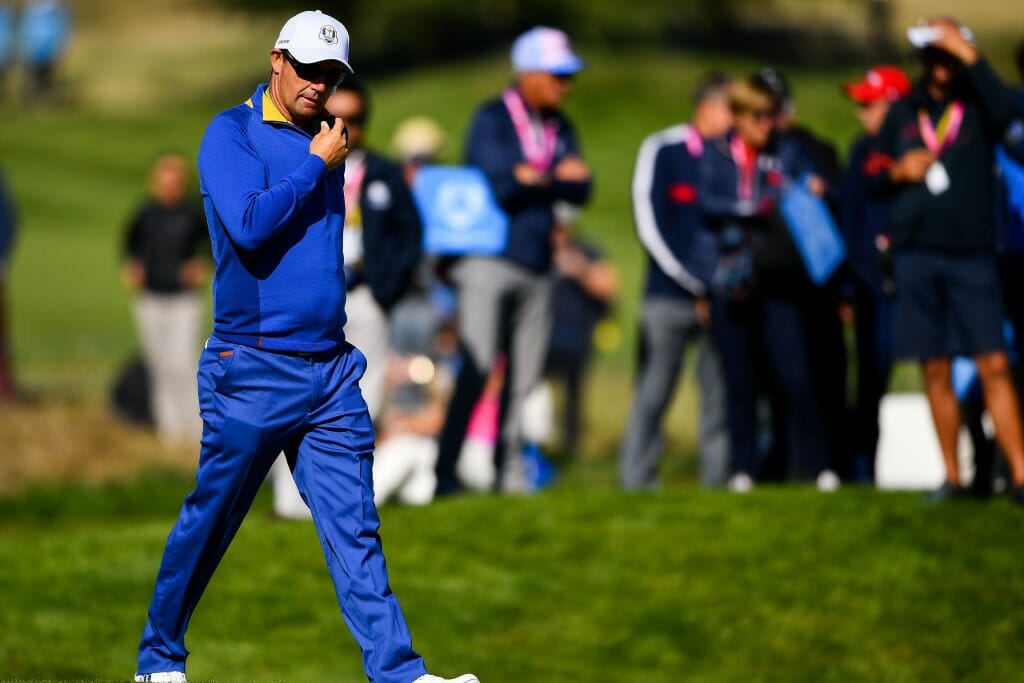 It is looking likely that Padraig Harrington will celebrate Christmas with the gift-wrapped 2020 European Ryder Cup Team captaincy.

The past three European Ryder Cup Team captains in Paul McGinley, Darren Clarke and victorious Versailles captain Thomas Bjorn along with the European Tour CEO, Keith Pelley and a representative of the Tournament Players Committee will meet early in December to consider the nominees and at this stage, there is just one Whistling Strait applicant and that is Harrington.

With McGinley and Clarke on the selection committee Ireland remarkably could have a third Irish-born Ryder Cup captain in four Ryder Cup’s. Not since Scotland’s own Bernard Gallacher was European Captain in 1991, 1993 and 1995 has one European golfing nation provided so many team captains.

“At this stage Padraig is the only choice as there does not seem to be any other candidate for the role in town,” said McGinley. “So, it looks like Padraig will be the captain but then you never know as someone else may step forward.”

“We will no doubt be making that decision just prior to Christmas with myself, Darren and now Thomas, along with Keith Pelley and somone like a David Howell from the Players Committee will decide on the next European Team captain.”

“So, it all goes well for Padraig”.

McGinley’s staring at a long golfing absence after missing Saturday’s Dunhill Links third-round cut. He had missed out by one putt in sharing the lead on day one of the event at Kingsbarns Links but then went to Carnoustie to shoot a 73 ahead of going close to driving the final green at the Old Course on Saturday only to three-putt for par in a round of 75.

“That’s me for pretty much the year for as I won’t play in any Seniors events on until December,” said McGinley. “I’ve still got plenty on my plate work-wise and I have a SKY commitment at the DP World in Dubai”.

McGinley had played the third round in the company of USA Ryder Cup star, Tony Finau who, competing in the event for a first time, was also taking to the Old Course for the first time.

He said:  “Tony’s a great guy and we spoke about the Ryder Cup saying he really enjoyed it but then he said the whole team found the golf course incredibly difficult. In saying that, I was so delighted for Thomas (Bjorn) as Europe did well.  The team was strong with the partnerships spot-on while the team spirit was exceptional.”

Meantime, Harrington’s third top-10 in four events has seen him pick-up 29 places on the World Rankings to be the new World No. 176.

Rory McIlroy remains the highest-ranked at No. 5 with Shane Lowry dropping three places to No. 86 and this week’s British Masters defending champ, Paul Dunne slipping a further three places to No. 98, while Graeme McDowell, who like Lowry and Dunne, missed the Dunhill Links cut, has slipped five spots to World No. 213.