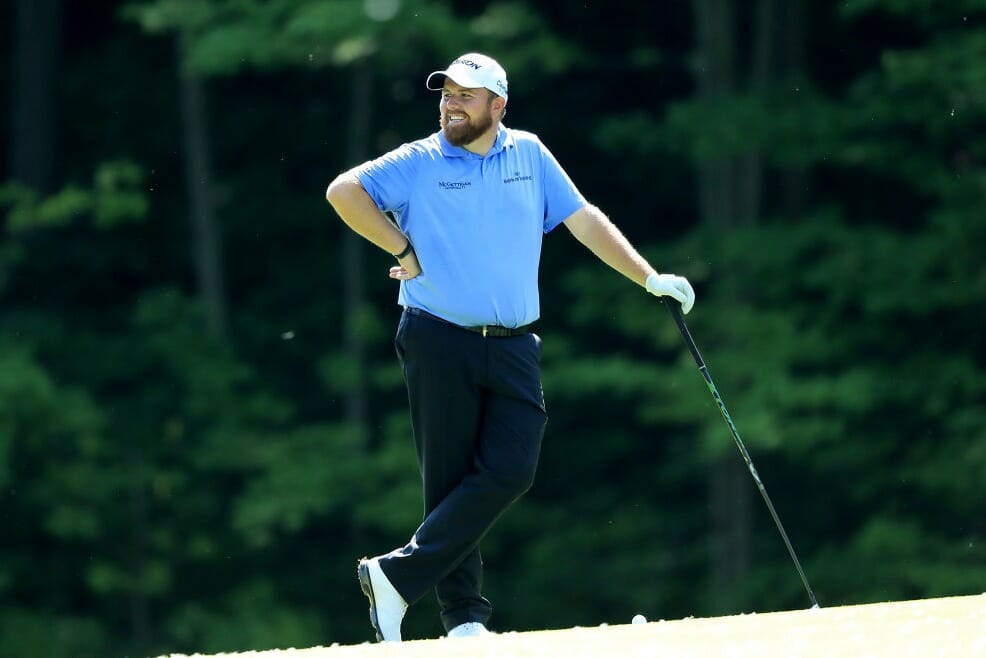 Ireland’s representatives at the World Cup of Golf, from November 21-25, Shane Lowry & Paul Dunne, are a long way off the lead at the Portugal Masters heading to the final day and need to find some early birdies.

Lowry, is best placed on 12 under par in T10 position following a three under par round on Saturday which included birdies on 17 and 18 to put a gloss on a rollercoaster scorecard. Meanwhile Paul Dunne returned a level par third round to leave him in T45 position on 6 under with both players trailing leader Lucas Herbert by a good distance as he takes a 2 shot cushion into the final round on 19 under par following his best-ever 54-hole score on the European Tour.

The Australian signed for a round of 64 to get to the 19 under par tally at Dom Pedro Victoria Golf Course, ahead of England’s Tom Lewis, whose round of 61 was his lowest ever on the European Tour and came just one day after his countryman Oliver Fisher entered the history books with his round of 59.

“I think this week is as close to the A game as we get,” said Herbert.  “Some good confidence going into tomorrow that hopefully that form sticks around. I’m in the position I want to be in, so there’s not much more we can do. I’ll probably go and work on a couple of things with the iron play. At the moment it doesn’t quite feel right. The good thing was I was able to manage it. If I hit bad shots I tended to miss them in the right spots, which was quite pleasing. It made it pretty easy to keep the bogeys off the card.”

“I just need to get out of my own way tomorrow to be honest. I’ve played really good up until this point. I don’t really need to do anything different or special. Just stick to the processes, keep picking the right shots and doing a good job with all of that. That’s all I can control.”

Herbert has been relying on invites this season, but the 22 year old has a great chance to earn his card for 2019, coming into this week in 103rd place in the Race to Dubai Rankings presented by Rolex after four top tens. He’s now in a good position to become the first wire-to-wire winner on Tour since England’s Matt Wallace at last season’s Open de Portugal at Morgado Golf Resort.

Lewis, the 2011 Portugal Masters champion, was one shot over par at the end of the first round but has made 18 birdies with no dropped shots since then. He is enjoying a period of good form after claiming the Bridgestone Challenge title on the Challenge Tour two weeks ago.

Swede Marcus Kinhult and England’s Eddie Pepperell are two shots behind Lewis and four off the lead at 15 under par, a shot clear of Finn Mikko Korhonen, Renato Paratore of Italy and Fisher – who followed up the first ever round of 59 on the European Tour on Friday with a 69.

Spain’s Pep Angles and Li Haotong of China are at 13 under par, with a group of five players.

After 81 players made the cut, a second cut at the end of round three has reduced the field to 72 players for Sunday’s final round.