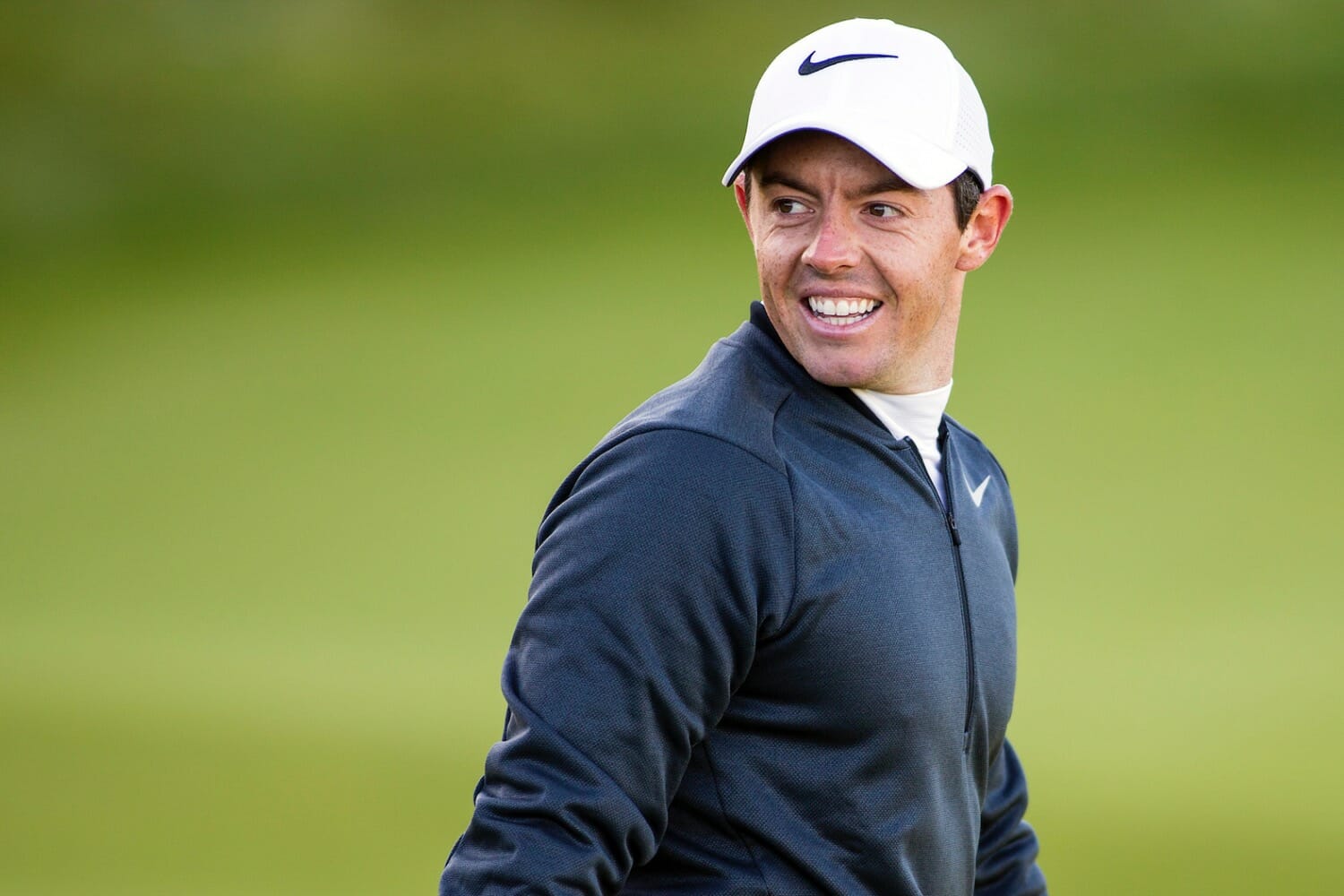 Rory McIlroy had raced to an early two-shot lead and it looked like a second straight very low opening score was on the cards, only to end his round trialing two shots off the lead after a 67 in heatwave conditions on day one of the Tour Championship in Atlanta.

Ryder Cup rivals Tiger Woods, who holed a 30-foot eagle putt at the last, and Rickie Fowler share the lead with five-under par 65s and it is the second straight event in succession that Woods has shared the first-round lead after he and McIlroy were tied at the top with 62s on day one of the BMW Championship in Philadelphia.

“To finish with an eagle was nice as I hammered that drive up the left side, and it was nice to see it not in the rough before hitting 5-wood to the green,” said Woods.

“I played really well today and though it wasn’t exactly the start I was looking for in taking the bogey at one, I made two good putts there at five and six and got to under par, and then from there I hit it pretty good, made a few putts.” said Woods.

The shots I missed on the greens, all had beautiful angles.  All in all, I had a lot of control today”.

It took McIlroy just two holes, thanks to 17-footer for birdie at the second, to move into a share of the lead and then a three-footer at the next to be leading the season-ending event. McIlroy then moved two strokes clear of his 29 rivals when found the bottom of the cup with a seven-foot birdie at the fourth. It had been an exact mirror to the opening round two weeks earlier at the BMW Championship but that’s where any similarities ended.

McIlroy did go to four-under in holing a 10-footer on six but he dropped a shot at the short par-4 eighth where he fluffed his 71-yard third shot and three-putted from 37-feet including missing a three-footer for par.

He headed to the 10th still leading at three-under and acknowledged a 10-year old youngster who greeted McIlroy saying:  “Rory, You’re my favourite golfer”.

McIlroy let loose a booming 354-yard drive down the 10th, easily out-driving defending Tour Championship winner and playing partner, Xander Schauffele by some 25-yards. After knocking in the two-footer for a fifth birdie of the day, McIlroy delighted a visiting 16-year old from Brazil presenting her with his golf ball as he strode to the 11th tee. McIlroy’s new ball did him no favours at the downhill par-3 though, lipping-out from 15-feet, for a third time in his round. 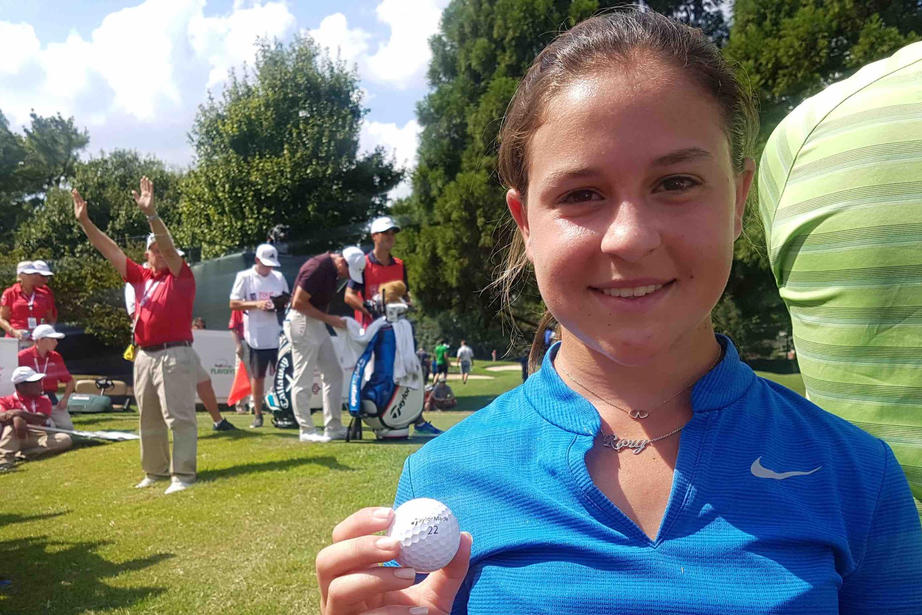 A beaming Fernanda, the 16 year old girl from Brazil who was lucky enough to get the golf ball from McIlroy / Image from @TourMiss

East Lake then jumped-up to bite McIlroy hard at the uphill par-4 12th when, staring down an errant drive that found a fairway bunker McIlroy then found a greenside bunker with his second and once on the green, he three-putted from near 40-feet.

The ‘double’ sent McIlroy back to a share of third but he got a shot back with a birdie on 14 prior to finishing bogey and birdie to be then fourth at three under.

“I felt like a 67 was the worst I could have shot,” said McIlroy. “After the start, I felt I could have shot something definitely in the mid 60s.  But if I keep swinging like I did today, and keep giving myself chances, and I’d say three more 67s, I’ll be right in the mix on Sunday.”

McIlroy spoke on the eve of the event about the ‘process’ and the importance to him of continuing to improve, continuing to learn from each round he plays and taking those positives with him on his golf career ‘journey’.

Though it led to one journalist to asking McIlroy if this week and next week’s Ryder Cup could change the complexion of his season.

“Not really. I mean, I go to the Ryder Cup next week and win five matches and we lose the event, like I’ll be devastated,” he said.

“I’m playing well. I said to Bernie (www.irishgolfer.ie) the other day, it’s not always about the results, it’s about the journey, and it’s about trying to keep improving and get better. If you look at my results this year compared to last year, it’s a step in the right direction.”

A check of McIlroy’s stats shows he hit seven of the 14 fairways and had 29 putts.