McIlroy – It’s all about the journey rather than the winning 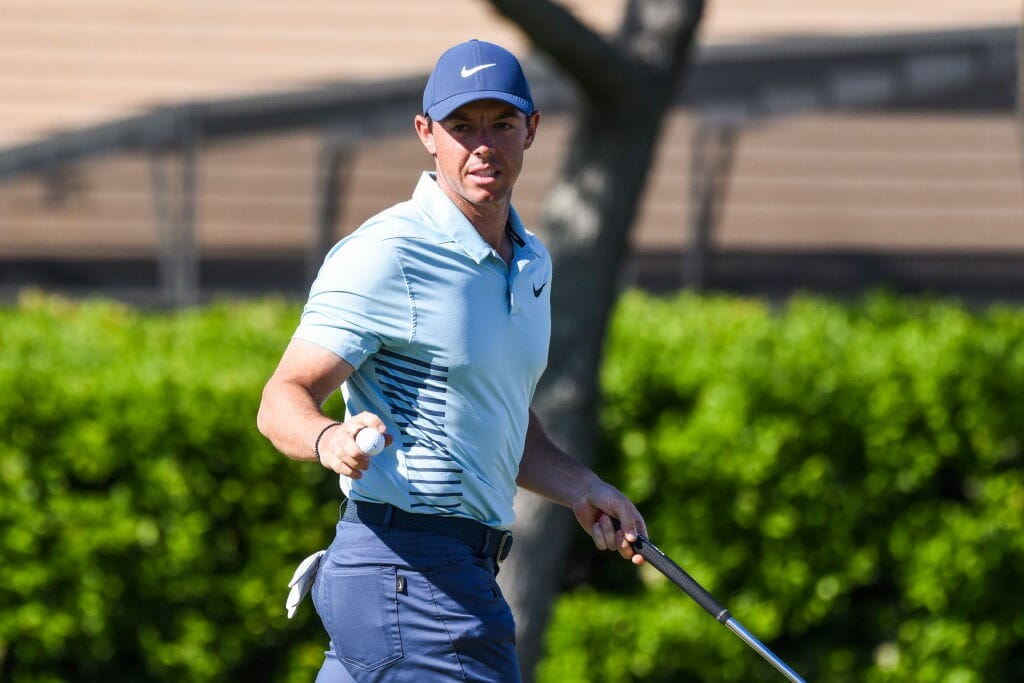 Rory McIlroy has done his maths and whether or not he captures a second FedEx Cup crown in three years he declares it’s more about the ‘journey’ than any emphasis of capturing a second victory this season.

McIlroy is going to need more than his best in coming from his current 17th place ranking to win for a second time this season. Two years ago, he was three shots behind with three holes to play before eagling the 16th and forcing a play-off with American Ryan Moore, eventually winning with a birdie at the fourth extra hole.

McIlroy won the Tour Championship, that is run concurrently with the FedEx Cup decider, and also denied Dustin Johnson the FedEx Cup crown in the process, banking the Ulsterman $11.5m.

Then last year, McIlroy failed to qualify for the final event, ending 2017 in 58th on the standings and so it is no surprise he’s pleased to be back.

“It’s great being back at East Lake after missing the event last year, and not having the chance to defend, so it’s nice to be back and I am happy to be here,” he said.

“I have great memories from winning in 2016 and I’ve also had a second place finish here. I just seem to play well on this golf course, so I will be looking to draw on those memories and the course is again in pristine condition.”

McIlroy, along with 29 colleagues this week, is teeing-up following the BMW Championship in Philadelphia where he saw his chance of a second win this season slip through his fingers in ending fifth.

“I played really well at the BMW but it’s not all about results as it’s about the process and about improving, and it’s about getting better and about learning,” he said.

“The results are a by-product of all that and it was such a positive week in my view. I took positives from the event and I just move on and learn from some of the things in my game that were not as good as I would have wanted them to be and i also learn from the things that were good.”

It’s all a part of the journey and as long you can just keep trying to improve, that is the goal.”

“So, if I win the Tour Championship and don’t win the FedEx Cup I will be very good with that and then if I play well this week and end up not winning at all, I will still leave East Lake a very happy guy.”

“I didn’t win in 2014 but I had one of the best years I’ve ever had, while you look at Jason Day and he had a great year in 2015 and also didn’t win. Then DJ (Dustin Johnson) had a great year in 2016 winning his first Major but I won the FedEx Cup, so it is what it is and it is the nature of the beast and you accept it for what it is and that’s it.”

“I played way better this year than last year, so that for me is success and again, it is not all about results. With the world we live in now there is such a bias on recency.  Like, what did you do last week etcetera and that to me is not a good way to lead your life. You have to put things into perspective and see the bigger picture some times and that is what I am trying to do.”

McIlroy is among six European Ryder Cup players teeing-up in Atlanta and the six were heading out for a team dinner on the eve of the event and he spoke of his embarrassment after ,as pointed out by front-seat passenger Henrik Stenson in their Ryder Cup wind-up of Captain Thomas Bjorn, he drove straight through a four-way ‘Stop’ sign intersection.

“I didn’t even realise that till I looked back at the video but I have to put my hands up as it was all my doing, and I am expecting to play more than just the Sunday Singles,” said McIlroy smiling.

To win a second FedEx Cup title in three years here is the scenario facing the 17th ranked Rory McIlroy.

Has to win the Tour Championship and for the following to unfold:-

Bryson DeChambeau (Currently 1st on the standings) – Finish T11th or worse in the tournament.