Hoey gunning for order of merit boost in Kazakhstan 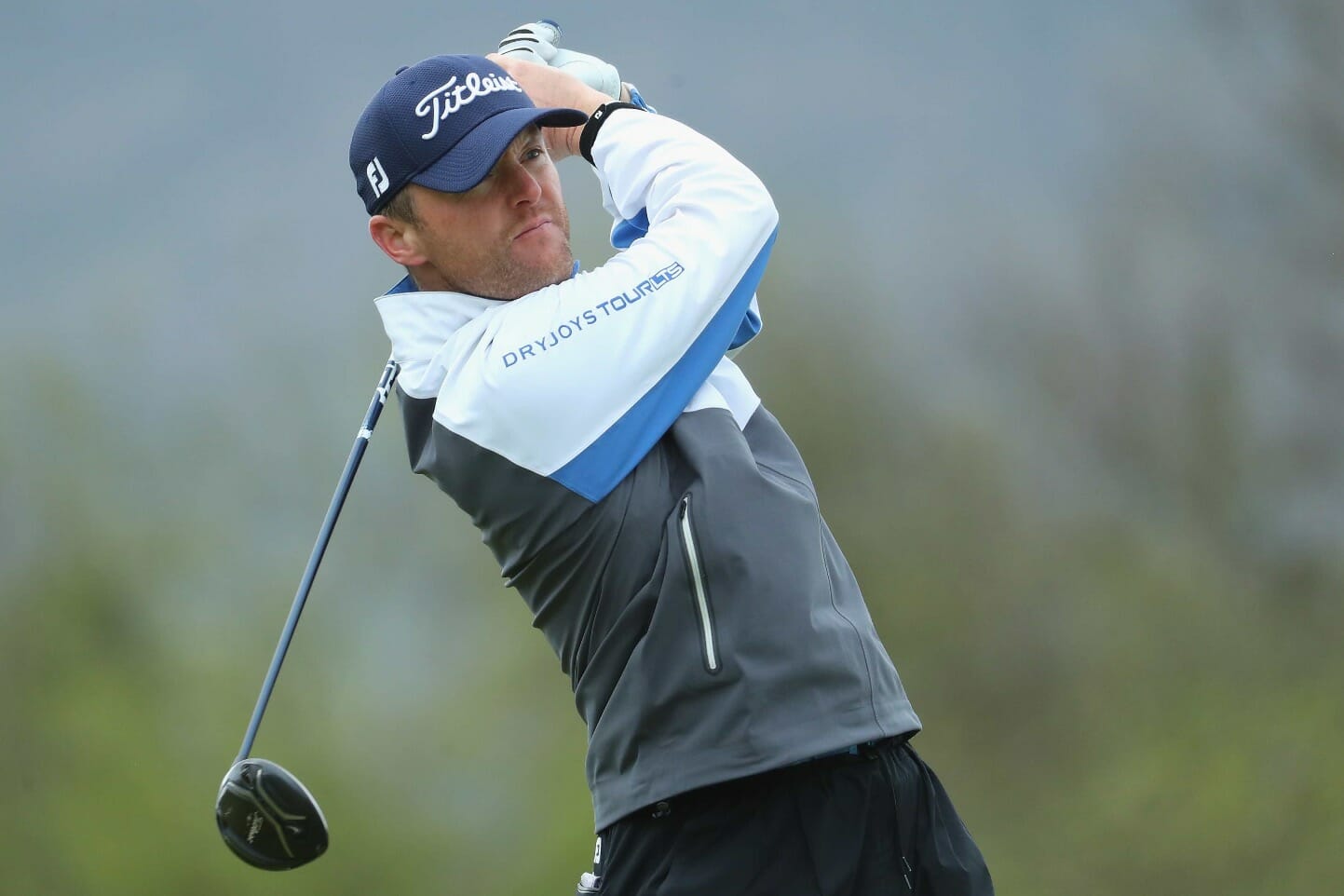 Michael Hoey carded a second successive five-under-par 67 to give his Main Tour qualification hopes a boost at the Kazakhstan Open presented by ERG.

The Northern Irishman, who currently lies in 27th spot on the Road to Ras Al Khaimah standings as he looks to break into the top-15 who will earn their European Tour privileges next season, carded an impressive seven birdies in another stellar showing.

The haul sees him move inside the top-10 to a share of 9th spot on 10-under-par, just three shots off the lead at the halfway point.

Clandeboye’s Jonathan Caldwell is next best of the Irish after firing a four-under-par 68 in round two to move into a share of 28th spot on minus-six.

Ardglass’ Cormac Sharvin is one stroke further back after returning a frustrating one-under 71 today, the same score as Dubliner Gavin Moynihan who finds himself alongside his compatriot at minus-five.

A sharp three-under-par cut-line meant the end of the road for Rosapenna’s Ruaidhri McGee (+1) and Waterford’s Gary Hurley (+3).

At the top, Max Orrin and Ben Stow carded impressive rounds on Day Two and will share a two-shot lead over the field going into the weekend.

Orrin took the clubhouse lead on 13-under-par after he signed for a 65, but was quickly matched at the top by Stow, who shot a tidy eight under par 64.

The two Englishmen are no strangers to the top of the leaderboard and share three European Challenge Tour victories between them.

Orrin says he is quite pleased with his start to the tournament, especially after injuring his right ankle while playing the first round.

“I rolled over my ankle walking to a tee yesterday, so I had it strapped up today,” he said. “It’s my right ankle, so it’s not as bad as the left, but this morning was cold, and it was quite difficult to get through the ball on the range. I told myself to play through it and be committed to shots and get through each swing.”

The commitment paid off, and Orrin was able to keep his round alive with a key par save in the late stages.

“I birdied the third hole, my 12th, and then I holed a 15-footer on the next for par, which really gave me momentum going into the last few,” he said. “The fifth hole is quite tricky, and you can get on a run of bogeys from there. To par that and make some birdies coming in was huge and things really shifted my way with that par putt on the third.”

Stow enjoyed an injection of life into his round as well when he carded a rare eagle on the par four eighth hole.

“It was 305 yards to the front edge today, and it was downwind, so I had to take a bit off of a driver,” Stow said. “I knocked it to about 20 feet and holed the putt, so that was a nice bonus.”

Already a winner on the Challenge Tour this year, the 26 year old is excited about the weekend ahead at the €450,000 prize fund event, where a win would virtually guarantee him a European Tour card for 2019.

“I’m playing really nicely, and I think this golf course suits me,” he said. “It’s a nice event to be up there in contention, and it’s one of the nicest courses we play all year, so I’m looking forward to the weekend.”

Orrin and Stow will be battling more than each other over the next two rounds. Six winners from this season on the Challenge Tour sit within four shots of the leading duo, and with so many Road to Ras Al Khaimah Ranking points up for grabs, the competition is sure to be fierce coming down the home stretch.

The low-round of the tournament was recorded today by England’s Nathan Kimsey, who equalled the Zhailjau Golf Resort course record with his nine-under-par 63.

68 players survived the 36-hole cut of three under par and will play one of the most intense weekends on the Challenge Tour as they jockey for position on the Road to Ras Al Khaimah at this late stage in the season.