Top betting tips for this week at the BMW Championship 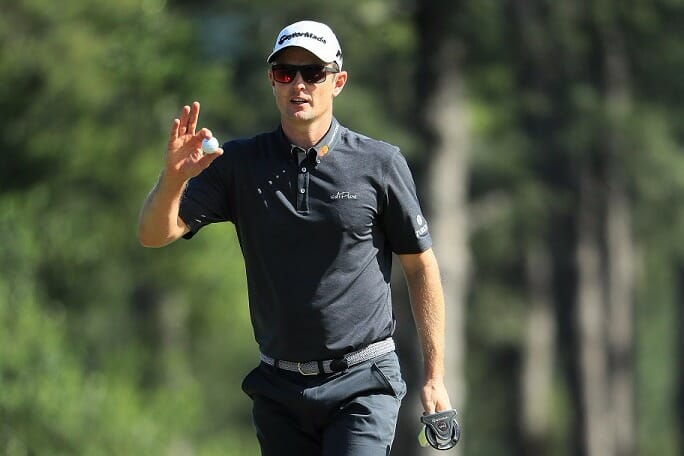 Need someone to repair your damaged bank account that’s been ravaged by summer spending? We have just the man with this week’s BMW Championship tips.

Justin Rose 14/1
Traditionally saves some of his best form for the end of season and with his putter hot, 2011 BMW Champ Rosey has to be top of your betslip this week. He’s been in the top-8 putting in three of his last four starts and given that includes a T2 at The Open, T19 at the PGA Championship and solo 2nd last time out, that’s not half bad. There’s also the matter of the rotating venue for the BMW Championship; this year it’s at Aronimink GC which hosted The National event on the regular PGA Tour in 2010 and 2011. The winner there in 2010? Justin Rose.

Adam Scott 33/1
Nine appearances at the BMW Championship and four top-10’s is Scotty’s impressive return given the rotating venue. There’s no two ways about it, he putted horribly at the Dell, almost dead last in the stats, but still managed a 66 in his final round and an under par cumulative split on the par-3’s which you’ll know means his irons are dialled in. T5 at the Northern Trust and solo 3rd at Bellerive before that keeps him in my five and Adam also knows Aronimink well having scored a T3 at The National here in 2011. Keep the faith.

Hideki Matsuyama 25/1
Everything is trending towards Hideki posting a high finish this week. Since a T11 at the Wyndham he’s found his iron game again and gone on to a T15 at the Northern Trust and T4 last week in Massachusetts. The Japanese has posted a cumulative under par split for the par-3’s in each of his last three starts, a stat which counts extra given Aronimink is a relatively short 7,237 yard par 70.  T4 in putting last week, if he can marry both long and short game this week he should pay out.

Cameron Smith 45/1
The form dog right now with a solo 3rd at The Dell to go with his T3 at The Northern Trust the week before. That’s nine consecutive rounds in the 60’s for the Aussie whose quality course management has shipped only 11 bogeys total in his two events. Given that -10 and -13 have won the last two events staged at Aronimink should also play into Cam’s hands.

Marc Leishman 55/1
The defending champion from Conway Farms might not seem that hot after a T21 at The Dell but when you consider Marc was T4 in driving accuracy and T5 in greens in regulation it was more a case of ‘just couldn’t get the ball in the hole’. His T34 at the Northern Trust was very similar with a T10 clip in greens hit and a cumulative par-3 clip of -4.  In layman’s terms, don’t count out Marc Leishman – a better week with the putter and he’ll be right in the mix.

Long Odds Glory Shots
Bubba Watson catches the eye at 66/1 after a T7 last week. The bookies still have him long odds with a dearth of par-5’s on the par-70 course this week and given he made all his ground (-11) on the par-5’s last time out.

Emiliano Grilloat 90/1 showed good form last week and the Argentine is not afraid of a smash and grab with the big guys.