GMac determined to give Captain Bjorn a headache 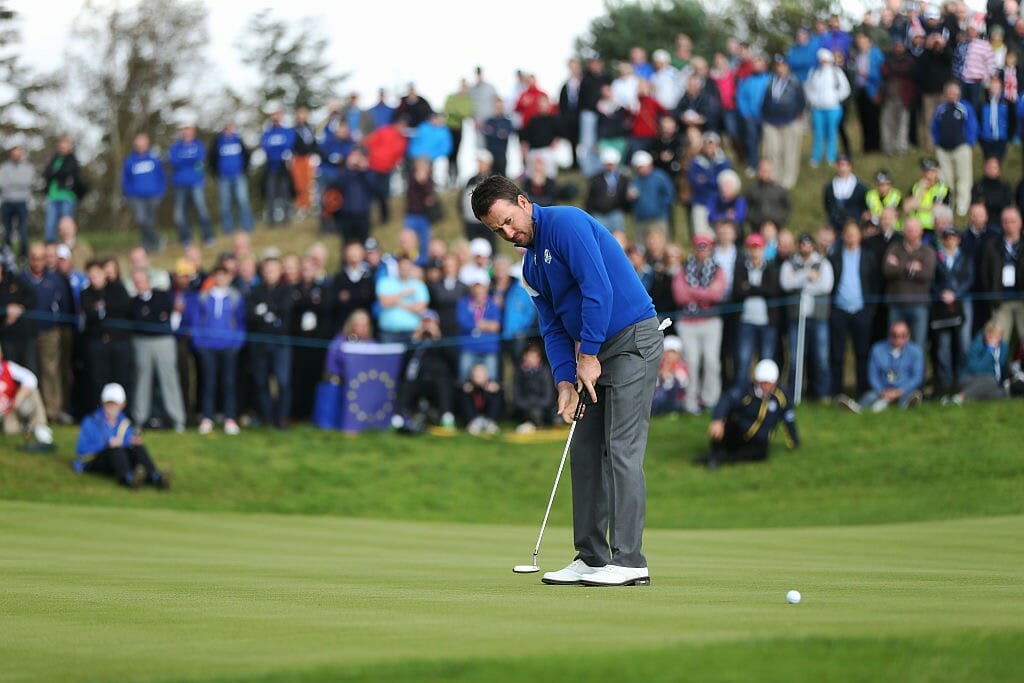 McDowell, 38 is the youngest (by two years) of the four additional vice-captains named by Bjorn ahead of this week’s BMW PGA Championship.

After selecting Swede Robert Karlsson near on a year ago, Bjorn has added the Irish duo of Padraig Harrington and McDowell along with the England and former World No. 1 duo of Lee Westwood and Luke Donald.

The appointment of Harrington and Westwood virtually clears the way for Westwood to take over from Bjorn in 2020 at Whistling Straits and Harrington to captain Europe, as he has been ‘going public’ about in recent weeks, in 2022 in Rome.

McDowell made his Ryder Cup debut in 2008 under Nick ‘It’s all about me’ Faldo’s side but then played in three straight victorious teams, including holing the winning putt in 2010 at Celtic Manor.

However, his current No. 239 World Ranking, down a further 10 spots on last week, is a continuing reflection of his indifferent form in recent seasons. But then McDowell insisted he will use his appointment as a vice-captain as motivation and try to head to Versailles as a player rather than a member of Bjorn’s back-room team.

“I feel like two years ago I was very disappointed to not be on Darren’s (Clarke) team, and the way it transpired I guess my expectation levels were that I could have played well enough to get on to the team, you know, leaving it to the last minute meant that I wasn’t really in a position to be one of the vice captains, and sitting at home was a very disappointing place to be,” he said.

“This time around, being able to put my name on the backroom staff right now, helping Thomas, helping the team, being involved, I’m finding it very inspiring. To be conversing about how the week is going to play out; how we can make the 12 players as good as they possibly can be, and in a funny way, taking the expectation level off my shoulders from a playing point of view.”

“I’m bizarrely probably playing better than I was two years ago at this point, and really looking forward to a summer of golf where I don’t feel like France is going to be weighing on my shoulders the way it would be if I wasn’t part of the backroom staff right now.”

“It’s really all about giving Thomas the support that he needs and really helping this team build and turn into hopefully a winning team, and you know, in the meantime obviously focusing on my own golf as well, and hoping to be on that team as a player.”

“Thomas has spoken of that scenario being a positive problem if it comes along. Any of these guys on the stage could mount a great summer, which they are more than capable of and I certainly think that I’m capable of that, as well.”

‘G Mac’ revealed he’s known for some two months of his appointment in the team looking to return the Ryder Cup to Europe after being humbled two years ago in Hazeltine.

“It’s the first time being involved in the backroom staff of a Ryder Cup, and I have a huge amount of respect for Thomas and all he’s accomplished in his career, and I’m really excited about the opportunity to help Team Europe stop the U.S. momentum.”

“I bring a lot of experience to Paris National, with the four Ryder Cups I’ve played and they have been the greatest moments of my career. I am just excited to take a slightly different view of things, and obviously help the 12 players be as ready as they possibly can to regain this trophy that we all care so much about.”

McDowell, of all of Bjorn’s back-room team, has by far the greatest knowledge of the host Le National course having won the back-to-back 2013 and 2014 French Open titles on the French course.