Georgia on my mind – JB Carr and the Masters 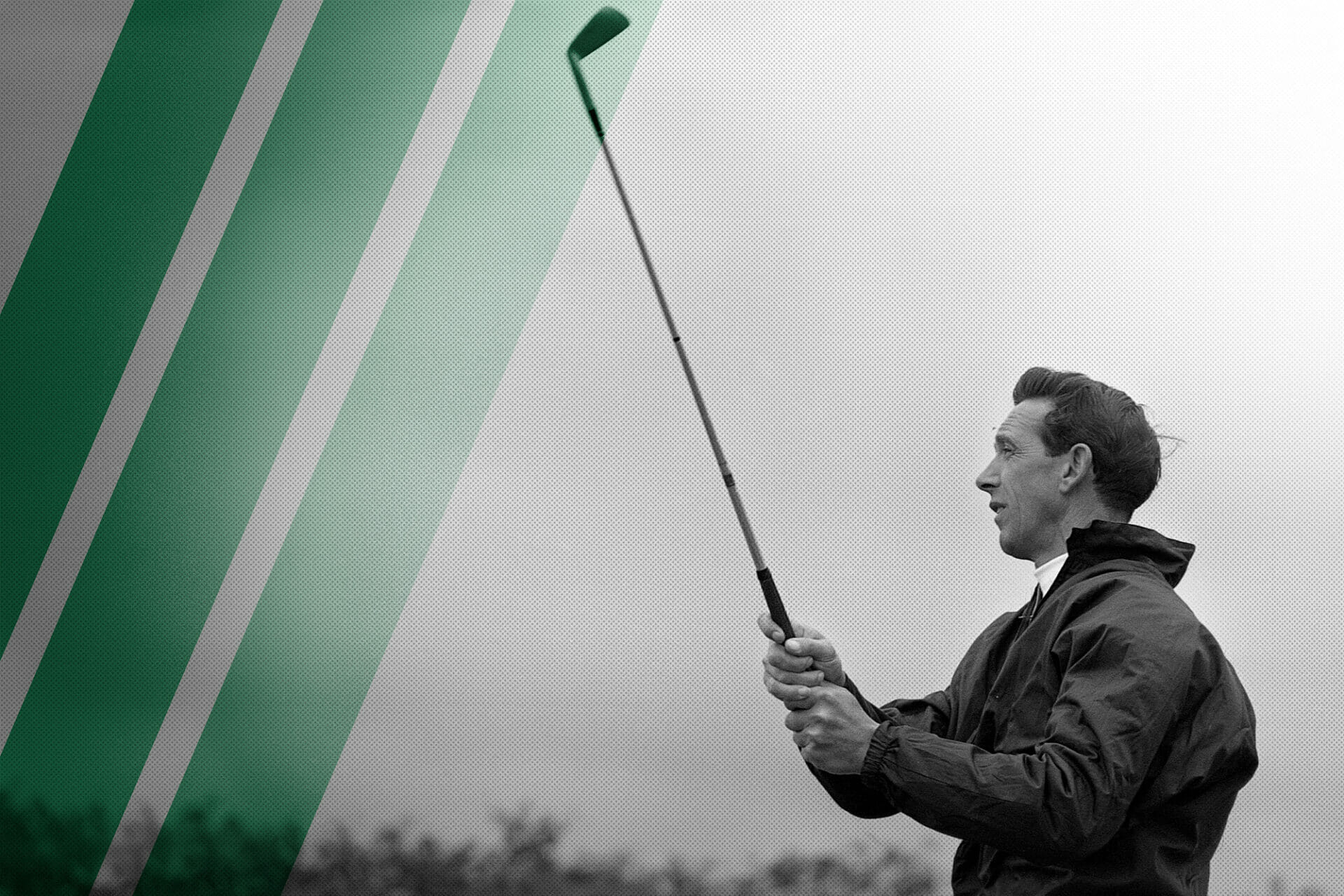 I have been lucky enough to attend the Masters and play Augusta on a dozen or more occasions over the last 40 odd years since I first attended with my father in 1969.

I was mostly there when working for IMG managing players or on commentating duty for RTE with my great friend Tim O’Connor. The latter was my favourite as you got to watch this incredible event from the moment the bell rang to the inevitable and now famous back nine on Sunday when the real climax unfolds and you find out who has the ‘cojones’ to win (as they say in Spain).

Later when managing Seve I gained an insight of the event through his lens. He always stayed in the same Days Inn motel room that he stayed in from his first Masters appearance. He was comfortable there, incognito as was possible for him as ‘Seve’. He would have breakfast in the communal breakfast room with the normal run of the mill fans that couldn’t believe that Seve was among them. I remember him telling me that week that when he came to his first Masters in 1980 at 23, there were 84 players in the field. For the matador Seve his mission was clear for the week, win or die, like the matador against the bull. His job was to put 83 players to the sword, mostly Americans which always focused his attention more. A birdie would slay 10 or so and an eagle maybe twenty. That’s how he saw it in his mind. By the time he reached the back nine on Sunday, he had a ten shot lead. They were all dead, laid waste on the greens behind him in a sea of blood. Now that was a problem. Nobody else to kill!! He dropped a couple of shots around Amen Corner and opened the door to the field. But then he had some adversaries to kill again and proceeded to finish the job in style. Who else in golf ever approached a Major in that way??

I have probably played and attended over 1,000 golf tournaments in my life in addition to many other world class events. Nothing has ever come close to the sheer perfection of the way the Masters is run. You cannot find a cigarette butt, a piece of litter or a weed anywhere on the property. Nobody runs; they walk (you are not allowed run). Even the dreaded ‘get in the hole’ shouters are frowned at and removed from the course quietly by the ever-present Pinkerton men. There are no second chances at Augusta. You break the rules and you are out – for good. I am convinced you could leave your Rolex watch on your green Augusta picnic seat, where you and your friends and family have camped every year for decades and it would not be touched. The hallowed ground ‘under the tree’ beside the front lawn of the clubhouse is protected by a simple white rope separating the Members, in their coveted green jackets, and clubhouse patrons from the season ticket holder patrons. Nobody ever touches that rope let alone crosses it. Everybody attending the Masters is a Patron. Every player is an Invitee. They are invited to play, and can therefore be uninvited, as Bobby Jones wanted it to be.

In 1962, my father was first touched by Bobby Jones when he received the Bobby Jones award for promoting goodwill, sportsmanship and international fellowship through golf. He was so proud of that award.

The most treasured letter my father ever received was a personal letter from Bobby Jones in response to his accepting an invitation to play in his first Masters in 1967. He played again in 1968 and 1969. 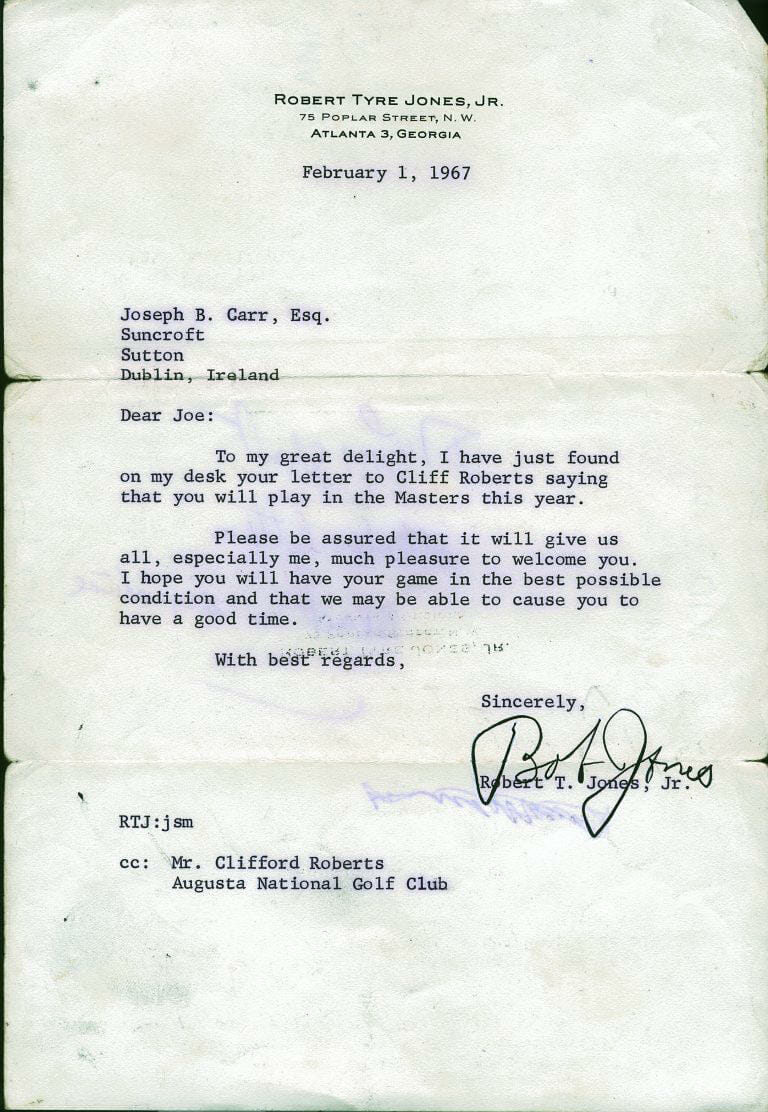 There is warmth and respect in this letter from one Amateur to another just in the way it was written. To this day the Masters holds that tradition true to its Founder by recognising and inviting the Amateur Champions from around the worked in honour of the greatest Amateur player that ever lived.

I was at the Masters two years ago and finally treated myself to a day of allowing myself to indulge in a little nostalgia. I walked the course & grounds, visiting the famous ‘crows nest’, a simple dormitory style room over the pro shop that has always hosted Amateur champions over the years including my father. He was Augusta’s first ever-Irish Member.

I imagined my father 50 years ago, running his business all day, while rearing six children with my devoted mother Dor. He would have spent the long cold wet winter in Dublin getting up in the morning at 7 am in his tracksuit to hit 200 balls outside the house behind the second green in Sutton. He would then go for his run and head to work. He would come home at 6, have tea with us and then head out under the floodlights that had been erected on the second green and practice until 10 pm. He did this every morning & night from October through March, rain, hail or snow and then spent 8 hours practicing on both weekend days on the Portmarnock practice ground on the right of the entrance road to the Clubhouse.

He would have taken the long 24 hour journey across the Atlantic to New York and then down to Augusta to join the best players in the world on a golf course that had greens like the snooker table we had in our house at home. To put it in perspective, the tees at Augusta would have been faster than most of the greens in Ireland at that time.

By this time at 45 years of age my father had won 41 championships, led both the Open Championship & the Dunlop Masters against the top pros. He had befriended all the great players including Jack Nicklaus whom he had met playing in the Walker Cup and US Amateur years earlier. He played all his practice rounds with great players – because they liked him. He was fun and they took his money on the course. (he later taught them all how to play poker and got it back). He was fearless and played golf with a powerful Amateur abandon that they admired.

In JB’s first appearance in 1967 he was given the great honour of being paired with defending champion Jack Nicklaus. Pop (as we called him) shot 150 and qualified, Jack shot 151 and missed the cut. He was invited back in 1968, and was again honoured by being paired with former Champion, the late Arnold Palmer. He recounted that “Arnie’s Army” was prevalent at that time and they would shout  “Go Arnie, Go Arnie and you too Irish.” Again Pop shot 148 which made the cut and Arnie missed it. At the Champions Dinner that year Augusta Chairman Clifford Roberts stood up and said “We want to invite Carr back again next year but we can’t find anyone to play with him”. He played again in 1969 Sam Snead and neither of them qualified. 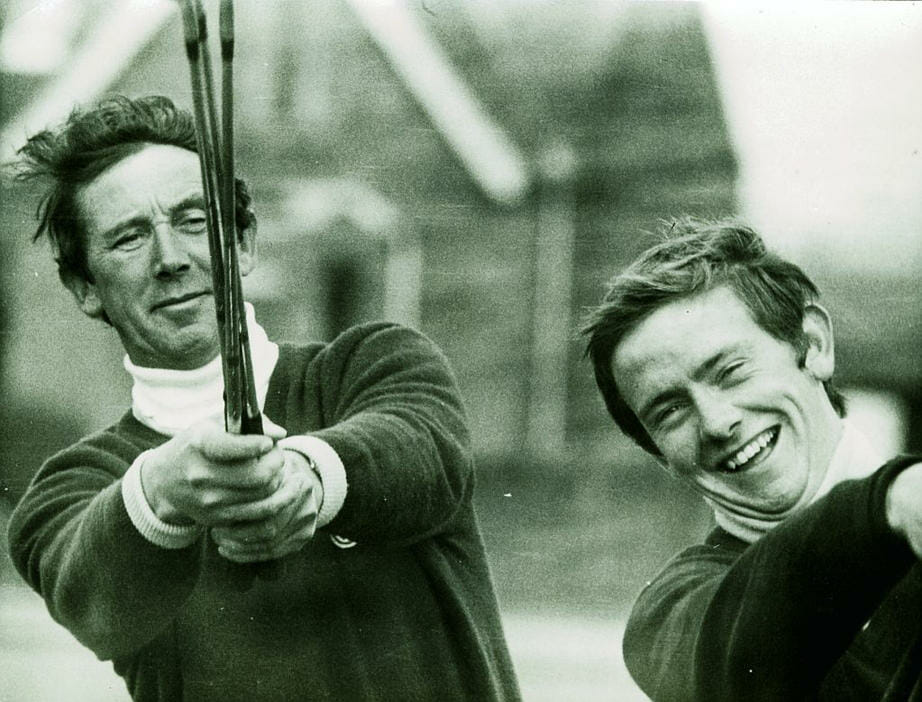 He was extremely popular with the crowd as the first Irishman to play the Masters. He always wore his white cap with his traditional green tassel on top that my mother had knitted over the winter.

I was nineteen that year and I was taken to Augusta with my father. I will never forget it. On that second day behind the 18th green, Bobby Jones was in his wheelchair with his loving wife Mary as always by his side. (It was just like I remember him at the end scene in that great movie on the life of Bobby Jones –‘Stroke of Genius’. After his final round ever at Augusta, my father went straight over to him after signing his card to be greeted with a smile and they had a chat. Again, the warmth between them was apparent. It is still a truly memorable vision for me. My father & mother went to the Butler Cabin every day that week to have tea with Bobby and Mary.

I played the course on the Monday following that Masters with the press for the first time and as a good plus one handicap player at the time I shot ninety! It was far beyond my capabilities.

On reflection on that nostalgic day I treated myself, it finally dawned on me what a truly great player and character my father was. He was able to compete as a part-time Amateur player, raising six kids, working nine to five, and coming from the depths of the Irish winter to play on this pristine immaculately manicured golf course on the other side of the Atlantic against the best players in the world.

He loved every minute of it – he loved competing as he loved life and he loved Augusta.