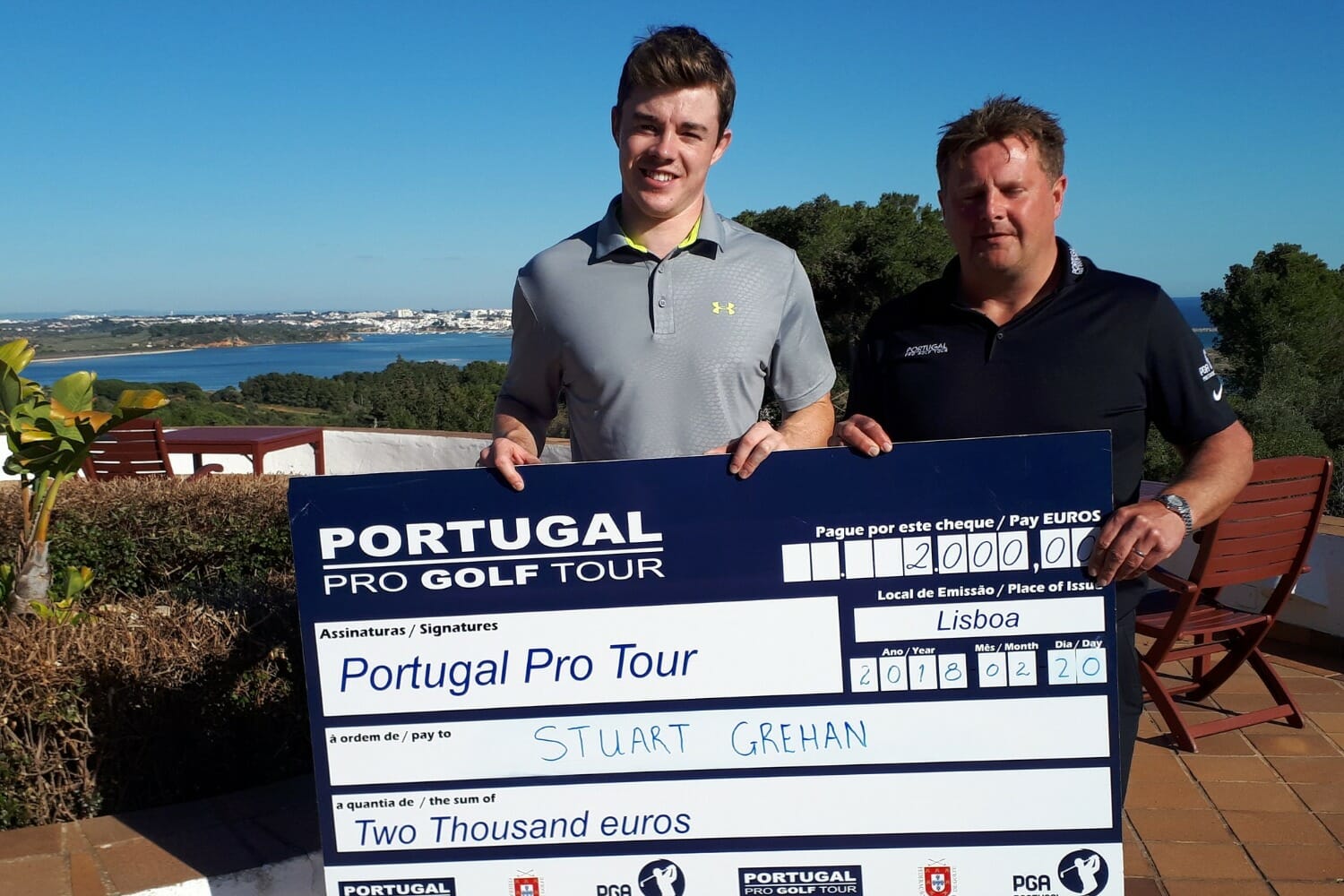 Stuart Grehan has claimed his first professional win on the Algarve Tour by taking victory at the Palmares Classic in Portugal.

Having opened with a six-under-par 66 in Lagos on day one, Grehan kept his foot to the floor in his four-under 68 today to notch his first professional win by a single stroke with a -10 total ahead of England’s Max Orrin.
The Tullamore pro played his last six holes in three under, crucially notching a birdie four at the long par-5 17th to get a jump on the field. With two putts to win it at the last, Grehan made no mistake from 25-feet and was understandably thrilled to achieve the milestone so soon into his fledgling career.

“It’s great to get it over the line and get a win,” expressed Grehan. “It sets me up nicely now because it should get me an exemption into one of the Challenge Tour events in Portugal which means I won’t have to use up an invitation.
“I’ve been playing quite well the last few months. Working on the right stuff with my coach and I felt quite calm all day today. I know where my game’s at now at this stage so even when I’m not playing quite as well as I can, which I probably didn’t today, I can manage it and get the job done.”

Not only that, he now knows he can do it under pressure.
“I knew I had a chance coming down the last few holes, tied for the lead. To be able to birdie the par-5 17th where the guys were struggling, it was playing long. And then to finish with a par on 18. I had to two putt from 25 feet so to lay that first one dead was a great feeling.”
“This is a huge confidence booster for me just knowing that I can compete out here and win against guys that have been out on tour and done all these things before. I am really looking forward to the rest of the season now, this is a great way to start, Onwards and upwards from here.”
Great playing Stuart, well deserved, from everyone here at IGM.