Lowry the lone Irish survivor after stunning 67 at AT&T 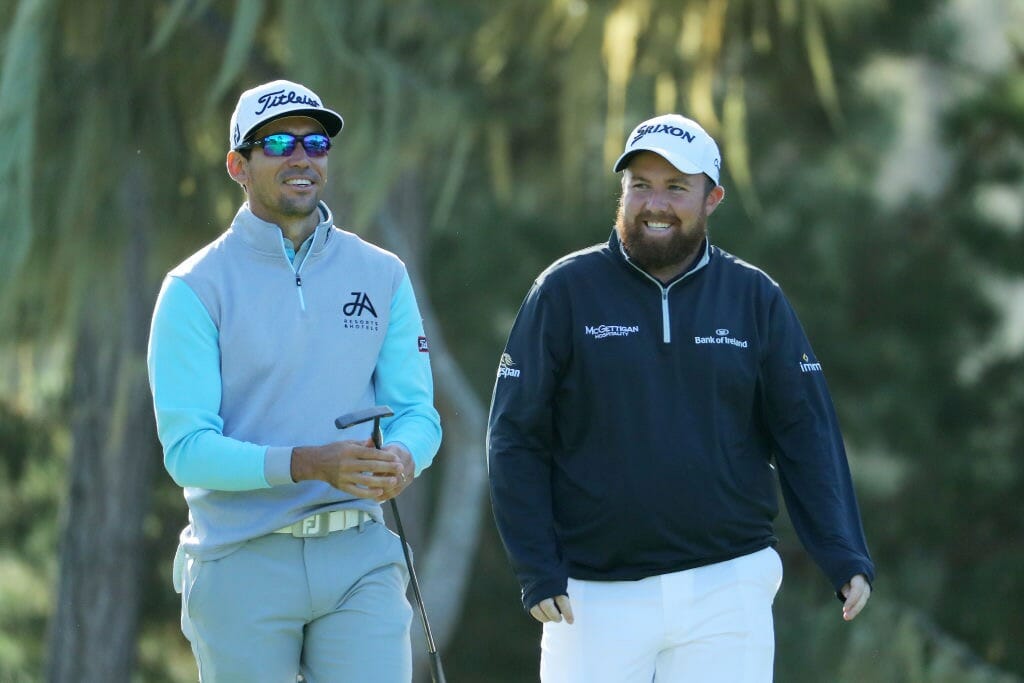 Shane Lowry proved to be the lone Irish survivor of the 54-hole cut at the AT&T Pebble Beach Pro-Am in California.

The Clara man fired a fine four under par round of 67 around the testing Spyglass Hill track to jump a massive 41 places up the leaderboard on moving day.

He now lies in a tie for 16th, seven shots off the leaders but in a great position heading into Sunday as he eyes more valuable world ranking points.

It could’ve been even better for Lowry too. Starting on the backward half, he was out in 32 after a blemish-nine that included four birdies, before he then got it to five under on the day with a birdie two at the 3rd, his 12th.

He found the bunker off the tee on the par-3 5th, however, and failed to get up and down before a costly penalty drop on 7 led to another dropped shot – Shane threatening to let a great round slip.

Yet there was no such fear. A fine birdie three to finish put the gloss back on a great day’s golf around what many regarded to be the toughest of the three courses played in the Pro-Am.

A win this week might be off the cards, however, as Ted Potter Junior put himself in position for a very big payday tonight thanks to his 9-under 62 at Monterey Peninsula, his lowest score in 242 career rounds on the PGA TOUR.

That moved him to 14 under and into a tie with two-time champ Dustin Johnson, whom he’ll be paired with in tonight’s final group at Pebble Beach. Potter, the 246th ranked player in the world, will be seeking his second PGA TOUR win; Johnson, world No. 1, is looking for his 18th.

Like Lowry, for most of his round, Potter was on pace for a much lower score. Starting on the back nine, he opened his round with four consecutive birdies, adding another birdie and an eagle at the par-5 16th to make the turn in 30.

He quickly added two more birdies after the turn. When he birdied the par-5 sixth, he was 11 under on his round, needing just one birdie in his final three holes to shoot 59 on the par-71 layout.

But 59, he said, was not realistic at that point. Ultimately, he closed with a par followed by two bogeys.

“Once I got to 11 under, I thought that I could get to 60,” Potter said. “The last three holes I knew were going to be par holes basically anyway. I didn’t feel like I hit bad shots coming in there on the last couple making bogeys there. I just knew it was going to be tough coming in.”

Other than his T-13 at The RSM Classic, Potter’s recent results did not foretell this week’s performance. He had missed five cuts in his last seven starts and comes off a T-73 at the Farmers Insurance Open when he opened with a 66 but closed with an 82.

He’ll be hoping for a much better finish tonight.