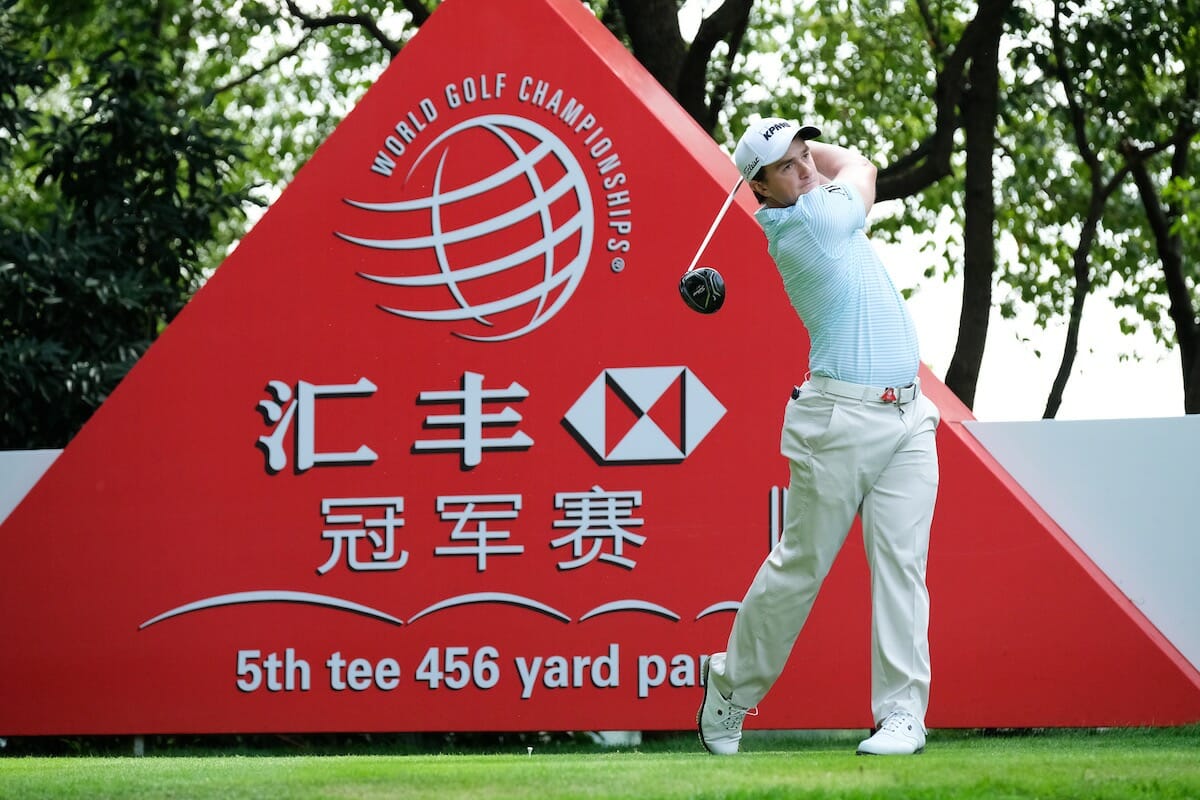 A bleary-eyed Paul Dunne shrugged off the effects of jet-lag to shine brightly on the opening day of the WGC – HSBC Champions event in Shanghai.

Dunne looked very impressive in elite company, grabbing six birdies and dropping just one shot in a five-under par 67 to be sharing sixth place on the Sheshan course.

Koepka, with Portrush caddy Ricky Elliott calling the shots, capped his round in an adventurous manner by eagling the par five 18th as the American was playing as his ninth hole. “It was an interesting hole to say the least,” said Koepka sporting a mud-spattered shirt.

“It was an awful 3-iron off the tee at 18 hitting it in the water and I was lucky enough to at least be able to hit it and advance it.”

“And then to hit 3-wood in there to 15 feet and make the putt, we were laughing. It was almost kind of like destiny to make that putt for how lucky we were that whole hole.”

“Overall, I thought we played really well. Putted very well. One little hiccup and three-putted from about four feet. I felt like I started really well. Drove it really well. Any time you’re making putts and you’re keeping it in the fairway, you’re going to shoot good scores.”

“I felt a bit funny going out as I’ve been struggling with a lack of sleep since I got here to Shanghai,” he said.

“I just felt tired but once I got into the round I started to feel a little bit better. I played pretty nicely, hit the ball well, putted nice. I left a few out there, it was a disappointing finish with three-putting 17 and then not birdieing the last but all-in-all I would have taken it at the start of the day.”

“I did everything okay so I am now looking for more the same and would be happy to take three more scores of five-under”.