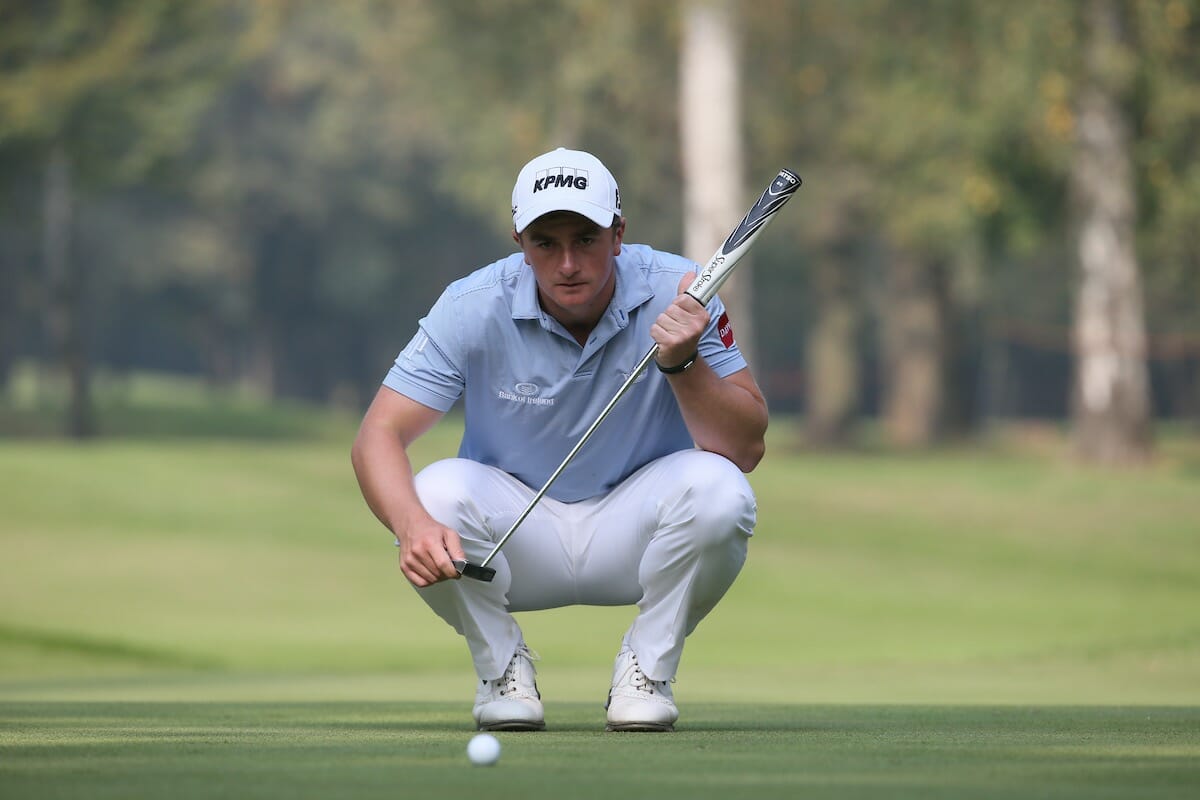 Paul Dunne is going to need a third round fastest lap to get himself into last day Italian Open contention at Monza.

Dunne found himself stuck in the pack on a superb scoring day in Italy, managing only a two-under 69 to be just inside the leading 30 on six under par.

Race-car fanatic Marcus Fraser was clearly excited competing next door to the Monza F1 circuit with the Aussie producing a career low of 62 to move into a share of the lead with England’s Matt Wallace (64) at 13-under par.

Fraser, who visited the famed F1 venue earlier in the week, hasn’t dropped a shot over the two days of the Euro 5.9m event.

“I haven’t seen a 62 all year to be honest,” said Fraser. “It’s nice when it felt like it was progressing but haven’t felt that comfortable for a long time with my game. There was a lot of fortune as I hit a tree off the tee on one hole that probably stopped it from going out-of-bounds.

Fraser has won three European Tour titles but has struggled this year to be 136th on the Race to Dubai and 259th in the world, but he is exempt to the end of 2018 having won last year’s Maybank Championship in Malaysia.

Wallace continues to benefit from having Irish-born, Dave McNeilly on the bag, the former long-time caddy to Padraig Harrington.

However, Harrington found himself black flagged from the event to miss the cut with scores of 73 and 69.

Defending champ Francesco Molinari continues to draw the biggest crowds and capped his round brilliantly chipping-in for birdie at the 13th in a round of 68 to be fifth and just three off the lead.

World No. 11 Sergio Garcia is right where he wants to be posting a 67 to move into a share of sixth place at nine-under and ready for the sprint to Sunday’s chequered flag.

And Garcia, despite contesting the Italian Open for a first occasion in his 22-year pro career, reckons he feels right at home in Italy.

“I have always liked Italy and I feel very much like at home,” he said.

“The weather is very similar to where I’m from, and the food is also – even though it’s not similar, it’s as good as Spanish food.”

Speaking of food, Dunne produced one of those ‘pizza’ rounds with nearly all the toppings on display.

He went into day two from the 10th tee but then bogeyed 13 only to bounce back in superb manner eagling the par five, 14th hole.

The Greystones golfer picked-up birdies at 16 and 17 but bogeys at 18 and then at the second checked his progress through the pack, with Dunne then rattling off six pars before ending with a third birdie of his round.

Joining Paul over the last two days is Graeme McDowell, winner of the event in 2004. McDowell is two shots back on four-under after a second round 69 of two birdies and 16 pars.

The Tour’s physio unit then tweeted a video of McDowell lifting weights straight after his round.

“Thanks for your help lads,” McDowell later tweeted.

But that caps the Irish involvement as joining Harrington with the weekend off is Shane Lowry, who had five birdies on his card but also an equal number of bogeys in his score of 71, missing the cut by two shots at two-under par.