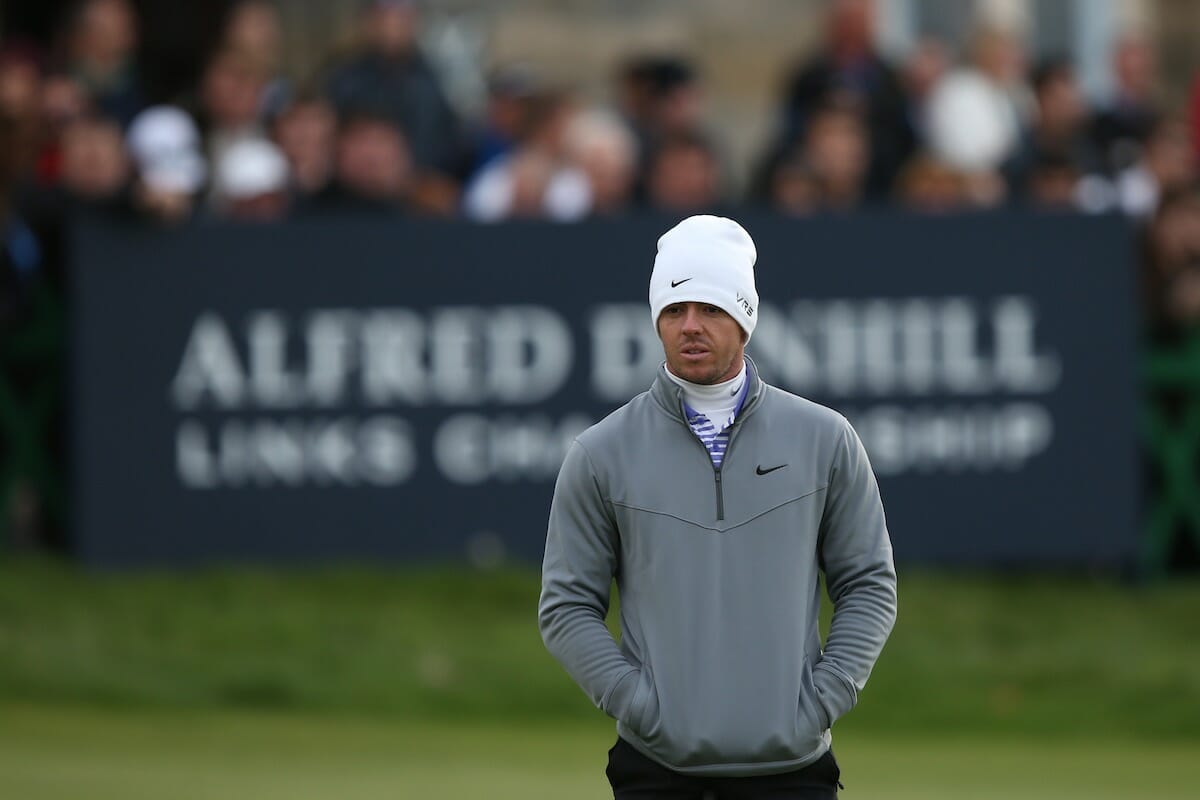 Four-time Major winner Rory McIlroy has returned to Scotland and to the tournament where, 10 years ago, he secured his European Tour card in only his second event as a pro.

McIlroy had stood at the back of the 18th green at the Old Course in St Andrew’s on October 7th, 2007 declaring, “If Paul Lawrie misses this putt, that’s my Tour card”  (I was standing beside him at the time).

McIlroy, then aged just 18, had signed off for a round of 68 on the final day of the 2007 Alfred Dunhill Links Championship and he was lying in third place at 15-under par with Lawrie, sharing fourth place at 14-under par but now staring at a five-foot putt on the 72nd hole.

If Lawrie holed the birdie putt he would tie McIlroy.  If the Scot missed McIlroy remarkably would earn enough in just his second pro event since joining the play-for-pay ranks a fortnight earlier.

McIlroy watched intently as Lawrie’s birdie putt failed to drop in putting out for a par and remain at second.

“Well, that’s my Tour card”, said McIlroy who was congratulated by Scotland’s Lloyd Saltman, his team-mate a few weeks earlier in the GB & I Walker Cup team, and who had missed the third round cut.

McIlroy’s €211,322 prize cheque added to the €15,128 he earned for his T42nd at the British Masters and was good enough to secure full European Tour membership for the 2008 season.

And then in finishing in a share of fourth a week later in the Portugal Masters, McIlroy merely rubber-stamped the expectations of so many.

“I’d received an invitation into the Alfred Dunhill Links so it was nice to repay the invitation in finishing third”, McIlroy recalled.

“It was an average start but the pair of 67s the next two days got me right up there and then to play the Old Course on the Sunday and walk up the final hole was something special.”

“And looking back on that last day, I felt very comfortable, very relaxed but then also very pleased with myself to secure my Tour card for ’08 in just that second event”.