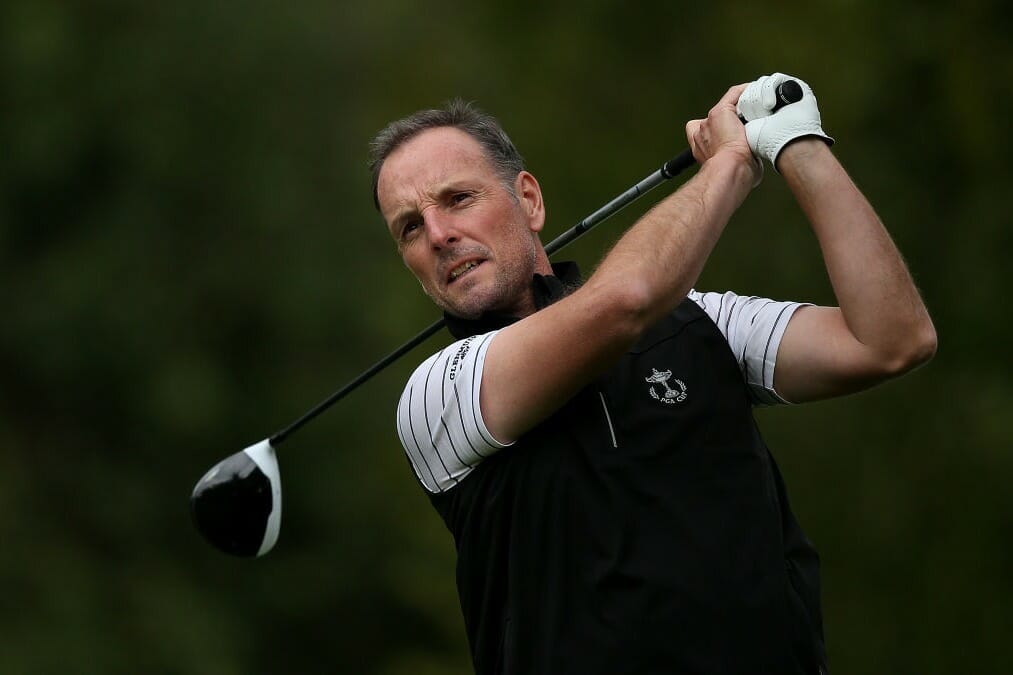 David Higgins admits the PGA Cup holds a special place in his heart after being named as Cameron Clark’s second vice-captain for the match against America in Texas next year.

The Waterville professional was one of the standout performers as Great Britain & Ireland comfortably beat the United States at Foxhills Club & Resort in September 2017.
The 45-year-old claimed three-and-half points on his PGA Cup debut as Albert MacKenzie’s side secured back-to-back victories over their American counterparts.

Higgins will join up with fellow former European Tour player Rob Coles as vice-captain to Clark as Great Britain and Ireland bid to make history by winning three consecutive matches in the competition at Barton Creek Resort in Austin, Texas, from September 27-29.
“Playing in the 2017 PGA Cup was a special week so to know I’m going to be involved again is fantastic and I’m really looking forward to it,” said Higgins, winner of the 2016 PGA Professional Championship.
“The whole experience at Foxhills was fantastic. I was delighted to make the team and I was excited about it but I didn’t realise what an honour it is to play for your country.

“It will be a different feeling being there as vice-captain but I think I’ll enjoy it just as much. If it’s anything like Foxhills it’s going to be one hell of a week. If Cam, Rob (Coles) and I can re-produce something like that again we’ll have done a fantastic job.”
Asked what qualities captain Clark had identified in himself, Higgins continued: “I feel I can help the team whether I’m playing or in a vice-captain role.
“Cameron is the boss and there will be times when it might feel lonely, when things aren’t going his way. It’s up to Rob and I to be there for him, to support him and to figure out ways to get things back on track because it’s a tough job.
“It’s up to Cameron, Rob and myself now to figure out how we’re going to win in America. Obviously we don’t know the team yet but we have to figure out a way of getting the lads comfortable so they can bring their best game that week.”
Commenting on Higgins’ appointment, Clark said: “David epitomised what the PGA Cup is all about with his performances and attitude at Foxhills.

“The passion he showed at the event and how competitive he was demonstrated how much David wanted the win and that was one of the main reasons I selected him as my vice-captain.
“David is a very calm and calculated individual. He thinks about things long and hard and he’ll then provide his rational view. That’s what I really like about him. We’ll have the vocal influence from Rob and that calming influence from Dave.
“From a playing perspective I can’t have two better guys out there looking at the course with me and going through that type of detail. It was a pretty simple decision for me to come up with these two names.”

Robert Maxfield, chief executive of The PGA, added: “I am delighted with Cameron’s selection to name David as one of his vice-captains.
“All ten team members played their part in Great Britain & Ireland’s victory at Foxhills back in 2017, but David’s passion and love for this event was there for all to see. He was a calming influence throughout the week both on and off the course.
“Whether it be as a vice-captain or a player, I am confident David will flourish once again in Texas next year and he will have another important role to play in 2019.”