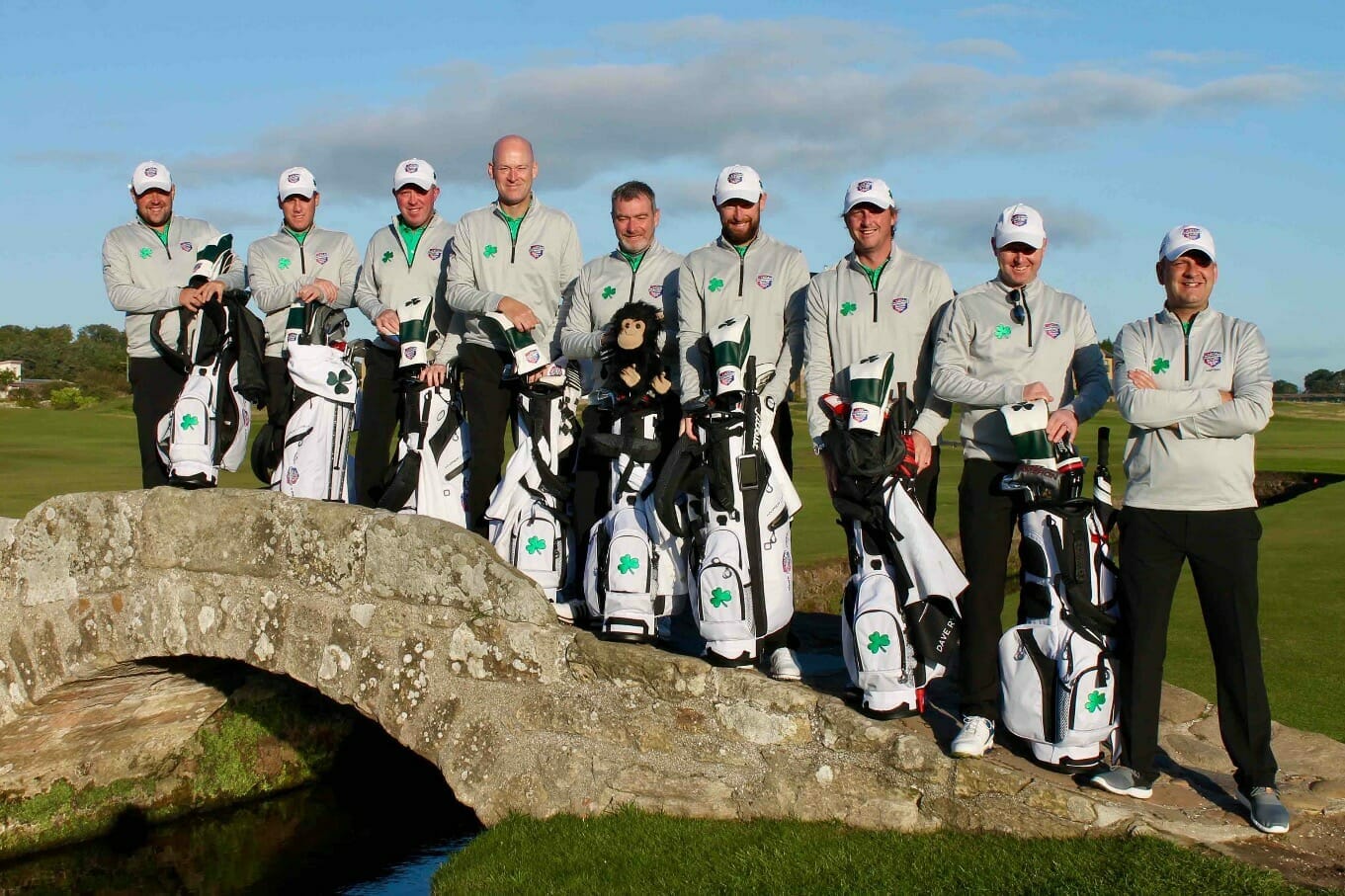 Ireland have become the first team to retain the Partnership Trophy, in association with Callaway and Callaway Apparel, following a stunning victory at a blustery Home of Golf.

While, thankfully, the sun shone and there was little rain, the wind proved a big factor in the two days of matches between the nations of TGI Golf at St Andrews, but it was the Irish who came out victorious, beating England & Wales by three-and-a-half points, leaving the host nation Scotland in third a further five points behind.

Before play on the first day the 24 Partners, who made the teams through regional qualifiers, were treated to a short game masterclass from the legendary Roger Cleveland, who flew in specially for the event.

Competing over the tough Jubilee Course and the stunning Castle Course, eight Partners from each nation competed in fourballs followed by singles to see who would walk off with the trophy, the pride and pre-book vouchers from the event sponsors Callaway and Callaway Apparel.

Following the fourballs it was England & Wales who led the way with six points, to Ireland’s five, with Scotland lagging behind on one.

However, this deficit was swiftly overturned during the singles, which saw competitors playing a three-ball medal with three points for the win, two points for second and one point for finishing third.

David Ryan, PGA Professional at Cahir Park Golf Club, is the only player to compete in every Partnership Trophy event so far, winning twice with Ireland.

He said: “It’s a very well run event, the whole team involved from TGI make you feel like you’re a Tour Pro for the few days and the venues are always fantastic.”

“It’s like a mini-Ryder Cup, three days of great fun and camaraderie with all the Partners from all the nations, you get to chat with other Partners from across the UK & Ireland to share ideas, find out what brands are working and what’s not, it’s just a great few days.”

“We had a great team again this year, we learned from the first year when we didn’t win and those of us who have played in this event previously have all spoken very highly of it to our fellow Irish Partners, who all now want to play.”

England’s Richard Fox, from Bearsted GC, was playing in his first Partnership Trophy, and he added: “It’s been a fantastic week, I’d recommend it to every Partner. If you’re not in it you’re missing out, so get yourself down to a qualifier next year and make every effort to get into the team…although perhaps not too many as I’d really like to come back.”

Each nation was made up of eight TGI Golf Partners, who qualified via two events in each country, which were skippered by three of the group’s retail consultants – Peter Smyth (Ireland), Paul McGregor (Scotland) and Chris Taylor (England & Wales).

The Partnership Trophy will return in 2019, with discussions taking place to take the event overseas.