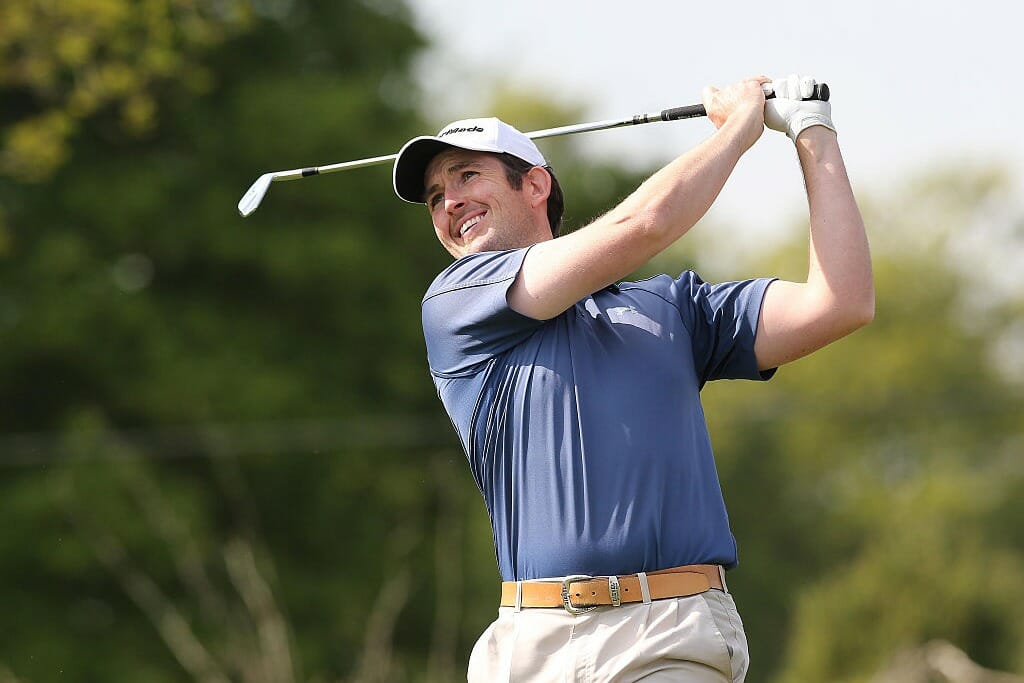 Richard Kilpatrick and Donal Gleeson carded a pair of five under par 64s to share first place at the Elm Park Pro-Am.

The duo finished one shot clear of Eamonn Brady (Clontarf GC) and Michael McGeady (Evolve Golf Coaching).
Old Conna pro Gleeson has played sparingly this summer but found some of the old magic at the Dublin venue producing a bogey-free, five-birdie round.

With a shot-gun start in operation, Gleeson began his round at the 15th and picked up his opening birdie  at the par-four 15th. Turning for home he added further birdies at the second, third, fifth and ninth.
Kilpatrick, meanwhile, is ranked fifth in the Order of Merit and won the PGA Challenge at Tulfarris Resort in early July. He started his round at the first and tucked away four pars before a dropping a shot at the fifth.
That only seemed to spark him into life as he birdied the sixth and seventh, parred the eight and then eagled the ninth to reach the turn in three under 32. The Banbridge GC man collected seven pars and two more birdies, at the 10th and 13th as he came home in two under 32.
The team prize went to Andy Hogan (Edmondstown) and his amateur partners Sean Kearns, Josh Keavney and Colm Kearns with 94 points.