McGeady back on top at Killeen Golf Club Pro-Am 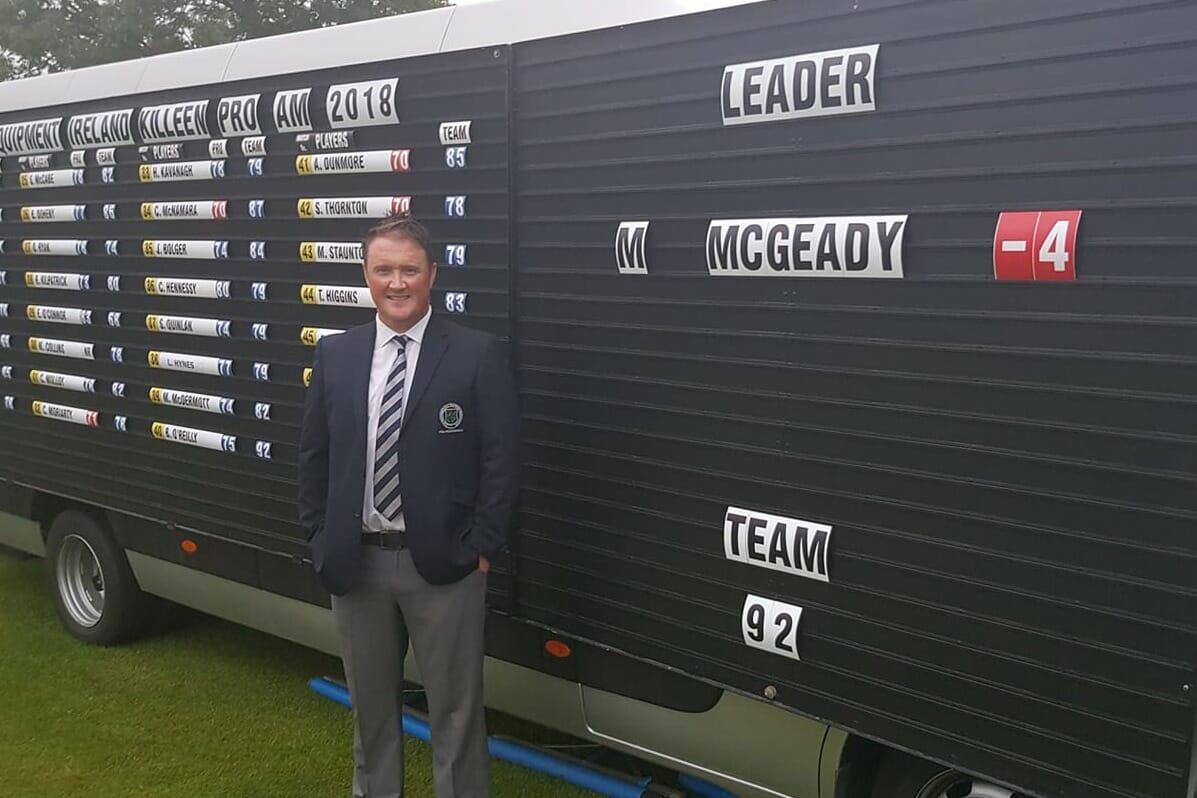 McGeady’s four under par round of 68 at the Co. Kildare venue earned him a two shot advantage over Joe Dillon (Headfort GC), Cian McNamara (Monkstown GC), Adam Dunmore (Bundoran GC) and Simon Thornton (Tulfarris Golf Resort).
The 40-year-old started his round brightly with back to back birdies at the fourth and fifth. He dropped a shot at the par three eighth but bounced back with a  birdie at the ninth to reach the turn in two under 34.
The back nine was a similar story for McGeady who collected three birdies while throwing in a bogey at the 14th to come home in 34 (-2).
“Delighted to get the win the Killeen Pro Am” said McGeady after his round. “It’s a great course with a fantastic finishing 4 holes. If you have not been before its well worth a visit” he added.
Headfort Golf Clubs Joe Dillon continued his good recent form as he tied for second on -2 along with Simon Thornton, Cian McNamara, and Adam Dunmore.
Brian O’Reilly (Glenlo Abbey) and amateur partners claimed the team event with 92 points.