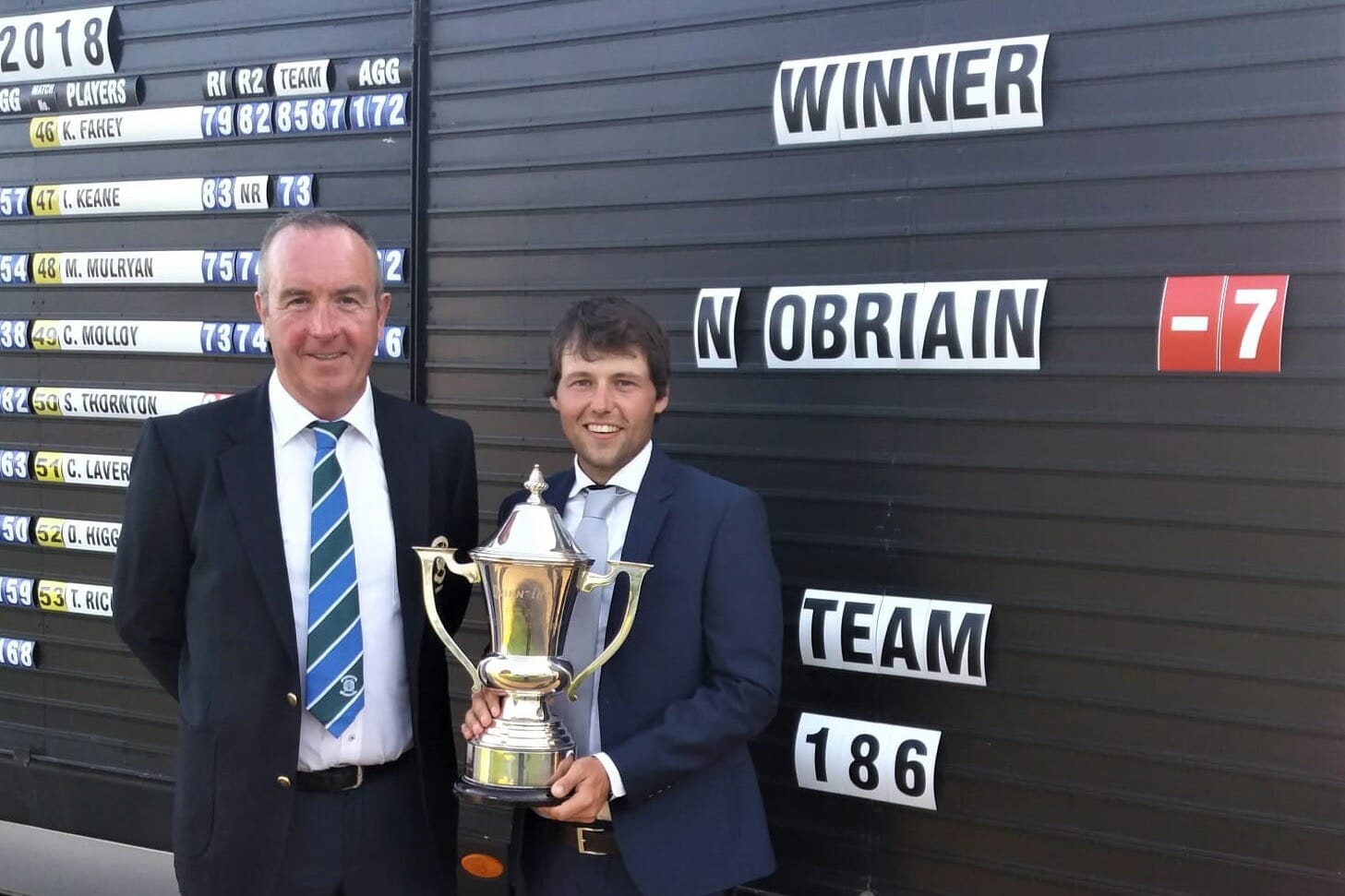 Beautiful Cavan sunshine welcomed the competitors at Slieve Russell on both days of the Slieve Russell Masters Pro-Am but it was Neil O’Briain who shone brightest after 36 holes.

O’Briain posted rounds of 69/68 (-7) for a victory which is his third in four years and in doing so the Old Conna professional joined an exclusive list of three-time champions that includes Ryder Cup star Eamonn Darcy and David Higgins (Waterville Links).

The 31-year-old O’Briain opened his campaign with a three under par 69 that left him four shots off the lead held by Higgins who fired a brilliant opening round 65 (-7) on Monday.

With four shots to make up, O’Briain came out of the blocks fast in the second round and birdied his opening hole, the par four 10th. He added two more birdies over his opening nine holes to reach the turn in three under 33.

The Dubliner collected three more birdies on his back nine but also dropped shots at the fifth and seventh to come home in one under 35 and finish the tournament on seven under.

Overnight leader Higgins couldn’t match his superb play of day one and a second round 73 (+1) saw him drop out of the lead and ultimately finish in a tie for second alongside Michael McGeady (70/68).