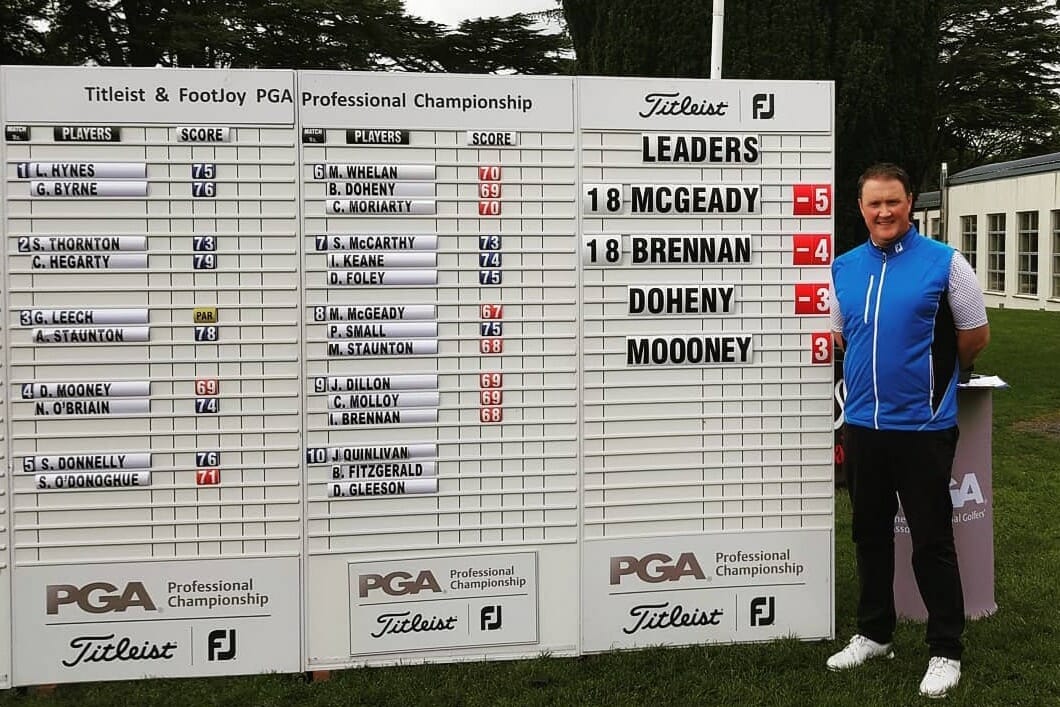 Having recently turned 40, Derry professional Michael McGeady admits he is tailoring his game to his age and it seems to be paying dividends after he won the Titleist & FootJoy PGA Professional Championship Irish qualifying event.

Derry-based McGeady, representing Evolve Golf Coaching, carded a five under par round of 67 at Carton House Golf Club but despite his impressive display at the Co Kildare venue, McGeady won by just one shot from Mark Staunton, of Delgany Golf Club, and Greenore Golf Club’s Ian Brennan, on a low scoring day.

Those three and six other qualifiers will now go to Little Aston Golf Club in Sutton Coldfield for the £78,000 grand final which is being held from July 24-27.

“I’m doing a lot of coaching at the moment, in Derry and Donegal, but I haven’t ruled out playing more Tour golf again. I can go to the final with targets but I just want to prepare well for the tournament and see what it brings.”

“I’ve just turned 40 and feel that maybe I’ve matured a bit on the golf course. I know my limits but I also know how to get a ball around a course to the best of my ability. I need to manage my game well and, when I do, I tend to score well.”

McGeady admitted he took advantage of the ideal conditions;  “They really were perfect, but even if everything is set for a good score, you don’t always get to capitalise on it, but everything seemed to go my way,” he said.

“I had just the one bogey on the 11th, I didn’t hit it right and had to take my punishment by getting it out of the bunker. But then I made two birdies and got back on track.”