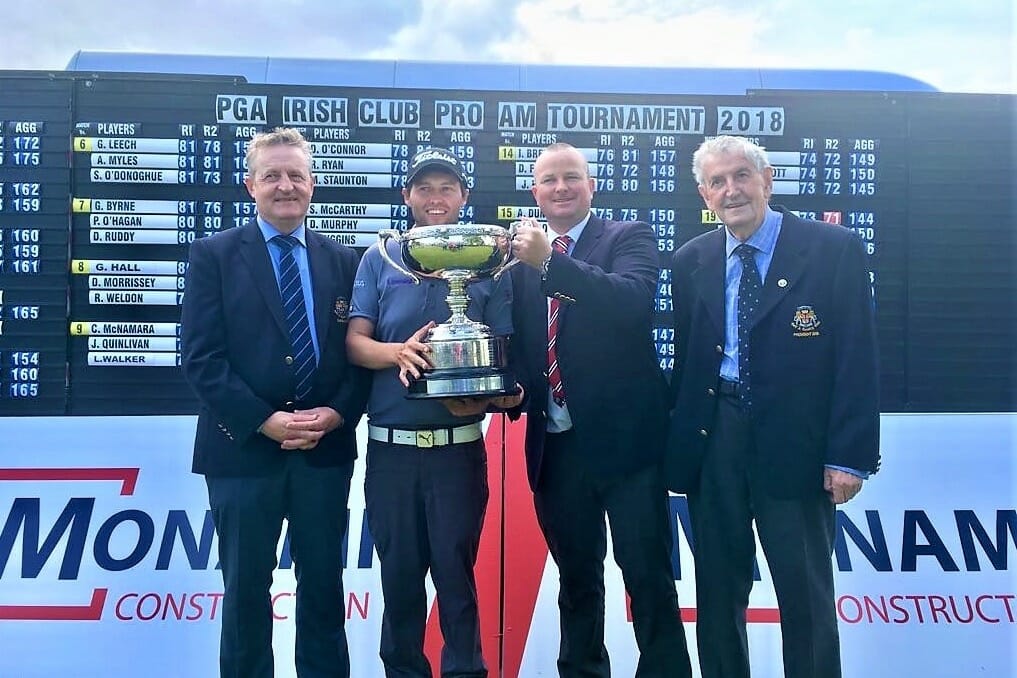 After 36 holes the 31-year-old found himself in a playoff with Eamonn Brady (Clontarf) after both players finished the 36-hole event on four under par.

O’Briain started the final day a full six shots behind first round leader Simon Thornton (Tulfarris Resort) but charged through the field on the back of a six under par 66 which was the lowest score of the week.

“I played really nicely today alright but I knew that I had to go out all guns blazing after a poor performance on day one,” said O’Briain, the 2017-2018 Sunshine Tour rookie.

“It was playing tough especially in round one. The wind is always swirling around and it can catch you out.”

Brady, who carded rounds of 69 and 71 faced O’Briain on in the playoff on the short par four 10th [262 yards] where.in regulation play, Brady had eagled the hole while O’Briain had flown the green but somehow managed to escape with a par.

“It was slightly colder by the time we got out for the play-off and I hit a cutty driver into around nine feet,” said O’Briain.  “Eamonn followed me and hit a great three wood and was only 16/18 feet away on the fringe. He rolled his putt down to gimme range and mine was downhill and left edge and it just about hung on to drop in.”

“I’m very happy to win this title, it’s one of the trophies that I am missing.”

Overnight leader, Simon Thornton (Tulfarris Golf Resort) followed up his opening round 68 with a one over 73 to finish tied for third.