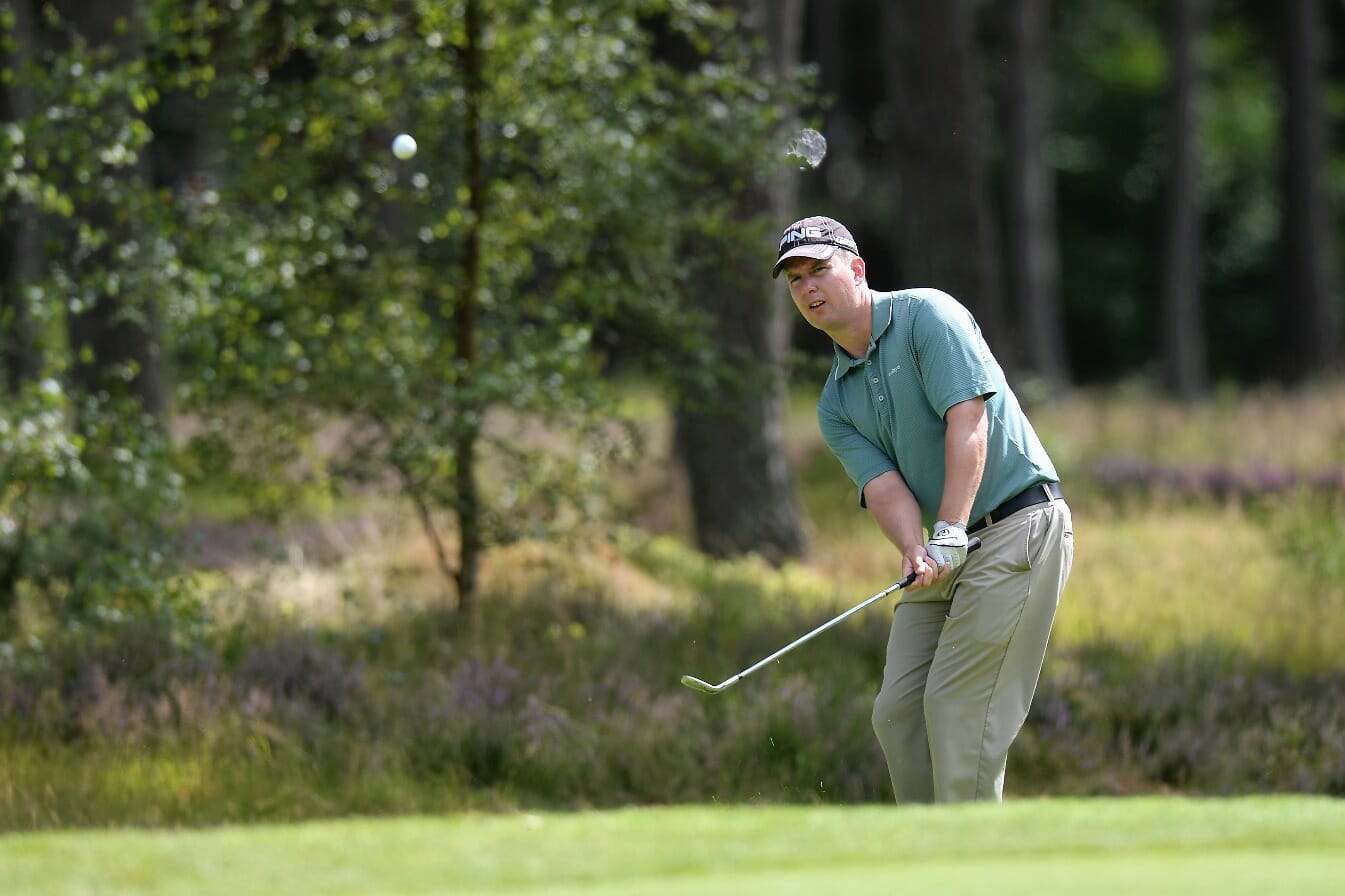 Brady, the recent winner of the Moran Cup, opened the tournament with a six under par 66 to lead alongside Richard Kilpatrick (Banbridge Golf Club). McDermott, meanwhile, was handily placed after the close of play on day one, just a shot back.

Playing the Palmer Ryder Cup course on day two, Michael set about reducing the gap with a birdie on his opening hole of the day, the par five 10th. He continued to pick up shots over his opening nine holes, collecting two more birdies and an eagle at the par-five 18th to reach the turn in five under 37.
His back nine was rather sedate in comparison, with dropped shots at the fourth and fifth, cancelled out by birdies at the seventh and eighth as he came home in level par 35.

Overnight leader Brady couldn’t match those fireworks, posting a two-under par 70 while Kilpatrick’s one over 73 saw him slip into a tie for fourth.
In the team event, Royal Curragh’s Gerry Burke and amateur partners Catherine Kinane, Michael Kinane and Michael Burnell posted a two round total of 172 points to collect first prize.