After all the hubris and the banter it was all business at the second day of the TGI Golf Partnership Trophy in Lough Erne with the Irish team emerging victorious.

It was all to play for with Ireland taking a narrow one point lead into the adjusted singles format where each group of three players played a strokeplay match against each other with three points for a win, two for second and one for third so there were plenty of points on the table and the outcome was far from decided.

IGM’s Editor, John Shortt crashed the Irish team’s pre-match team talk in the hopes of imparting some luck this year after they had been narrowly beaten in a playoff last year and the mood in the camp was very strong. Tactics were discussed and players were encouraged and then Captain Peter Smyth’s charges were sent to battle! 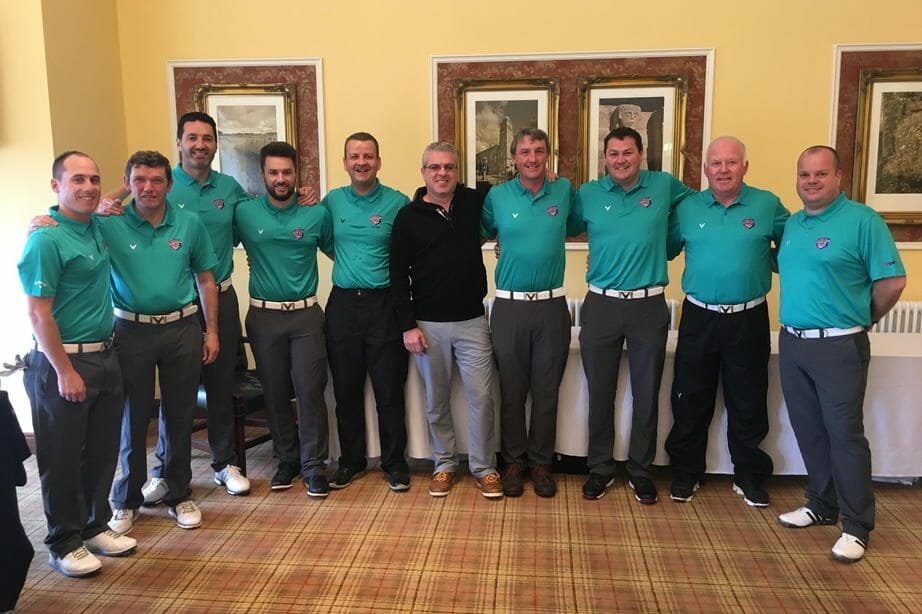 It all came down to the final two matches with Ireland stalwarts David Ryan and Brendan McGovern sealing the win with victory in each of the bottom two matches to give Ireland a narrow (but well deserved) half point victory as they edged Scotland by 22 points to 21.5 with England & Wales trailing on 16.5.