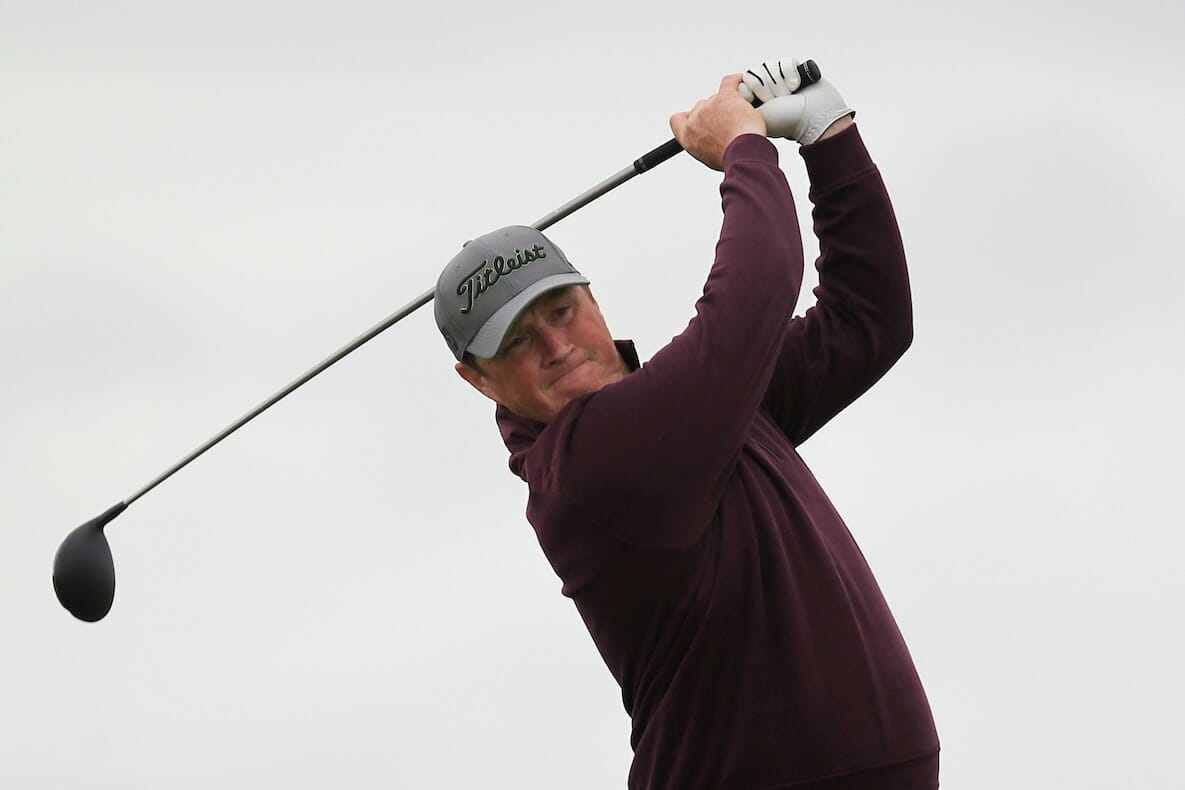 Michael McGeady cruised to a five shot victory in the two-day Walled City of Derry/Foyle Pro-Am. The 39-year-old dropped just one shot over 36 holes of competition at City of Derry GC and Foyle Golf Centre.

David Higgins (Waterville Links) and Damien McGrane finished in second place on seven under par, with Steven Quinlan (Halpenny Golf) and Irish PGA Champ, Tim Rice (Limerick GC), a shot further back on six under.
McGeady laid the groundwork for this latest win with a stunning eight under par 62 opening round at City of Derry GC. A former junior member of the club, Michael put that local knowledge to good use, with an eight birdie barrage in a round that included seven threes!
“That was my lowest round at City of Derry since they changed it to a par 70. I played very well. My iron play was exceptional,” said Michael.
“I holed out well but I didn’t hole anything of ridiculous length. Around 15 feet was the longest putt I holed and I also putted well from that five, six foot range.”
He finished day one with a three shot advantage over Rice and Ciaran Molloy (Ardee), both of whom had played their opening rounds at Foyle.
“My attitude going out on Sunday [for round two at Foyle] was to shoot as low a round as I could. I tried not to think about my score,” he added.
“A number of the players are capable of going low; shooting nine or 10 under. You just don’t know. I focused on hitting every shot as well as I could, and tried to hole every putt and it seemed to work out quite well.”

He made an early mistake at Foyle, dropping a shot at the par three fifth but righted the ship immediately with a bounce back birdie at the sixth. From there, he played some controlled golf, adding four more birdies to ease to success.
“I live a couple of 100 yards from Foyle Golf Centre so this is my home event and it is a nice one to win,” he said.
“There was a bit of added pressure because all the locals wanted you to do well and I was playing with a team of friends who were also hoping that I played well but thankfully, I just seemed to get on with it and played some good golf.”
Philip Farrell (Laganview Golf Centre) guided his amateur partners, Jason Donnell, Robert Mitchell and Ryan Rutherford to victory in the team event with 181 points over the two days.
The Ladies team prize was won by Ciaran Molloy (Ardee) and amateur partners, Rachel Chambers, Cheryl Chambers and Deborah Doherty with 172 points.
The Walled City of Derry/Foyle Pro-Am
At City of Derry & Foyle GC
Leading Scores
1 – M McGeady (62/67), -12
T2 – D Higgins (Waterville Golf Links) (67/67) -7, D McGrane (68/66) -7
T4 – S Quinlan  (Halpenny Golf) (69/66) -6, T Rice  (Limerick GC) (66/69) -6