Thumbs up as Thornton grabs victory at Belvoir Park Pro-Am 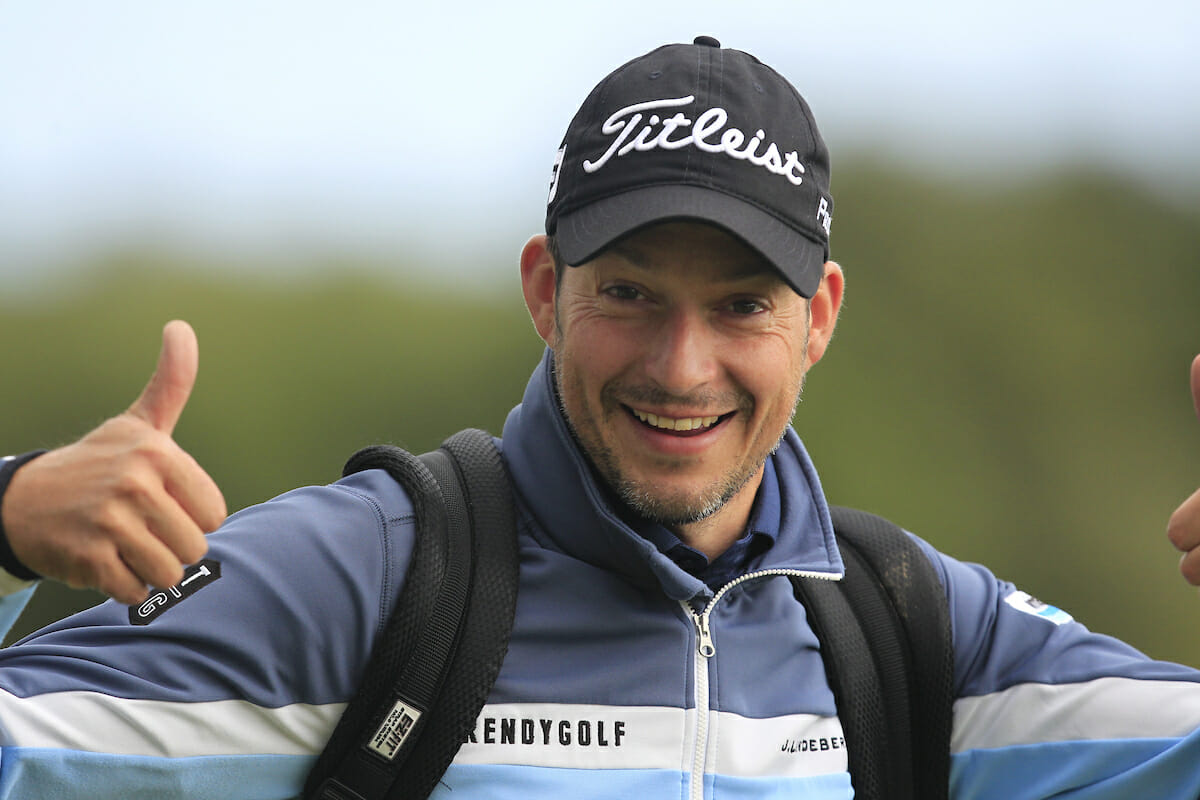 It was all thumbs up to Newcastle professional Simon Thornton as he is easing back to full fitness following a recent surgery.

On Tuesday, Thornton coped admirably with blustery conditions to win the Belvoir Park Pro-Am as he fired a three under par 68 to edge out Headfort’s Joe Dillon at the Belfast course.

“It wasn’t easy. It was hard to pick the wind with it swirling through the trees,” said Thornton who is still easing himself back to full fitness following surgery on his feet.
“We’re on schedule, they are sore towards the end of the round but it’s not the same pain as before, it’s pain from the operation and that will ease in time.. hopefully.
“It’s a slow process, I’m not rushing it because there is a lot of golf to come with the Irish PGA Championship and then the Irish Open. I just have to manage it as well as I can.”

Starting at the first, Simon raced to three under after four holes courtesy of birdies at the first, third and fourth. A dropped shot at the seventh slowed his progress but he turned for home in two under 34 and an eagle at the par five 10th saw him reach four under for his round.

Simon added; “It was a nice start and then I pitched in for that eagle on 10 but after that I was finding the middle of the greens with my approach shots and two-putting for pars.
“I bogeyed the 15th when I hit a three-wood into the trees but I think I could have been a few more under par if I had been a bit sharper.”
Kilkeel GC professional Jerry Scullion, guided his amateur partners of Neill Roulston, Ian Emerson and Sam Gillespie to success in the team event with 84 points.